Proposed New Gas Meters Are Efficient, But A Design Problem For Buildings Old And New 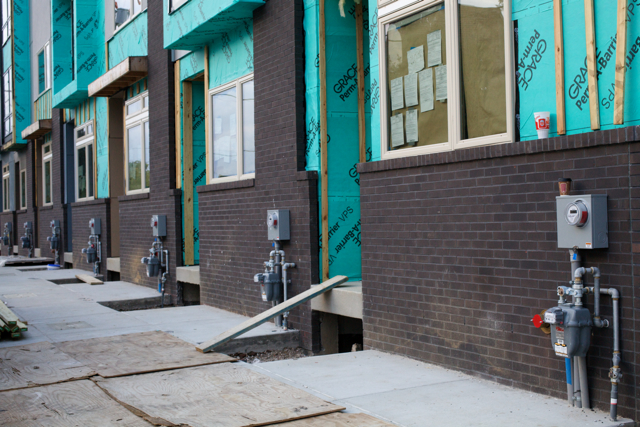 Wayne Dougherty, mayor of Havre de Grace, Maryland, found himself entangled with Baltimore Gas and Electric employees last summer after he learned they were planning to dig up the driveway in front of his house. BGE had decided that it was time for him to receive his new smart meter.

Around that same time, in the city of Lancaster, Pennsylvania, Mayor Rick Gray begrudgingly told the Intelligencer Journal, “I’m going to get one in front of my house. I’m not going to like it, but I’m going to get one.” UGI Utilities, Central PA’s largest natural gas supplier, made sure Gray knew he was getting a new gas meter, too, whether he liked it or not.

Both are mayors of mid-sized, atypically dense, historic cities similar to Philadelphia. Both are also high-profile, powerful citizens whose personal clout did not prevent them from being caught up in a nationwide shift in how utility companies deliver natural gas, as energy providers embark on a long, expensive process to upgrade and shift gas meters from basements to the exteriors of buildings. The large grey boxes track energy consumption and need to be examined periodically by the utility company. Although meter reading is mostly done wirelessly nowadays, mounting gas meters on the front of buildings makes them easier to maintain, and reduces the amount of piping used to connect a house to the gas lines that run under city streets.

Federal guidelines, handed down to state regulatory commissions charged with implementing the upgrade, say the new meters can operate at a higher pressures, therefore delivering gas more efficiently – and cheaply. Mounting the meters on the outside of residences also theoretically reduces safety risks and makes them easier to monitor and maintain, and provides an opportunity to replacing aging pipes with newer, more corrosive-resistant materials.

However, historic preservation and anti-blight advocates across the county have decried the changes for much the same reasons as the two mayors. They say they will indelibly alter historic structures and bring unsightly clutter as the large gray boxes begin to populate crowded blocks of rowhomes or period houses. Opponents also say the exposed outdoor meters would be susceptible to vandalism in urban areas.

While UGI has seized the initiative and begun upgrading its meters, other agencies in Pennsylvania have waited for statewide guidelines to emerge. The impending change has largely flown under the radar in Philadelphia. Now, the Pennsylvania Utilities Commission (PUC) is preparing to adopt formal guidelines that would mandate that all PA gas providers adopt the new meters within 10 years. Last week, PUC ended a period of public commentary on their proposed implementation of the upgrade, and could begin to deliberate on the final guidelines as soon as next week. 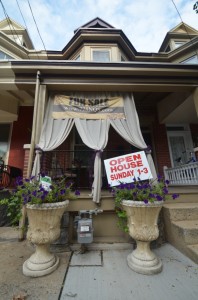 Local preservation groups have already filed formal complaints with PUC. Ben Leech, advocacy director for the Preservation Alliance (and periodic contributor to the Hidden City Daily) said his organization was primarily concerned with how the proposed version of the guidelines provided outdoor meter exemptions only for historic buildings on the Federal Registry. Many of Philadelphia’s historic structures are only certified by the municipality.

Said Leech, “There is a difference in the levels and sources of [historic] certification, and lay terminology sometimes assumes they’re covering everything when they say ‘historic’ this or that. I don’t know if that is the case here or not, but there would be legitimate municipal resources that they would avoid by calling out one type of certification versus the other.”

PUC has also included outdoor meter exemptions for “high-risk vandalism areas,” something Leech’s group feels should automatically apply to most of Philadelphia given the density and lack of setbacks of many older homes. It’s not currently clear if this would be the case.

The Preservation Alliance has begun notifying neighborhood associations about the changes to raise public awareness about the issue. Artist Sarah McEneaney, president of the Callowhill Neighborhood Association, is worried about the visual impact on her neighborhood. “We have a lot of condo and apartment conversions in our neighborhood,” she said. “You could end up with a building that has a hundred meters on the front. It’s crazy, it’s just horrible.” Her group is one of the first to begin rallying its members against the changes.

Leech stressed that his group was not trying to stonewall the process and recognized that PUC was attempting to cooperate with federal stipulations and also upgrade aging infrastructure. “But, while that may be okay in spirit, there is a real lack of understanding about what proper language is, and the ramifications of some of these strange word choices,” he said.

Loopholes in the language of the regulations concern historical advocates because of the final, perhaps most telling commonality of the aforementioned tale of two mayors: each mayor was promised by his respective utility company that new gas meters would not be installed on the facades of any historically certified buildings. In the case of Lancaster, this agreement would have encompassed most of the homes in the city, which is almost totally covered by a Federal Historic District.

However, with no firm guidelines in place to stop them, UGI was able to simply renege on the informal agreement they had hammered out. They began installing the new prominently-placed gas meters, and all the municipality could do was vigorously complain. UGI later compromised by agreeing to install indoor meters – but only in a handful of municipally designated districts, and not in the more far-reaching federal district.

This confusing back and forth is precisely what PUC’s guidelines are supposed to prevent. 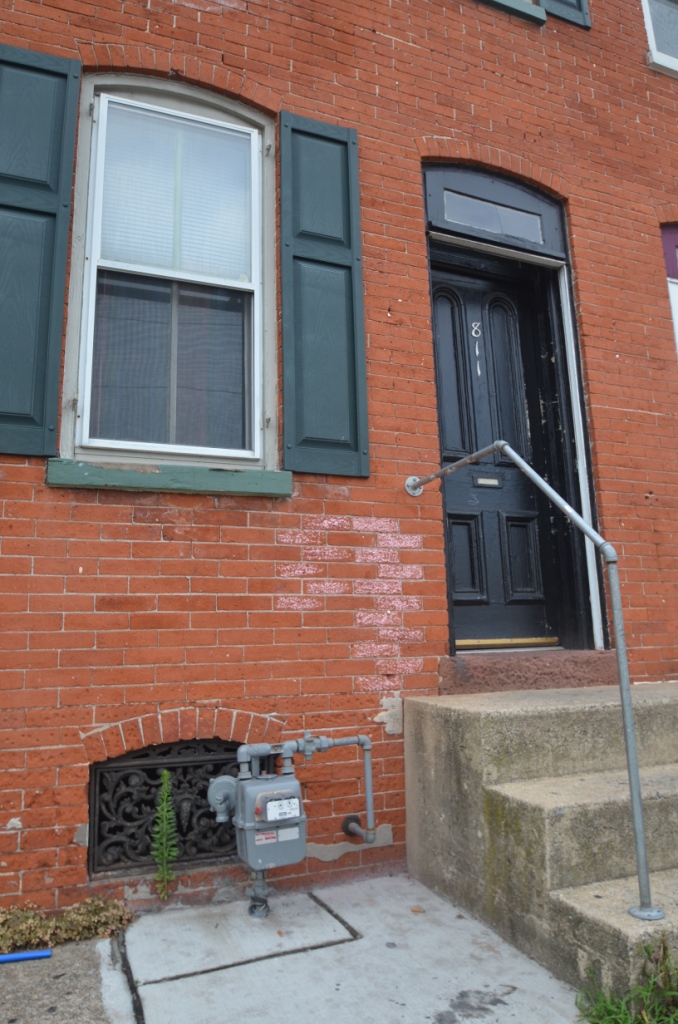 But just as preservationists have excoriated PUC’s initial guidelines as an overreach by energy companies, some of these very same utility providers have also assailed the regulations for being too broad. Philadelphia Gas Works (PGW) dispatched nine pages of commentary that called the regulations on meter relocation “vague, inadequate and out of date.”

PGW’s complaints are manifold, ranging from worries about the costs of relocating regulators (it estimates up to $74.7 million, a cost that would be borne by rate payers) to questions over what exactly constitutes a “high risk vandalism district.” But more than anything else, the utility attacked the blanket language used to enforce the change in a city with older housing stock and many aesthetically significant blocks.

While area preservationists and PGW are both certainly critical of the bill for self-interested reasons, they have inadvertently overlapped on the core problem of meter relocation: that the language is too broad and too final to encompass a city with as varied a built landscape as Philadelphia.

Jennifer Kocher, spokesperson for PUC, says that this is why PUC has a comment period. “You have to start somewhere. You have to establish a definition…We put out proposed rule making with the rules in it up to this point and we will look at it from there,” said Kocher.

Recently, BGE acquiesced to public pressure, incensed by the handling of meter installation in Havre de Grace, and began to offer customers the ability to opt out of receiving outdoor meters. This change comes one year before the utility was scheduled to begin installing meters in Baltimore city. The lesson: while our public agencies should be lauded for seeking to enhance infrastructure and reduce costs, steamrolling the implementation of said changes is not the answer. These citizens are stakeholders and ratepayers who deserve a voice in this process, but more tangibly they are a force to be reckoned with.

PUC would do well to heed the comments it has received thus far.