"Pantyhose Factory" School In Danger And On The Block 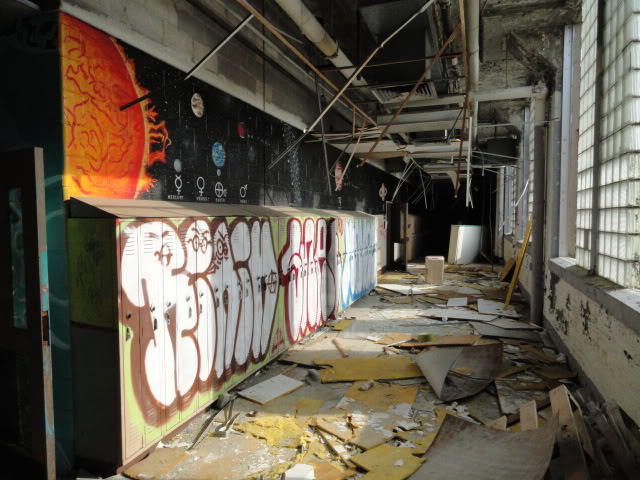 We often report on vacant schools put on the market, vulnerable old factories susceptible to fire, and explosive historical events that have shaped Philadelphia and national history. Not too often do all these things come in one package, but that is surely the case at the former Apex Hosiery at Fifth and Luzerne, the turn-of-the-century “pantyhose factory” that became the infamous Roberto Clemente Middle School and now feels like a neighborhood menace. Just one of many closed schools on the market, this one is listed for $250,000. 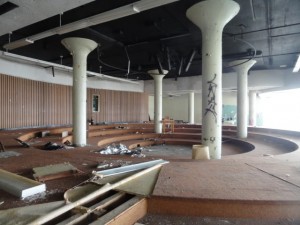 An odd auditorium-type room on one of the upper floors | Photo: Shadowbat

A year ago, the building, which was last used in 2007 as a book warehouse, became finally a criminal haven. During this period the site was all but overrun by hoards of scrappers, vandals, taggers, prostitutes, and drug addicts. Residents heard the banging and crashing coming from within, the sound of of copper or aluminum being pulled out of walls and windows then tossed without care into the courtyards. Looking up, they saw pieces of concrete, pipe, chunks of glass, and insulation dangling from gaping rectangular voids where windows used to be. Would that stuff drop now or later? Those who parked nearby ran the risk of their car getting banged up by the falling debris. Few were willing to wait for the Route 47 bus on the corner of 5th and Luzerne, lest they get hit by a piece of concrete or glass from above.

Only some of those neighbors probably knew the building’s contentious history. By the 1930s, Apex Hosiery was the largest nonunion stocking factory in Philadelphia. Company president William Meyers was staunchly anti-union, but unlike other textile manufacturers he didn’t close his shop and move to the South. Instead, he employed menacing intimidation tactics to prevent employees from joining the American Federation of Hosiery Workers. Out of 2,500 workers employed in 1937, only eight considered themselves AFHW members. 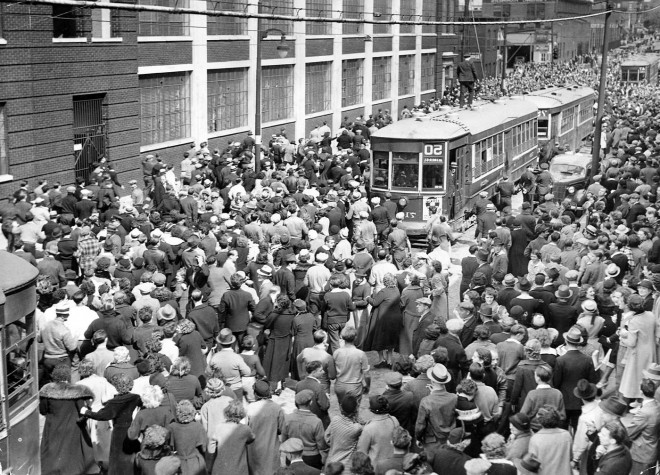 But just after noon on May 6, 1937, Apex workers backed up by a phalanx of some 10,000 unionized hosiery workers from other mills stormed the property by smashing through windows and doors. Meyers and the management team were physically assaulted but managed to escape–although police refused to come to their aid. Meanwhile equipment inside the plant was sabotaged and paperwork destroyed.

Meyers, however, still refused to give in to AFHW Local 1 president William Leader’s demands that the plant be organized, and thus began one of the most famous sit-down strikes in the nation’s history. Nearly 300 strikers remained in place for some seven weeks. Nourishment, bedding, and pay were taken care of by the union. As shipments remained idled, Apex filed suit and secured an injunction to force the factory to reopen. 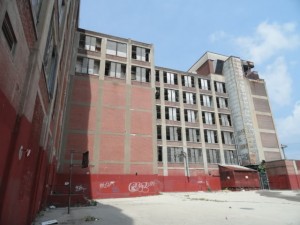 These efforts were stymied as picketing continued unabated, forcing Meyers to allow Apex to become a union shop. Apex management in turn claimed the strike violated the Wagner and Sherman Antitrust Acts by stopping the flow of interstate commerce (85 percent of the hosiery shipments were out of state). The press would keep close watch as the case made it all the way to the US Supreme Court, which ruled on May 27, 1940 that the strike did not violate antitrust laws.

In the 1950s Apex began operating at a loss an in April 1954 the factory was closed. Management cited the high cost of labor in comparison with mills in the South.

After a series of ownership changes, the School District of Philadelphia purchased the building in 1967. Factory floors were hastily converted into classrooms for the Pennsylvania Advancement Middle School, which welcomed its first students on October 14th. In June 1984, the school was renamed Roberto Clemente Middle School, after the Puerto Rican Major League Baseball player who was killed in 1972 delivering supplies to an earthquake-ravaged Nicaragua. 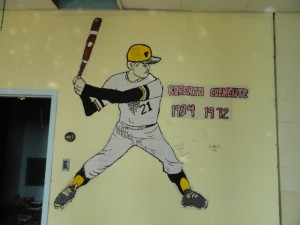 By the 1990s, the “pantyhose factory school” had become infamous for facilities that were outmoded and in poor repair and once again the building became the subject of protest. The Inquirer reported on a spree of arson fires and a bomb threat. The elevators in the six story building were inoperable; there were operating science labs and a small and dirty cafeteria. Gym classes were held in what was derisively called “the cage” on the building’s first floor. A report by the television program “20/20” compared Clemente to a “third world country.”

In May 1992, 55 years after the union protest, 30 parents and 40 students began a boycott of the school’s grim condition, believing the mostly Latino children had been all but forgotten and vowing to keep up their demonstration until they received written proof that the School District would commit to a new building. 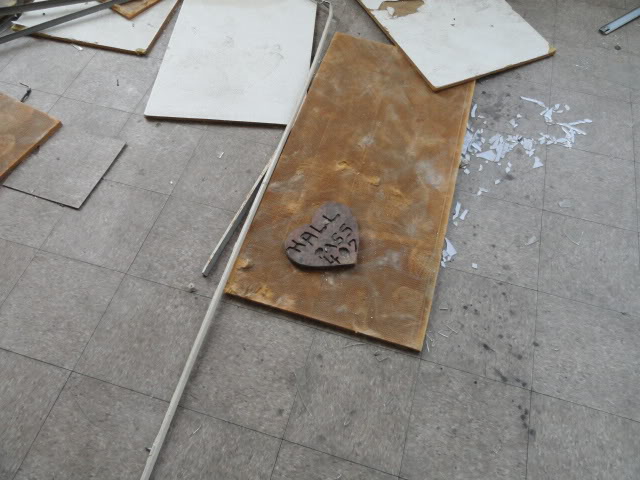 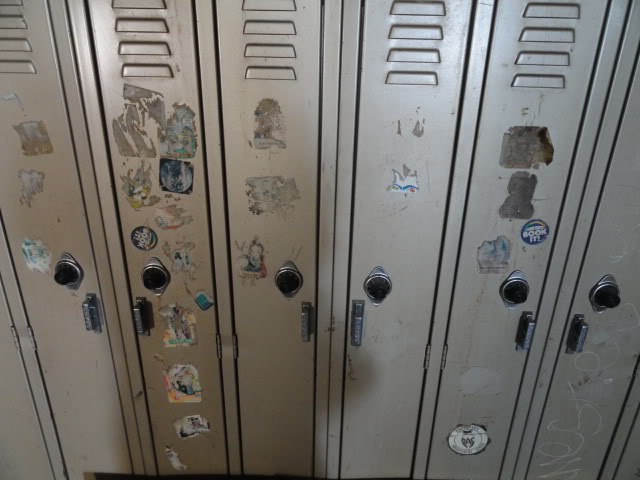 Who remembers the Garbage Pail Kids? The “Book it” program? | Photo: Shadowbat

Officials and activists finally broke ground on a new Clemente at Second and Erie, designed by Studio Agoos Lovera, in February 1993. The new school opened at the end of 1994. The school represented the first major investment by the city or the School District in the rapidly growing Latino community. The new Clemente included a community center, offering recreation, health, and tutoring services.

What would become of the old Apex building? Storage for the most part, although the third floor became home to the Greater Philadelphia Book Bank. Founded by businessman Robert Graves, this facility accepted used schoolbooks that public and private school teachers could pick up for free. But citing cost concerns, the School District evicted the Book Bank and closed the building in 2007.

Lack of security led to break ins by scrappers shortly afterward. By 2011 junkies and scrappers (or a combination of the two) began fighting battles. Meanwhile prostitutes and their johns made use of a pile of mattresses that for some reason had been stored on the ground floor. Graffiti artists soon decorated the halls and tagged the roof. Neighbors called the police, the cops would drive around and occasionally remove people from the premises, but this had little effect overall. Each time the School District sealed the windows and doors they would be forced open again. 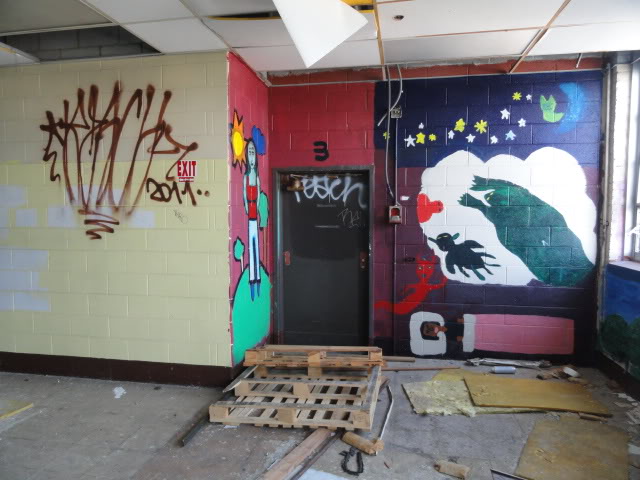 After media attention last year, the School District welded metal plates across the doors and windows and installed a fence around the entire property, blocking off the sidewalk. Yet even with access to the ground floor sealed, the upper floors remain wide open, allowing debris–which may possibly be loaded with asbestos–to blow out if the wind was right. City controller Alan Butkovitz called for emergency demolition, but his proposal was largely ignored. In February, Apex was among 12 vacant School District properties put up for sale.