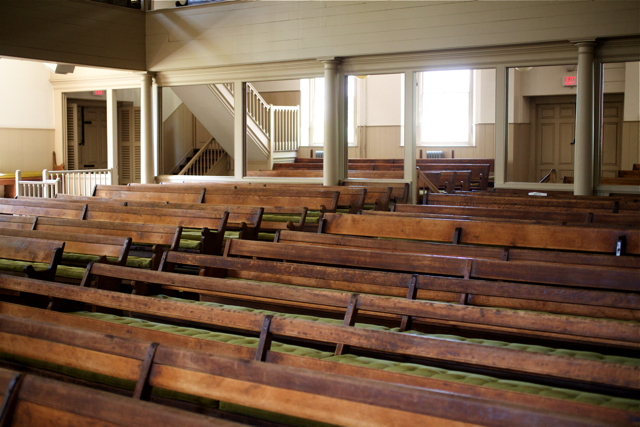 Friends from around the region attending their yearly meeting later this month will walk over never varnished, native yellow pine floors laid in the early 1800s to take a seat on benches with horse hair filled cushions from the 1740s. They will discuss issues facing their faith and worship in the west meeting room of the Arch Street Meeting House just as their Philadelphia founding predecessors. The room exists with the same purpose and in much the same state as when completed in 1811.

William Penn gave the land at Arch Street between 3rd and 4th to the Quakers in the 1690s. The Friends used it as a burial ground until the congregation’s women pushed for additional meeting space. An east meeting room connected by a center pavilion to a west meeting room shortly covered the site’s 10,000 graves to serve as the home of Philadelphia’s Quakers. 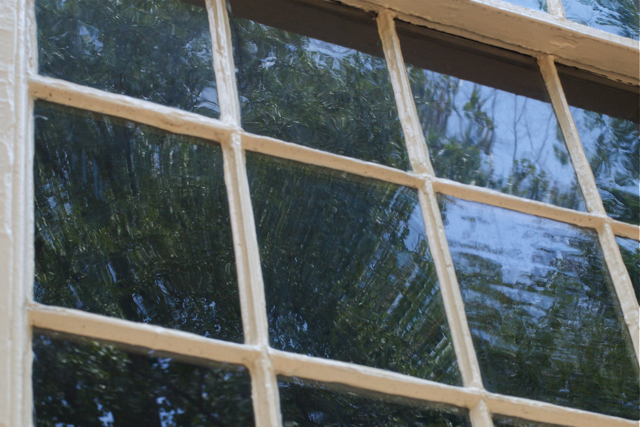 The Arch Street Meeting House’s historic treasures extend beyond the bench cushions, flooring, and unmarked graves to the wavy glass in its windowpanes, made by skilled craftsman using a mouth blown process. Glass makers opened a molten glass ball on the end of a blowpipe into a crown like shape, transferred it to a rod, flattened and reheated the crown to create a disc shape, and then thinned the disc by spinning the rod to increase the glass disc to a diameter of five or six feet. They then cut the glass to the appropriate windowpane size. Crown glass was one of the most common forms of window glass until the Industrial Revolution. Today its production process is practically a lost art; the replaced panes in the Arch Street Meeting House are easily identified by their lack of curvature. 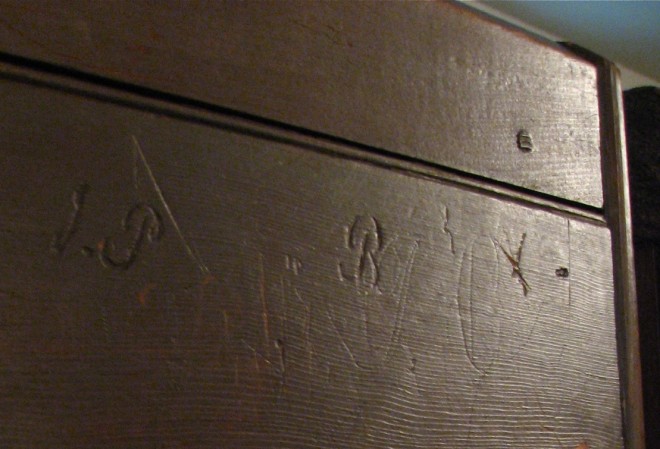 Close inspection of the second floor benches, originally reserved for boys, revels another Arch Street Meeting House find. Intricately lettered initials in a cursive font appear carved into the wood. It seems the desire to quietly pass time by leaving one’s mark was as strong in the past as today.