The Inquirer called it a vacant warehouse, but that doesn’t begin to describe the rich vein of industrial, commercial, and labor history hidden within the complex of buildings at Front and Girard that burned on Tuesday.

Perhaps the greatest beauty of this city is the way layers of history accrete over time. What was special about this site was that you could still see them all simultaneously: mill, distillery, coffee roaster, furniture and appliance wholesaler, cabinetmaker.

And Google gives us some help imagining. We’re not sure when the property was first developed but there is a tantalizing hint in this first photograph, from Google Streetview. 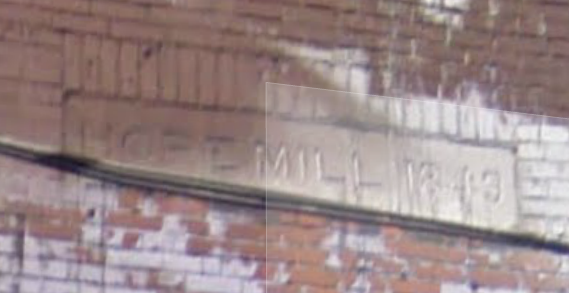 Above the second floor window of the now-demolished building was this marble nameplate, “Hope Mill, 1843”, probably taken from an earlier building on the site and installed as a record of history. We weren’t able to find any record of a Hope Mill in Philadelphia, but a Hope Street Mills was built in 1854 just two blocks away, on Hope Street between Thompson and Master. Ironically, the remaining Hope Street Mills building burned down in 2008. 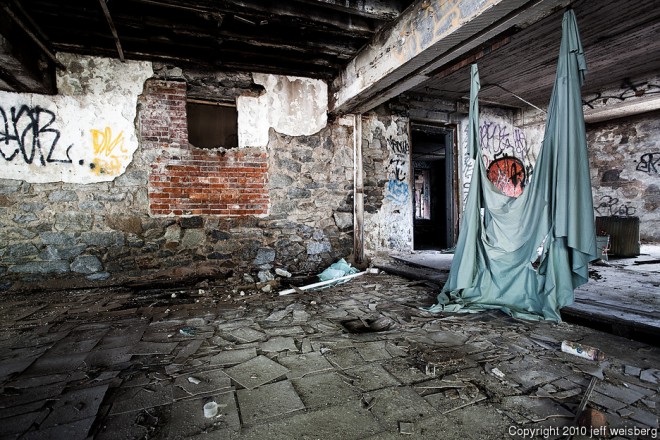 The building with the “Hope Mill 1843” nameplate was the oldest in the complex and had interior walls made of stone rather than brick. 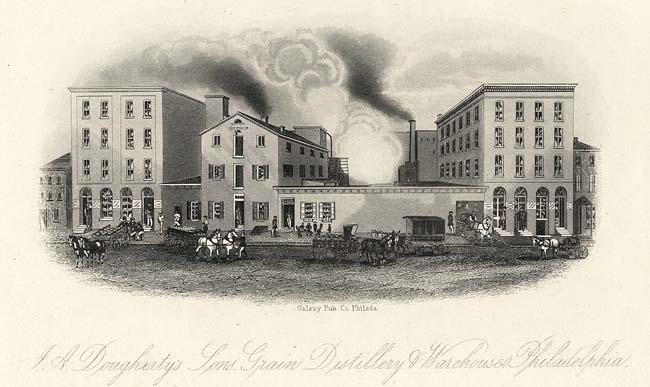 The buildings were built with 1 1/4 inch yellow pine flooring – good fodder for fire. All of the buildings on the left side of the this picture up to the stable entrance on the right were destroyed. The four story building on the right, owned by John Galdo, survived the fire. 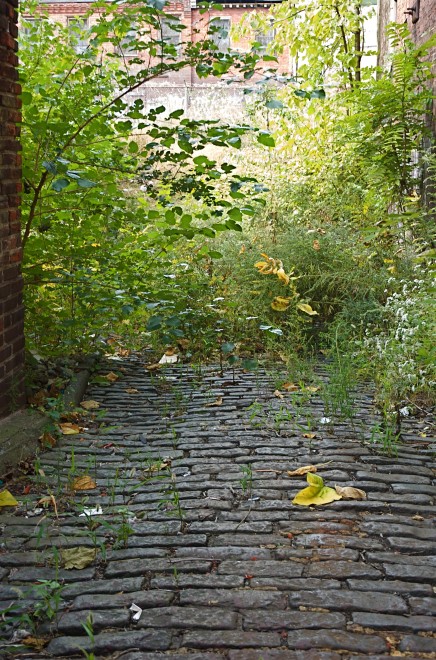 Those horses exiting the courtyard probably rode over these cobblestones. Many mid-19th century mill complexes, including Buck Hosiery, which burned earlier this year, had similar courtyards.

Philadelphia’s old breweries get most of the attention, but before Prohibition there were numerous distilleries throughout the city. We reported on another a few blocks away. 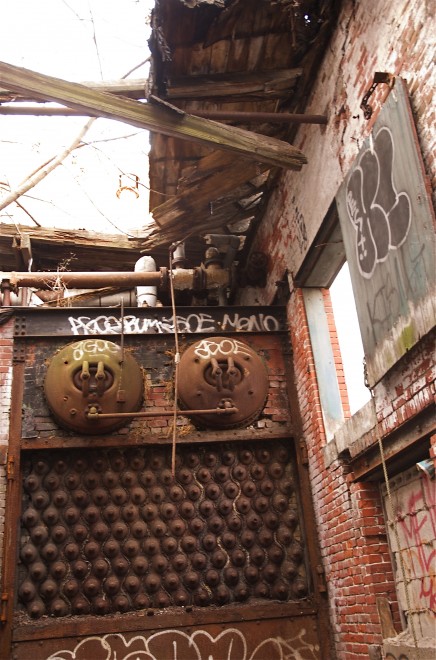 Probably one of the original boilers from the distillery. It was located directly behind the distilling building (number 4, above). 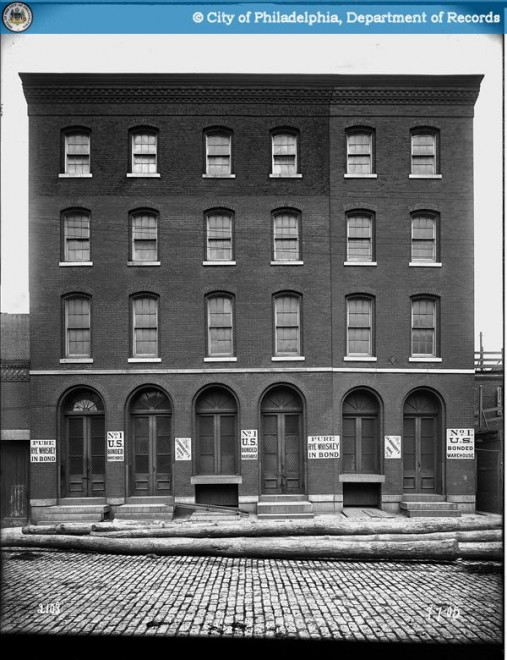 As a bonded liquor warehouse, there was one government watchman and one representative of the company on site. 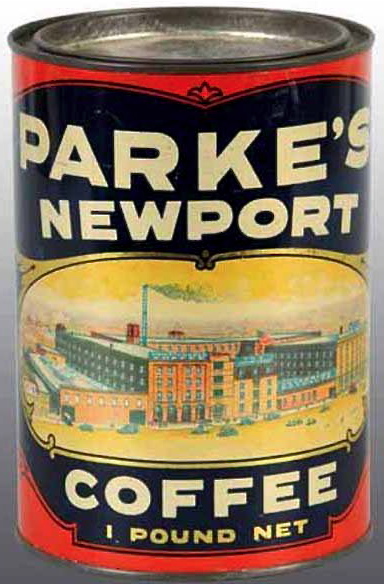 Prohibition killed Dougherty and L.H. Parke took over the complex in the 1920s. They were so proud of their roasting facility that they put it on the can. 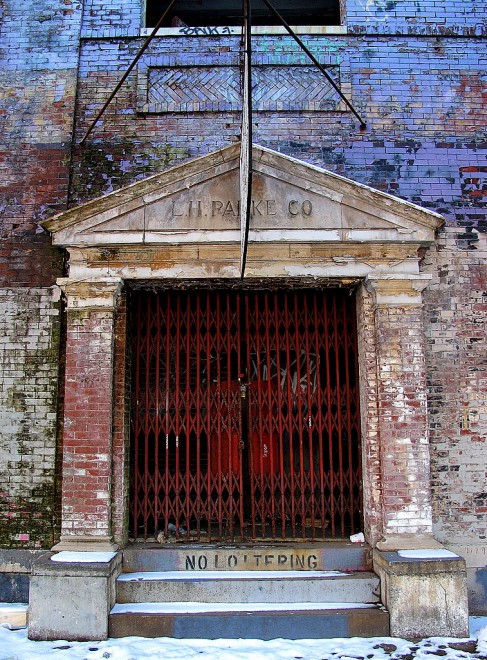 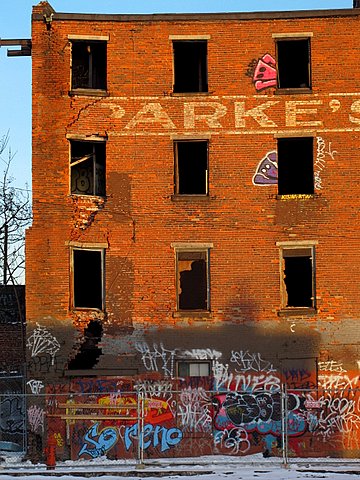 And plastered their name all over the complex. 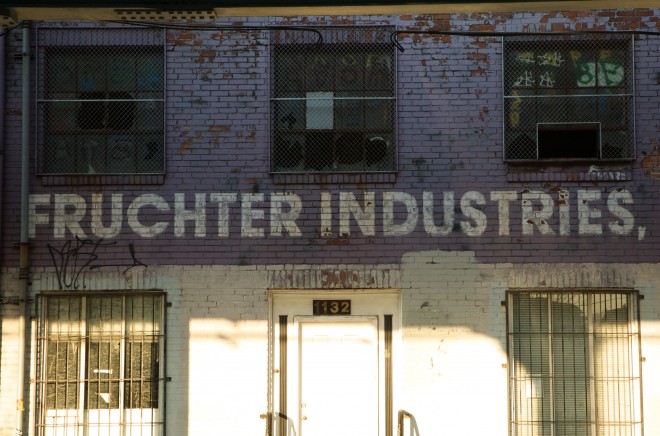 We’re not sure when Parke moved out; the company was purchased in the early 1960s and through a series of mergers eventually became part of the multi-billion dollar US Foods Company, which serves restaurants, hotels, hospitals and schools. Fruchter Industries, a furniture and appliance wholesaler, moved in. 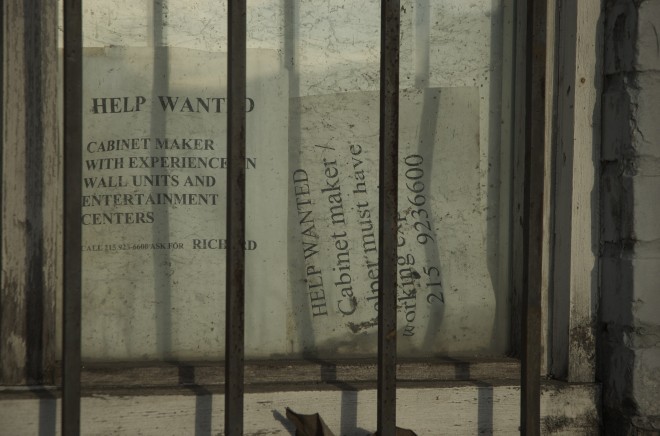 The last tenant was the cabinetmaker Wood Superior. The buildings languished for almost a decade 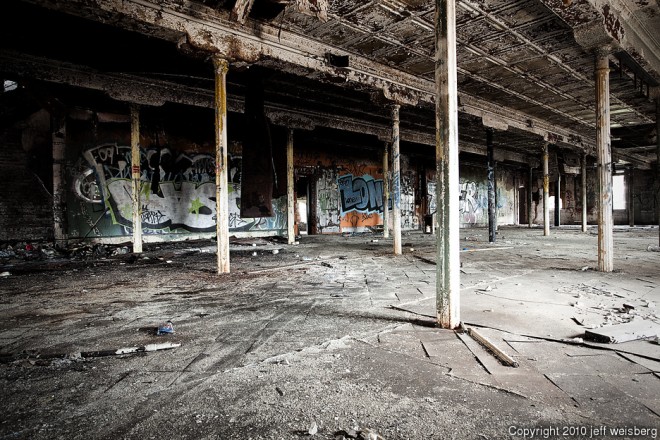 The decorative metal columns and the wood beam construction was still lovely, despite the graffiti and peeling paint. 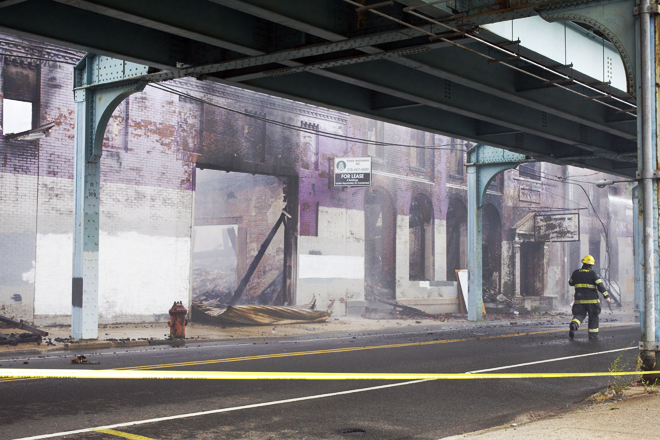 And then came Tuesday’s fire.