Gretz Cited For Violations But Demo Not Imminent (Updated) 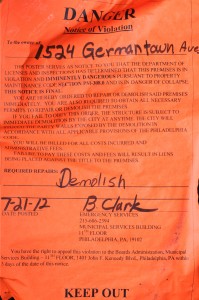 A week ago yesterday, after visiting the Gretz Brewery at Oxford and Germantown Avenues in Kensington, code inspectors from the city’s Department of Licenses and Inspections handed out six new violations for collapsing walls and chimneys and other structural deterioration. (We profiled the building last month HERE accompanied by a photo gallery HERE.) Gretz’s owner, the developer Tony Rufo, had already been cited for missing licenses and open doors and windows. According to our sources, Rufo had appealed those earlier citations.

The new citations were accompanied by a “repair of demolish” notice pasted to the building. The notice means, in effect, that Rufo has to apply for permits to repair or demolish the building. No permits have been pulled.

If Rufo doesn’t respond to the notice, L&I can repair the violation or demolish the building, placing a lien on the property. However, the decision to demolish would likely need the approval of a judge.

Advocates for restoring and reusing the brewery have begun the process of nominating the building for Philadelphia’s historical register, a designation that would nominally protect it from demolition. Nevertheless, it isn’t clear that the designation nomination process is continuing forward. Philadelphia Historical Commission executive director Jonathan Farnham told us his agency hasn’t received a nomination for the building and they aren’t aware of any in the works. 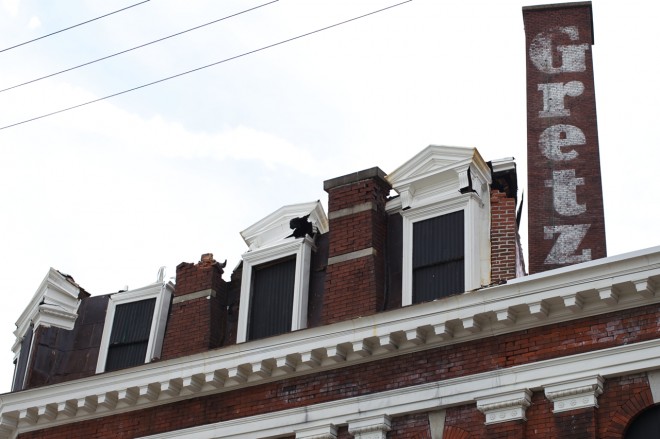 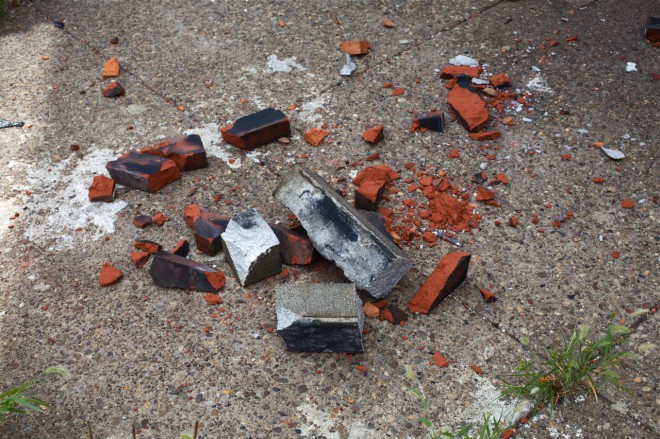