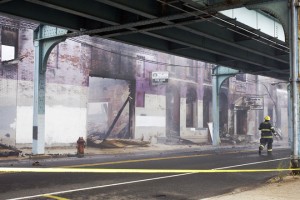 What happened yet again early Tuesday morning–the loss of a well-built, handsome, and visually impressive mid-19th century industrial building to fire–has no easy solution. Products of personal unaccountability and a system that protects private interest over the public good, such fires are themselves urban disasters: they often shut down the city’s main elevated line, inconveniencing tens of thousands of people, and they fill our lungs with deadly toxins. Beyond that, they leave us bereft of our most sturdy urban fabric and the stories, material culture, and very soul of this city of work, craft, and trade (for more on the stories, material culture, and soul of the recently-burned site at Front and Girard, click HERE).

We know the factors that lead to the fires: wood construction coupled with open and regular access to the building’s interior.

Each time we say enough’s enough!

And yet we lack any strategy for preventing the next one. What might be done?

We might simply knock the remaining mills and factories down because they are hazardous. But that’s a foolish strategy when so many of these buildings have been successfully repurposed–and when our neighborhoods need exactly what they can deliver: character, scale, and density.

Work feverishly to preserve all of them? Well, the proposed National Register thematic historic district covering Kensington mills and textile-related buildings is a start, but only a passive solution. And anyway, in a time of shrunken public sector resources and vision, we rely entirely on private sector initiative to restore them–and the market won’t bear the steep cost of renovating old buildings in bad shape in tough neighborhoods.

Secure them carefully as the market catches up? This seems to us the most effective and realistic solution. But securing an empty mill complex is tricky business–it’s expensive (without obvious pay-off for a developer), hard to enforce, potentially destructive (note the compromises made in securing the Divine Lorraine), and requires consistent effort. Securing key vulnerable mills will require coordinated effort among owner/developers, neighbors, the city’s department of Licenses and Inspections; it will require a system of triage and judgment that promotes some sites over others in order to determine which buildings are most at risk and which have the best chance to ultimately be reused.

It’s important to note how many of these buildings around the city have indeed been carefully sealed and how many are in use in one way or another. Quite a bit more are built of concrete and therefore a bit more fire-proof than Buck or Dougherty-Park-Fruchter.

Moreover, coming up with a list of vulnerable buildings isn’t a simple or straightforward process: it isn’t always easy to see or predict the potential value of a building.

Nevertheless, we’ve selected five industrial buildings from the mid-19th century. Notably, they’re each at risk of fire because unlike so many other factories built of concrete, they’re structurally wood, and therefore tinderboxes. These are building that are generally not well-secured (efforts to secure them, their general condition, and likelihood of redevelopment also vary). There are signs and reports of illegal entrance, people sometimes squatting inside, and in some cases compromises to a building’s structural integrity. Of course there are others; we welcome your additions to the list and your input into how future fires might be prevented. 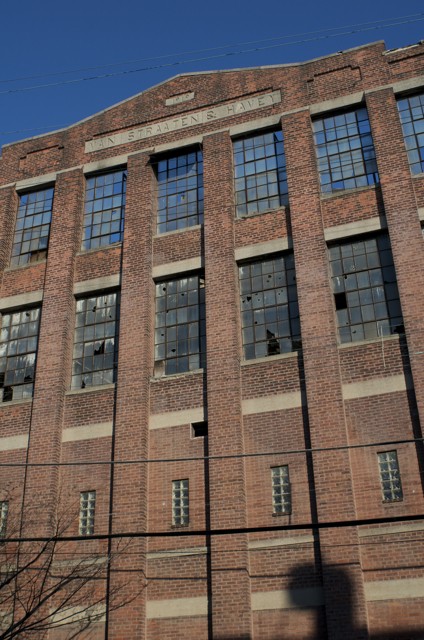 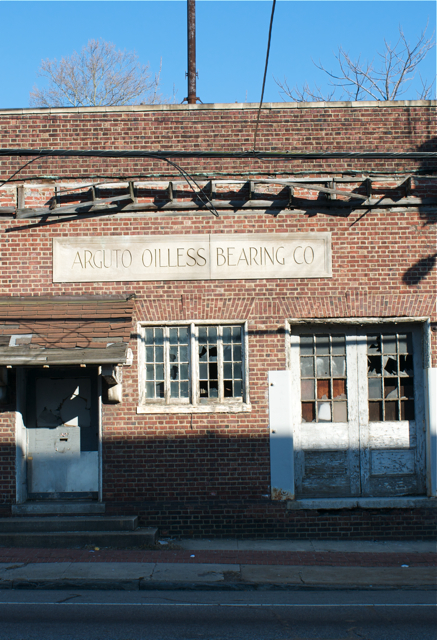 Located on Berkley Street near the Wayne Junction train station in Germantown, the buildings are two of the 15 industrial structures that contribute to the Wayne Junction Historic District on the National Register of Historic Places. The Van Stratten & Havey mill was built in 1919, and made silk yarn. Arguto dates from roughly the same period. Both buildings are not properly secured. Between the two buildings is the Blaisdell Paper Pencil building, another contributing structure to the historic district, which is also vacant but in better condition. Next door to Van Stratten & Havey is the Moore Pushpin building, now used as a drug rehab facility. A fire on that block would put almost half the historic district in jeopardy. 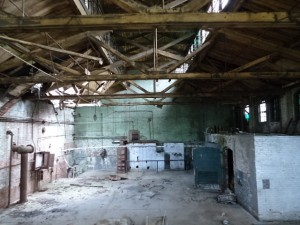 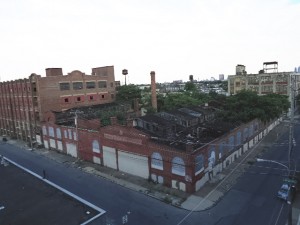 What the heck is a heddle? According to the dictionary, it’s “one of the sets of vertical cords or wires in a loom, forming the principal part of the harness that guides the warp threads.” The factory was built by Pabst & Co. in 1919. The Steel Heddle Co. bought the building in 1942 and closed shop in 1971. Unlike many of the factories in Allegheny West, the complex is listed on the National Register of Historic Places, and is being actively marketed.  Together with the nearby Towne Lock Building and the former Freihoffer baking plant, this area of Allegheny West has perhaps the highest concentration of large industrial buildings in the city, nearly all of which are vacant and at the mercy of scrappers. 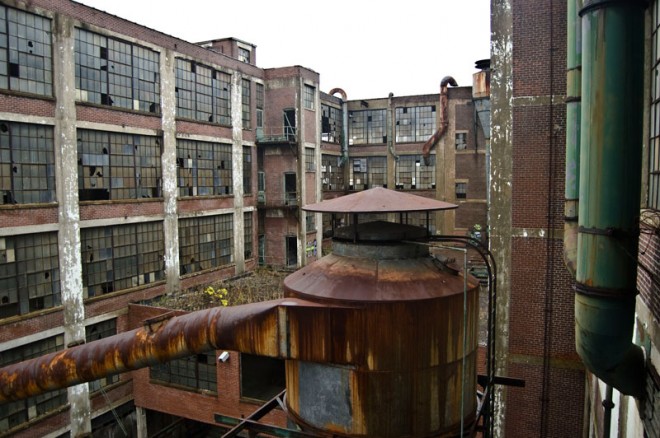 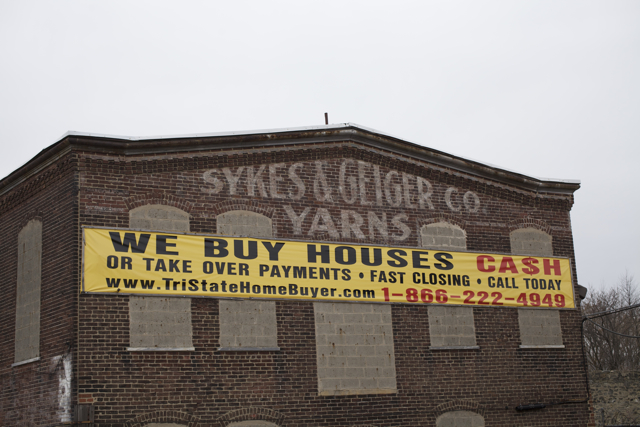 A complex of mid-sized former textile mill buildings tucked away along the Frankford Creek. 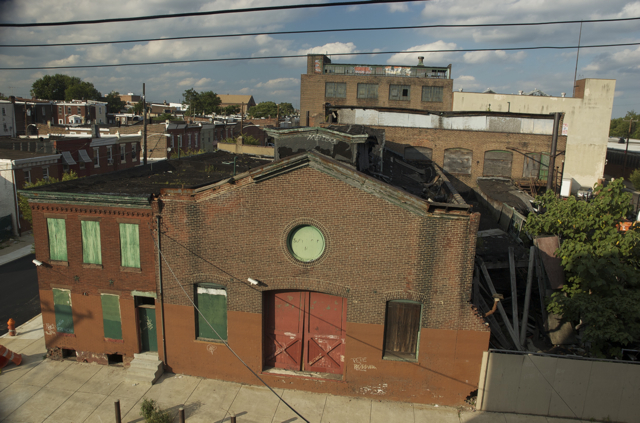 Once a maker of soaps, softeners and finishers for the textile industry, the small complex is located on Amber and Westmoreland Streets. 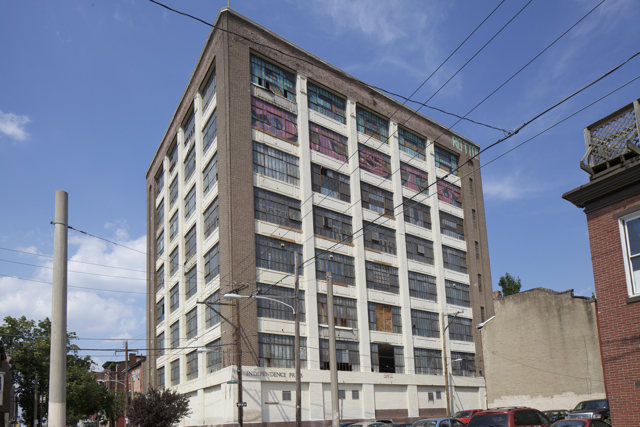 This building on 11th Street between Brandywine and Green looks like a good candidate to be converted into lofts, but it has not been secured well over the past year and has wood floors over concrete. 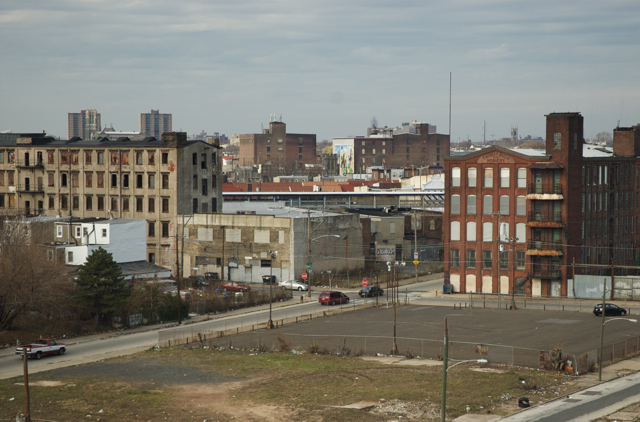 Located across the street from the fire-destroyed Buck Hosiery, this historic industrial building–though not listed on federal, state, or Philadelphia historic registers–is in a rapidly changing neighborhood and is still partially used for retail. A fire here would leave this neighborhood almost completely without the skyline of mills that stood here only five years ago–and of course it would close the El again.