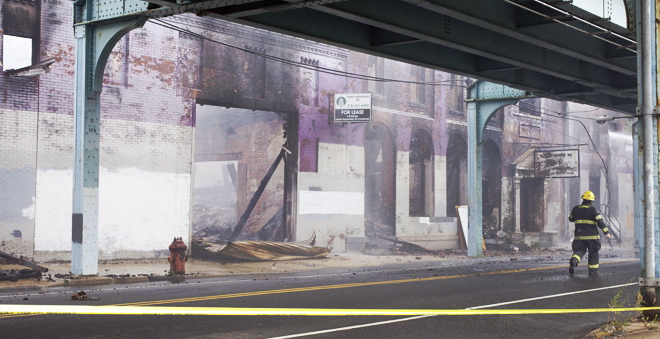 The former L.H. Parke Coffee and Tea Importer, with its wide rounded windows and elan of peeling paint and mold, burned this morning, closing the El and costing the city yet another handsome commercial building from the 19th century.

Backhoes have arrived on the scene already in advance of demolition. 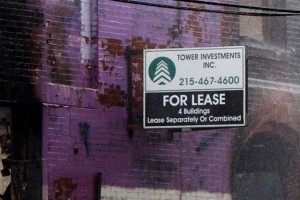 The property is owned by Tower Investments, the real estate firm led by Bart Blatstein. Our investigation into the site reveals that for years it hasn’t been secured; people have been regularly seen going in and out–and more recently there have been reports of construction activity inside. We are awaiting confirmation on the level and type of that activity.

This is the second fire in that complex in the last 3-4 years. There was a small fire that destroyed much of the roof of the garage that was the southernmost building in the complex, and there was also a fire directly across Hope Street. That property is now being turned into condos.

Clarification: Tower Investment owns another vacant industrial property in Northern Liberties, the Ortlieb’s Brewery complex on Poplar and American Streets. Trespassers have accessed the property repeatedly over the past six years, as we reported last year. 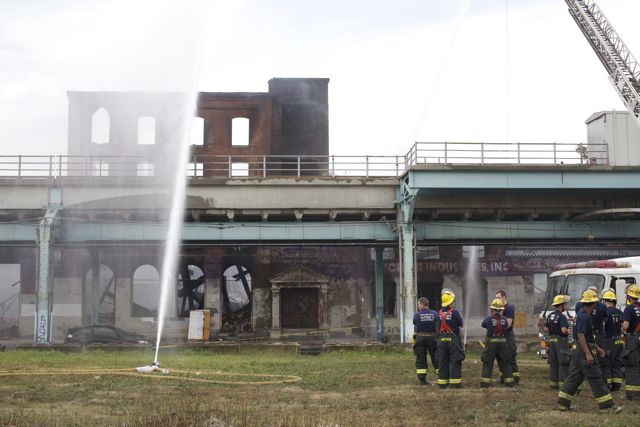 The complex dates to at least 1875 when it was the Dougherty distillery. Great history of the company HERE. The 1910 map shows the distillery as well. Later maps don’t identify any business but definitely was L.H. Parke’s at some point. 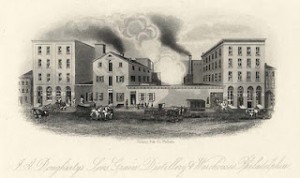 From Wikipedia: “L.H. Parke started in 1889 as a partnership of Louis H. Parke and William P. M. Irwin. The partnership took over the small provision-pushcart business of Samuel Irwin, a civil war vet. who had lost his arm in the Battle of Winchester, Virginia. Parke started as a seller of coffee, tea and spices. The company grew to be a major institutional wholesale seller of canned goods and had five locations (Philadelphia, Pittsburgh, Washington, DC, Albany, New York and Richmond, VA.) by the time it sold out to Consolidated Foods in 1962.” 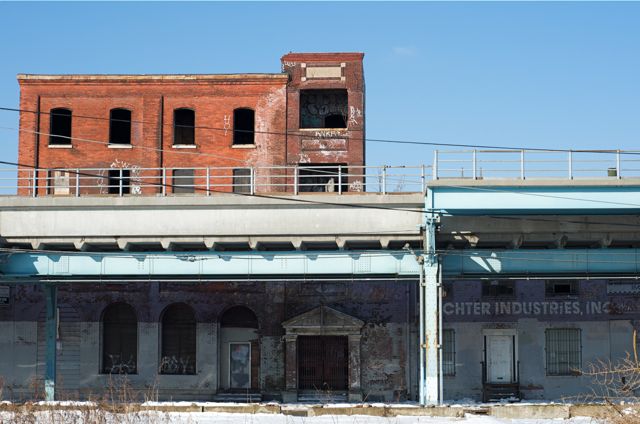 The building was next occupied by Fruchter Industries, wholesale distributors of kitchens, vanities and appliances, and later by Wood Superior, a woodworking company.

For “When Northern Liberties Burned,” by Stephan Salisbury, click HERE.