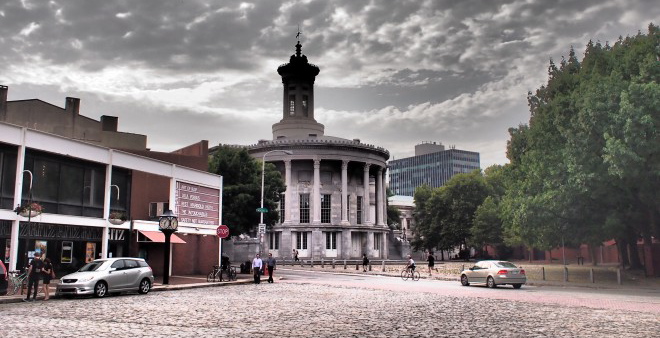 The best contemporary architecture does two things simultaneously (for buildings today must perform, they must juggle effortlessly): reveal our current tastes, worldview, and desires and take us on a journey–to the past, to the future, to middle of the earth, to the heights of human potential.

Architecture can’t do everything, but it can make us feel good to be alive.

Cities by extension have that same power–the power to destroy as well–and we look to them for evidence of human achievement. In the telling of urban history, we marvel at the tallest buildings, the pioneering bridges, parks, water systems, canals, train stations: acts of daring and vision that edify and make us proud. These achievements are but semblances of the wonder that’s inside each of us, but we need them to remind us of why we’re alive.

Doubly so when we attempt to commemorate acts of human daring like revolution or war: how can we even come close to approximating the terror or the bravery or the loss? Sometimes nothing can be done and no intervention is needed–and so a battlefield or a concentration camp is left to its own silence, and that is powerful enough.

But most often that isn’t enough because we have more to say. That’s the case with the American Revolution, a complicated and poorly understood series of events equal in their ultimate power and scope to about any other act of humankind: the tethering of nation to idea and not to race, tribe, or religion.

It’s a story, the President often reminds us, that’s still an ongoing experiment. It’s a story that’s really many stories, a complex weave of political opportunism, idealism, realpolitik, alliances, regret, and courage that’s only now exploding in the archives and in minds and laptops of scholars. It’s a story–one year on from the Arab Spring, with people everywhere grappling with the meaning of freedom and liberty–that matters to the world. 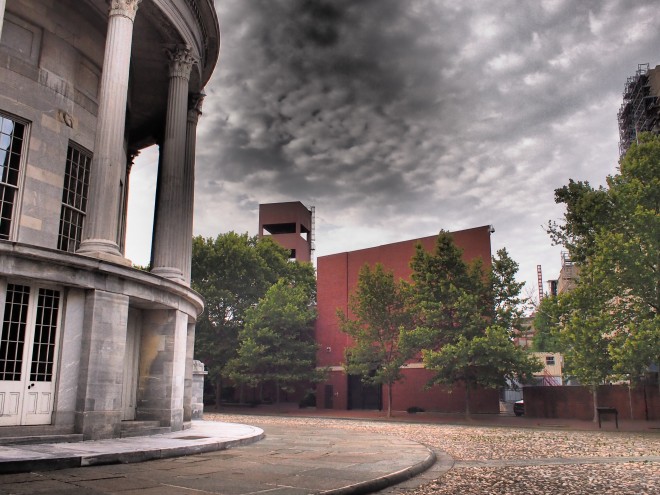 Site of the Museum of the American Revolution | Photo: Nathaniel Popkin

These are the contexts from which today will emerge a new Museum of the American Revolution, an ambitious and much desired new cultural institution for a city seeking to claim it matters to the rest of the nation and the world, a city that wants to feel as attractive, enticing, delightful, sexy–and yes, economically and culturally meaningful–as Barcelona, London, and Istanbul.

Yet we have chosen to place the museum in a ossified brick box, studded out with foreshortened references to a single misunderstood context: the architectural ideas of the 18th century neighborhood.

In architectural and preservation circles, “context” is used to make designers think about where they are building, to make them take into account the fabric, history, scale–even the memory–of the place. “If we do our job well,” the project’s architect Robert A.M. Stern said when the project was announced, “the Museum of the American Revolution will look like it could never have been built anywhere else but in this hallowed precinct of democracy.” 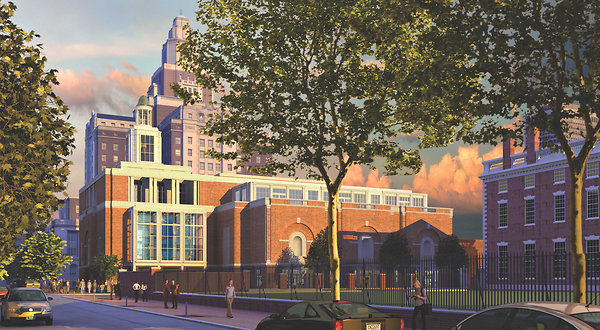 But in this effort to fit the building in to its neighborhood at Third and Chestnut, he in fact designed a building so bland it really could take its place in any number of small towns and cities along the eastern seaboard. The museum design brings to mind the suburban architecture of the southeast, not the constantly evolving stage of a dynamic American city.

Stern’s choice of the single, narrow context for this museum was clearly intentional. In doing so, he forced himself to defy his own stated intent and ignore most of the architectural context of the site, which is unabashedly diverse in fabric, history, scale, memory, and materials, and which has been the home of architectural daring and innovation. 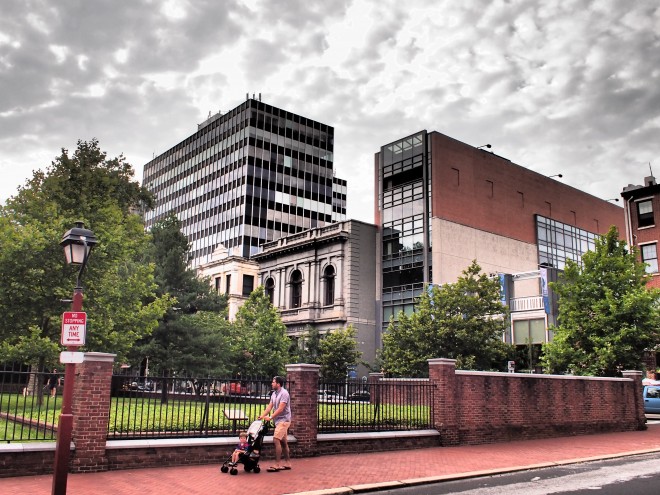 So which contexts matter?

Perhaps tourism officials whose job it is to commodify the city as a recognizable brand think a familiar brick box reinforces the brand. But even they have learned these past few years, and particularly now with the Barnes Museum, that progressive design sells.

Perhaps museum officials, most of whom are not from Philadelphia but from the Southeast US, see Philadelphia only through the lens of its imagined “historic district.” 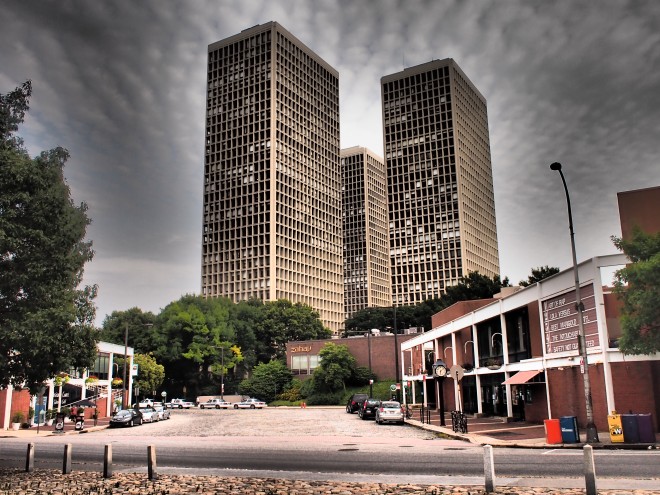 Perhaps the architect, who seemingly eschews designing “signature” buildings in favor of “context,” has in fact designed an exemplary neo-traditionalist signature “Stern” building.

In any case, the museum, as it is presently conceived, will never live up to the requirements of good contemporary architecture. It will, as some hope, fade into the background–what a terrible fate for a building that wants to convey the power of a revolution that is still changing the world.