Where Are All The Antique Shops? 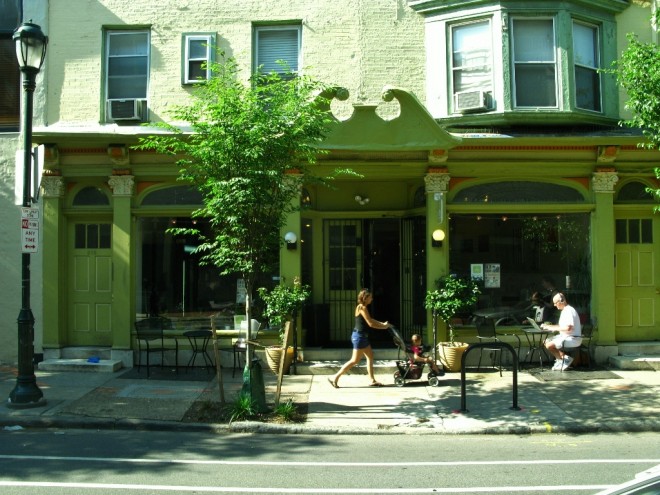 Weekdays begin lazily on Pine Street, the silence broken only by the few early morning joggers, lean and flushed in their shorts and Nikes and the dog-walkers, sipping coffee, lazily dressed in gym pants and flip-flops. The dog-walkers always smile and say “Good morning.” Philadelphians are much friendlier during that first hour after the sun has come up over the Delaware, before the responsibilities of urban life put them on their guard. A little later, from about 7:30 to 9AM, there’s a slight flurry of activity on the sidewalks as the college students and young professionals who live along Pine fumble with their keys in their rush to get to work or class, and the traffic on the street, both car and bike, picks up. By 10 o’clock, the shopkeepers are busy opening their shops, setting up their sidewalk displays and greeting their neighbors. Starting about then, every few minutes a huge, red double-decker bus full of tourists goes by, and from the upper deck you can hear the guide, microphone in hand, telling the couples from New Jersey, the families from New York, and the seniors from the Mid-West all about Philadelphia’s “Antique Row.” 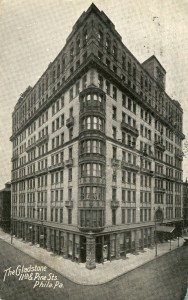 Pine Street had been built up as far as 13th Street as early as 1840. It was a good, respectable neighborhood, home to shoemakers, grocers, laborers, and textile workers. In 1890, the Gladstone, Philadelphia’s first real apartment building, was opened on the northwest corner of Pine and 11th Streets. A luxury residence, complete with elevator and dining rooms, it catered to the city’s elite. It was torn down in the 1970s and Louis Kahn Park replaced it. Some time after the nation’s Sesquicentennial in 1926, when a wave of patriotism and nostalgia for all things colonial swept over the country, 18th century antiques really came into vogue. These few blocks of Pine became the wholesale district for the nation’s supply of colonial tables, sideboards and chairs.

Amy Finkel’s father Morris, who died earlier this year, opened his wholesale antique business on Pine Street in 1947. “There was no question. If you wanted to open an antiques business, this was the place to be then,” she says. In 1975, when Amy joined the business, the shop became M. Finkel and Daughter. “We gradually changed from wholesale to retail,” she adds. Indeed, 1980s directories listed over 30 antique shops there. Today there are about a half dozen. 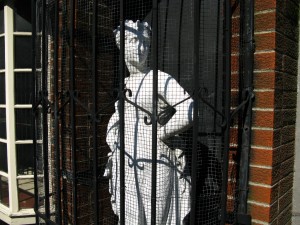 “Angry tourists wander into the shop and complain about the signs. The city still calls it ‘Antique Row,’ although there remain only a handful of those businesses. ‘Where are all the antique shops?’ they ask. What can I say? I’m still here. Today I sell to clients from all over the world. The internet has changed the way we do business.”

The shop, at the corner of 10th and Pine, specializes in 18th and 19th century needlework. Recently Amy acquired a sampler worked in 1832 by an 8 year old English girl named Thisbe Danson. While researching the piece, Amy contacted a direct descendent of Thisbe who is a monk in England. He purchased the piece and now owns something created by his ancestor which had found its way to him via the small shop on Pine Street.

Across 10th Street, at Blendo, owner Mary Ann Cardellino laughs and chats with a customer. Blendo typifies the mix of past and present that is Pine Street today. The shop is an Aladdin’s cave piled high with an intriguing array of old and new treasures that spill out onto the street. Mary Ann moved her shop here in 2000. She’s lived nearby at 11th and South for 12 years, so the other business owners here are colleagues, friends, and neighbors. She feels invested in the area. “The economy has changed and eBay has affected sales,” she says, “but I made the decision to have very little web presence. There are fewer wholesale antiques businesses here, but otherwise, no, the neighborhood hasn’t changed all that much. What drew me here is still very much here.” 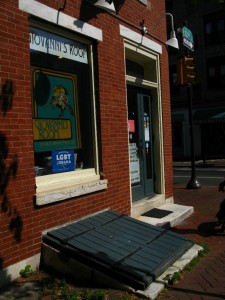 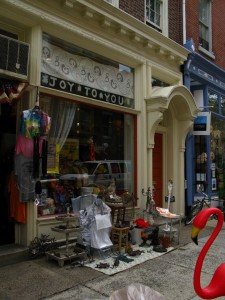 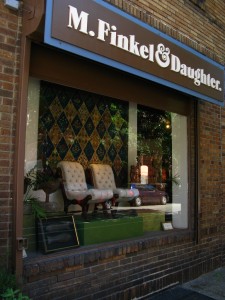 One block west, on the northwest corner of Pine and Quince Streets, Effie Bouikidis and her mother Loula are busy prepping for dinner service at their homey Greek restaurant, Effie’s. The family had owned Pine Street Pizza at 12th Street since 1980 and opened Effie’s in February of 1997. Loula, in her white apron, calls out from the stove: “We opened here because it was a real neighborhood, it felt both homey and historic.” Effie adds “I think that when we first opened we were more of a neighborhood hangout. Now many of the residents from that time have moved out to the suburbs; even many of the gays have adopted kids and moved out. It’s the UPenn students who really keep us going now. It’s funny, but when any of the old crowd who moved away return, somehow it feels like they never left, like time has stood still. If I could make any change, I’d like to attract more of my neighbors here again” 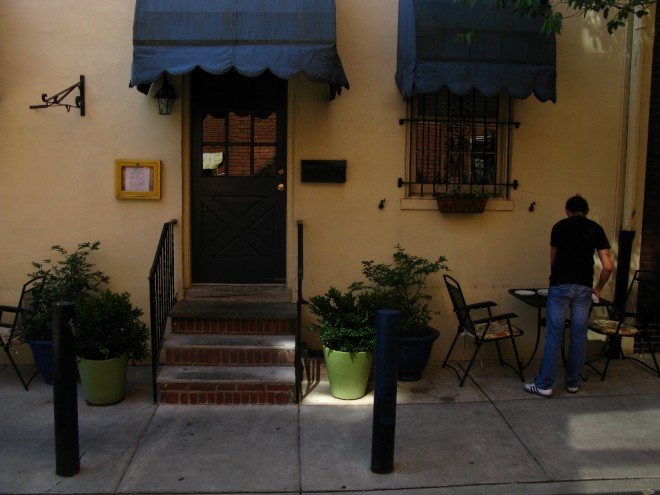 Giovanni’s Room, on the northeast corner of Pine and 12th at the southern end of the Gayborhood, is now the oldest LGBT bookstore in America. The original store on South St. dates from 1973, the era of militant feminism, gay liberation, and black civil rights. Quiet spoken, but talkative and enthusiastic owner Ed Hermance explains, “before this, we were located on Spruce Street, just west of Broad. The building owners were very homophobic; if they had to talk to me they wouldn’t enter the shop, they’d stand in the hall and talk through the doorway. When we went to look for a new location, we found that the only places that would rent to us were in back alleys–we weren’t interested. We moved in here in 1979. The building had been a mom-and-pop store and a wholesale antiques warehouse. The neighborhood was a little rougher then, mostly because of the projects nearby on Lombard and 12th. Now I look around and it’s all baby strollers and cafes.”