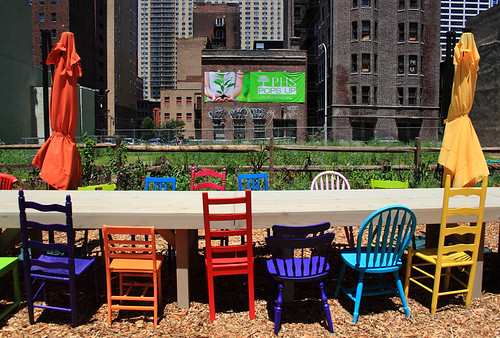 Friday was opening day for the Pennsylvania Horticultural Society’s 2012 pop-up garden, located in a formerly vacant lot at 19th and Walnut. Check out photos from the opening weekend on the PHS Facebook page or read about this year’s pop-up garden in this Inquirer piece by Virginia A. Smith. I’m definitely going to head there this week to lounge amid the greenery.