A Peek Inside The City’s Only Active Vintage Brewery

It’s Philly Beer Week so naturally we decided to get inside the only vintage purpose-built brewery still in operation in Philadelphia, the Philadelphia Brewing Company plant in Kensington.

Beer making began its comeback to this once beer capital in the 1980s when Sam Adams Brewpub, Dock Street, and Independence began making beer in small batches. But larger scale commercial production brewing and bottling didn’t really begin again until 1994, when Yards opened. In 2001, the Yards operation was moved to the former Weisbrod & Hess Oriental Brewing Company plant on the wonderfully named Amber Street in Kensington. Weisbrod & Hess had operated from there for over a century, 1835 to 1939.

When the original Yards partnership broke up in 2007 and Yards began brewing at Poplar Street and Delaware Avenue in the Northern Liberties, former Yards owners Nancy and Bill Barton and Jim McBride created PBC and continued brewing in the Weisbrod & Hess plant, a true living monument the city’s striking beer heritage. The PBC facility is doubly important given the nature of the present Philly beer revival. Though craft brewing and bistro pubs have in fact contributed to the city’s youthful resurgence, most of the beer we’re drinking–that’s branded as Philly beer–is made outside the city limits. 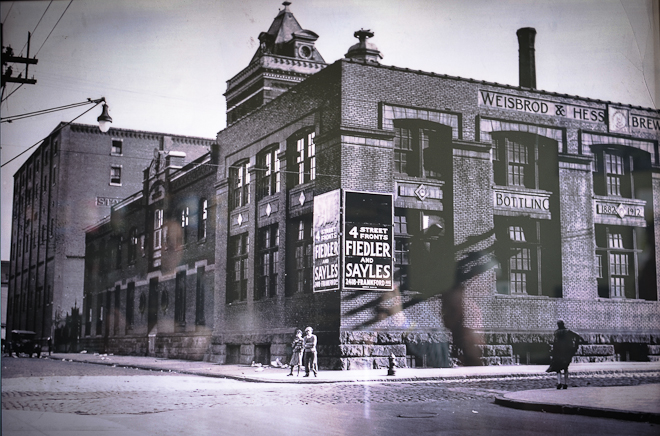 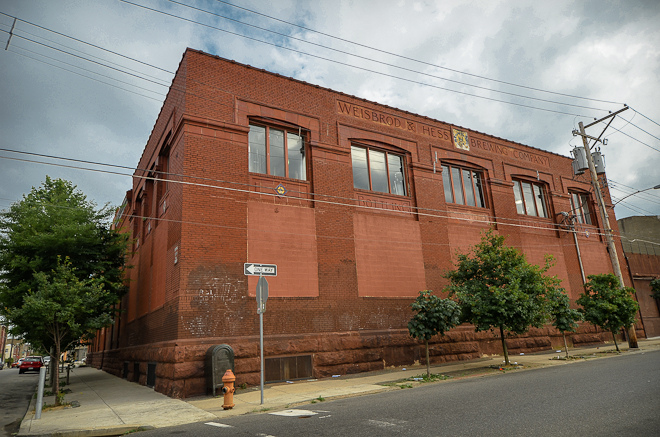 We’re resigned to that–beer’s no different on that front than any other industry–it’s cheaper and easier to make beer in the suburbs. But we’re keen to reveal the ways Philly is making things, especially when they’re made with love and passion–and when they contribute energy and vision to a neighborhood rediscovering what makes it special and important.

Owner Nancy Barton said that in 2001 when they purchased it, the building looked terrible–weeds grew everywhere, and it was covered in graffiti and trash–but its bones were solid. The ground floor had been cinder-blocked and the roof had been maintained so it was a matter of cleaning up and reusing what they could to rebuild the brewery. “The building was so important to us because of the history, it would have been a shame to lose the past, it needed to be reused. When we first laid eyes on it, we recognized that it was one of the coolest buildings we had seen. It was the perfect building to reclaim for a brewery,” she said. 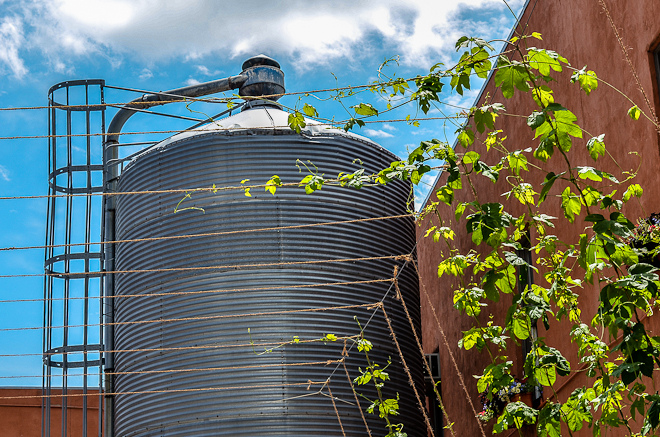 Hops growing in Kensington next to the PBC silo | Photo: Theresa Stigale

Philly Brewing collaborates with Greensgrow Farms in Fishtown for some of their locally sourced ingredients. They also grow their own hops in the PBC outdoor courtyard for use in some seasonal varieties. All of their beers are made fresh and delivered by the company itself, without a distributor to stockpile or delay delivery. The company recently added more fermentation units in order to double capacity and avoid running out of beer, which has happened in the past due to high demand. 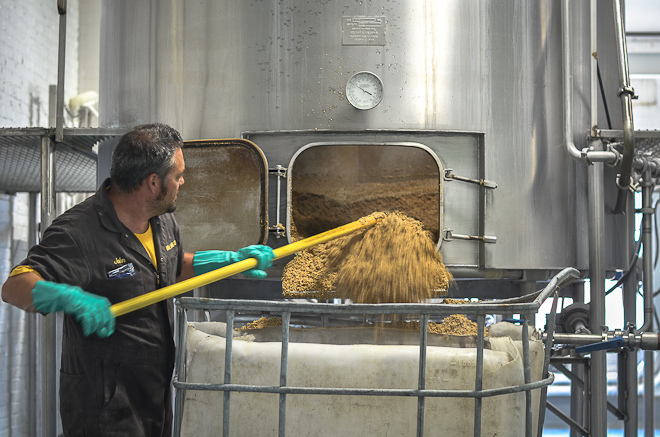 Removing the cooked wort from the tank | Photo: Theresa Stigale 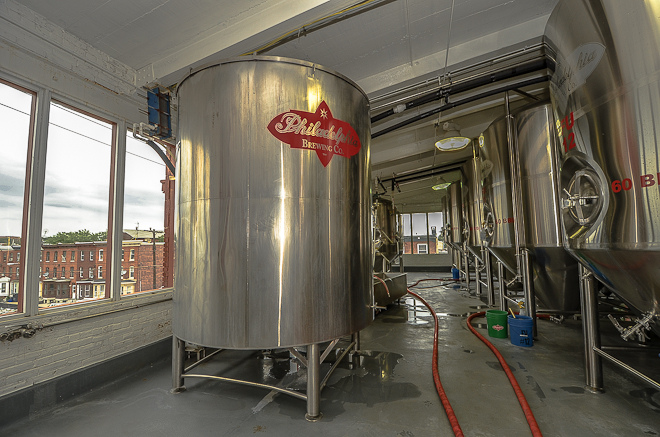 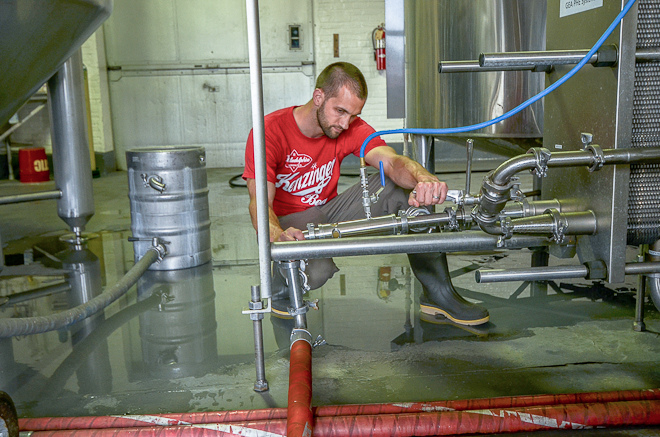 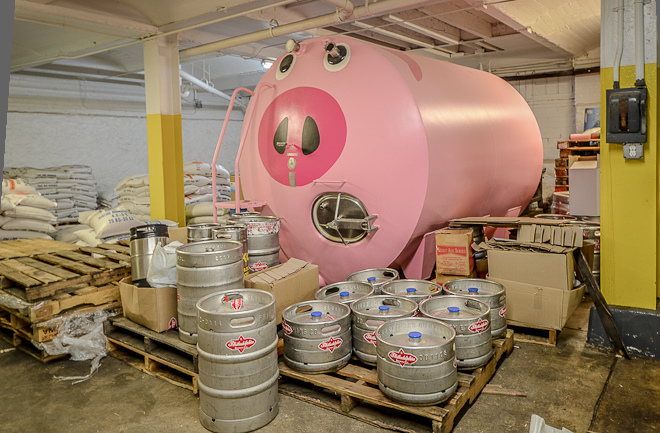 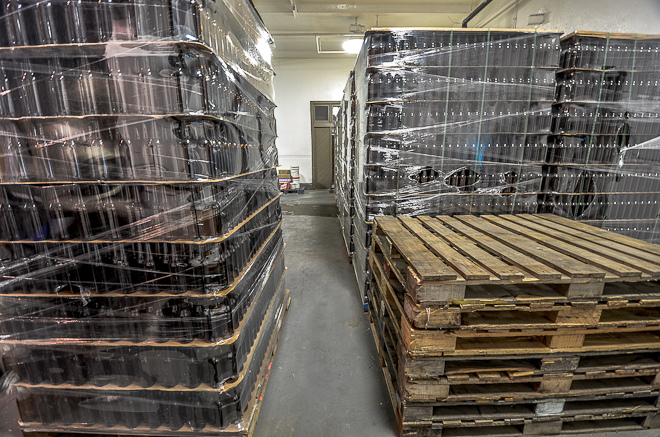 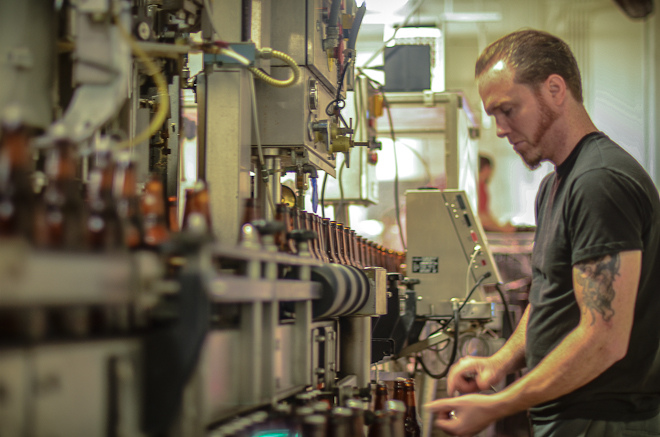 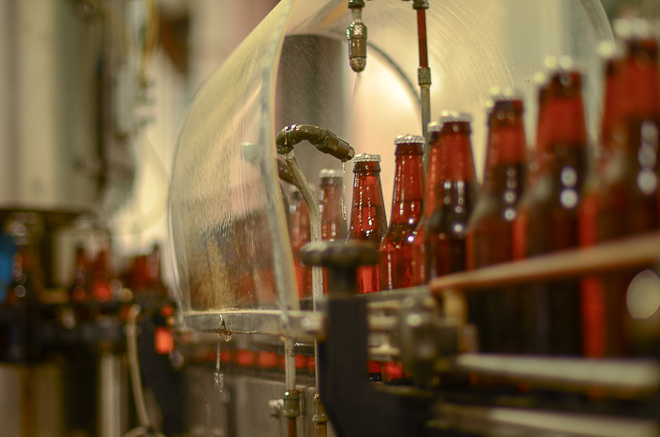 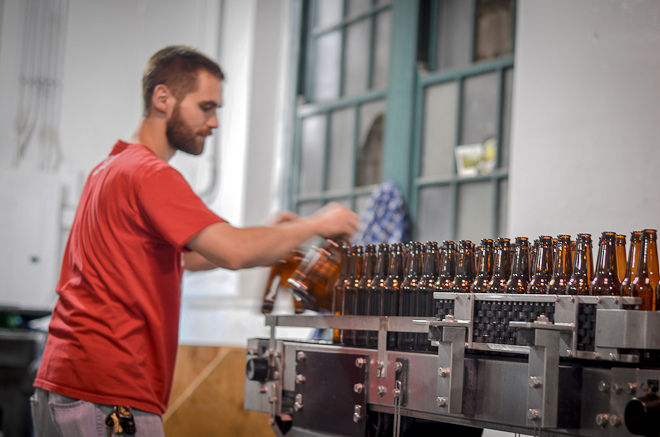 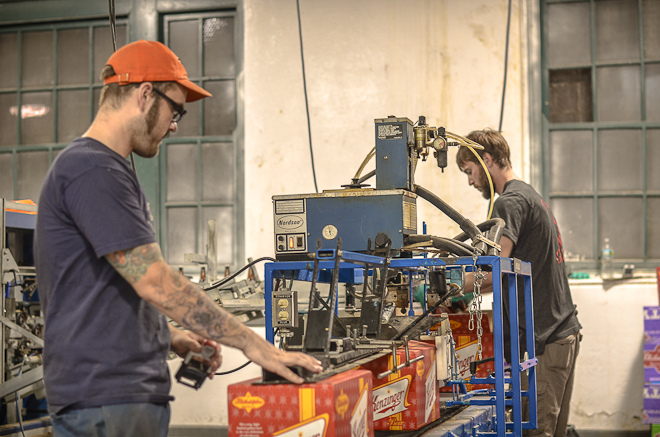 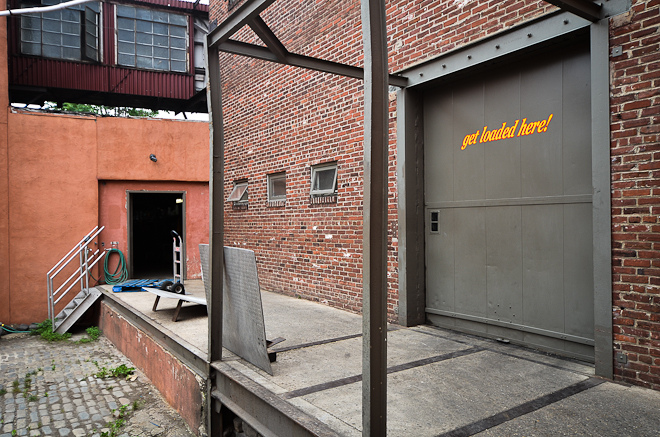