Why Old Schools Are The Original Green Buildings 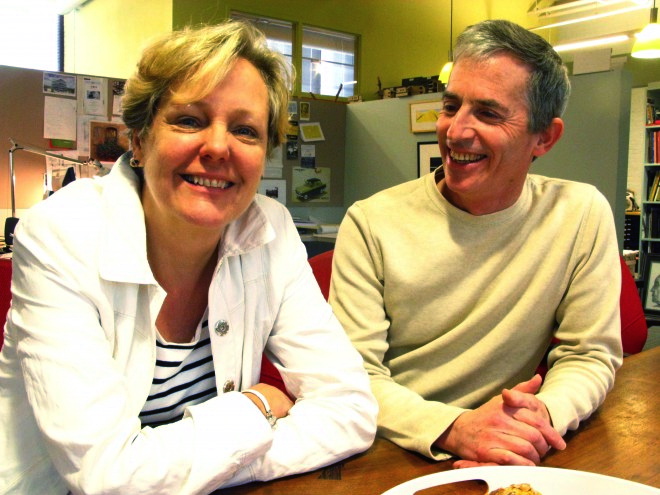 Editor’s Note: Pioneering renovation architect Cecelia Denegre started her own practice in 1992–it was one of the few female-owned architectural firms in the city. Since then, she has been a force behind the growth of the Community Design Collaborative and her firm, which now includes her husband Joseph Denegre, has been the design consultant for nearly all the city’s major institutions, including the City’s health and water departments, the School District, Penn, and Drexel. True believers in Philadelphia, they see potential in transforming interior spaces for new uses–preservation in action. We spent a couple of hours with them last week in their Fitler Square office, which faces the Schuylkill Banks.

Nathaniel Popkin: Sustainability guides your practice?
Cecelia Denegre: We were always committed to sustainability–from day one we were talking about renovating existing buildings and doing the right thing.
Joseph Denegre: I’d to say we’ve always done cutting edge, sexy projects but at least half our work is with institutions, the idea is to improve the quality of life. There are all kinds of constraints, including budgetary, but you adjust, and we try to make the most of every opportunity. Sometimes these things turn into giant design opportunities sometimes they don’t.

Philadelphia is mostly built, anyway. If you’re going to talk about sustainability, working with what’s already built is necessary. We can see opportunity in existing buildings when others talk about tearing them down. There are no bad buildings, just negligent owners.
CD: Renovations can be sexy.

NP: That’s because you can see beyond what’s there and imagine something new.
JD: Sometimes you get a chance early in a project to demo the space. That happened at Penn with Stouffer Commons (formerly a dining hall), a typical poured-in-place concrete building with too many interior levels. We demoed that space and the client said, “Oh, wow, look at this!” 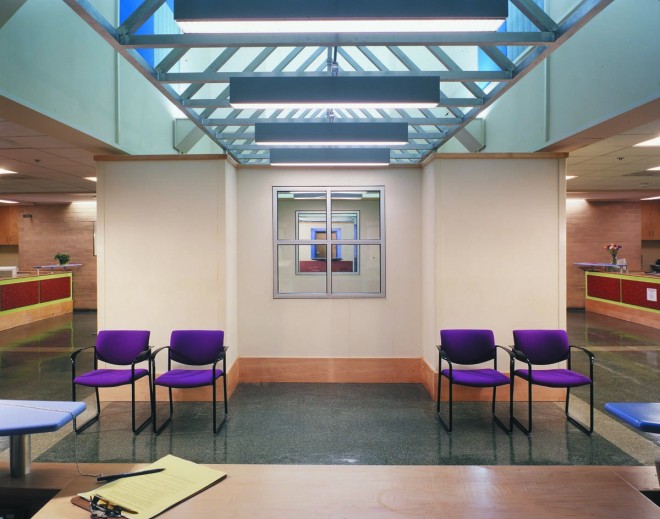 NP: And your idea is then to make the interiors healthy places to be.
CD: Our first big job was for the City of Philadelphia renovating health centers. We were always doing plans that brought the office functions to the center of the space to maximize light and circulation. In Philly they call it the California Plan, I’m not sure why, and they would call me the “California girl,” even though I’m from Kentucky. But if you want to have healthy workplace, you want to emphasize access to natural light and views out. It also makes a more democratic workplace. We’re always pushing for that.

NP: This is what you’re now doing in the redesign of the Philadelphia Water Department’s headquarters.
JD: They have a national reputation for being defenders of the environment and we wanted to create a space that represents that.
CD: They have a cool team working with us on the project. And they’re grateful we’re working with them. You always want to be one step ahead of the client.

NP: You’re on call at Drexel’s Medical School.
CD: The best thing we’ve done there is create a simulation lab for teaching nursing. Nurses are always great to work with. They’re the best clients. You know why? Mostly they’re women. Really, they’re collaborators, by nature smart, team players, and methodical in their thinking–and they empower people without telling them what to do. 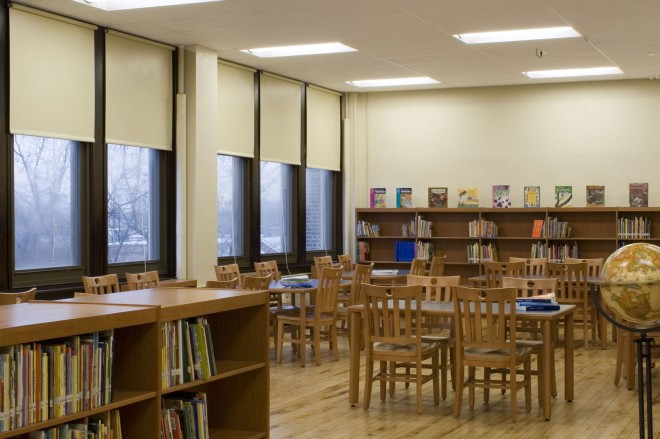 NP: Likewise, you’ve been on call for the School District of Philadelphia.
CD: We did renovations of 30 schools, standardizing paint pallet, materials, and doing what they call incremental renovation. We’ve been in 80 schools, places full of hope and pride.

NP: The best schools were built in the first half of last century.
JD: The old ones are tall compared to the two story rowhouses. They have presence in the neighborhood. They’re the original sustainable buildings. They are completely green, with thick walls and high ceilings, they knew how to control thermal mass because they were built before cheap oil.
CD: We’ve really tried to push the district to evaluate its building stock and embrace it. There’s a lot of intrinsic value in these old buildings.
JD: We’ve even proposed to make the green qualities of these buildings part of the curriculum, setting them up as living laboratories, monitoring energy use, water, humidity, weather–all this stuff that isn’t gong to cost a lot of money. It’s more important to give you some control over your environment so that that you can understand it.

NP: But now 40 schools will potentially close.
JD: They did a facility master plan–I think they did an awesome job with that. There had already been a facility assessment, they have data for all the buildings. The fact is there are way too many–they’re literally across the street in some cases. If you’re 80% full you’re going to be out of business. We’re in a crisis mode–it’s really their own damn fault. We have strong feelings because we live here and they’re a client of ours because they’re an important institution in the city.
CD: It’s actually a very hard thing to do the right thing, trying to figure out a plan and to put these buildings on the market. But enough talk, somebody really needs to step up and say this has to happen. Lead with vision instead of consensus: people have to respond to a vision. That doesn’t mean you don’t listen, but at some time you have to move forward.