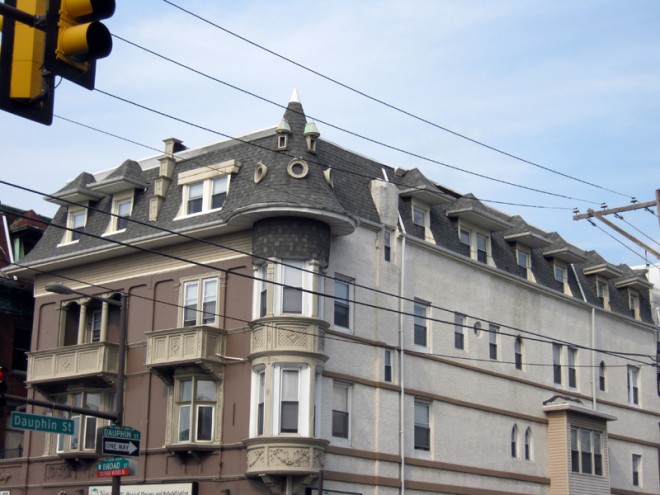 Although the building at the northeast corner of Broad and Dauphin Streets has lost much of its lush architectural detail, it retains one highly unusual feature: a turret roof graced by a cluster of miniature windows. The bottom three windows resemble portholes, and provide views to the northwest, southwest, and southeast. The top two resemble nothing we’ve seen, in Philadelphia or elsewhere, and are probably primarily decorative. 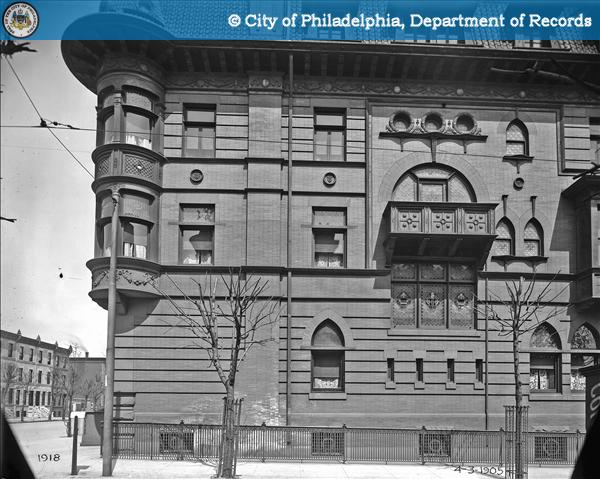 This building, now home to a Novacare Rehabilitation office and apartments, once boasted an atypical arrangement of bays, balconies, windows, and stained glass. Architecturally, it defied convention, but was not unlike the residences surrounding it, many of which had been built by (and for) Philadelphia’s newly-wealth, flamboyant industrialists.