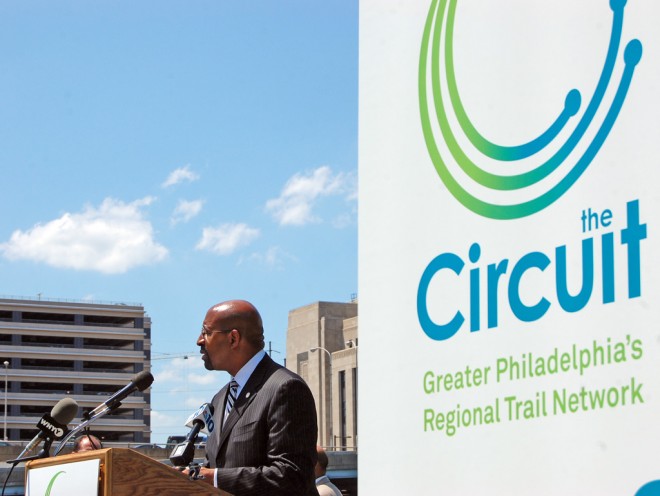 What started in the 1970s as a two-and-a-half mile bike path demonstration project has grown slowly but steadily since that time, and was today recognized by mayors Nutter of Philadelphia and Dana Redd of Camden and other officials as an essential regional trail network with one all-encompassing new name: The Circuit. 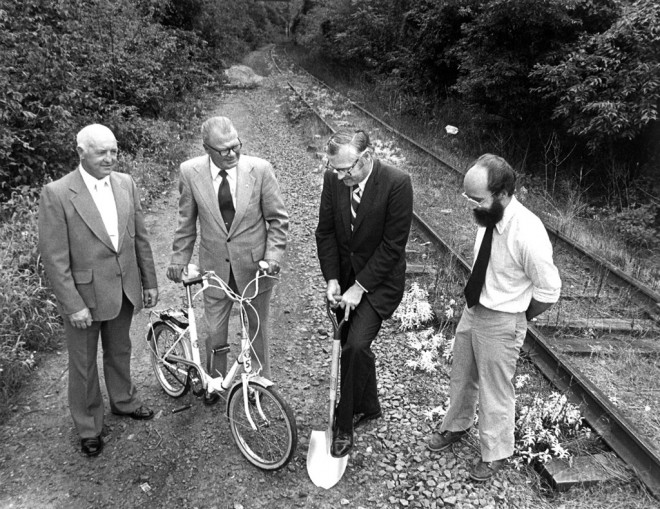 At a press conference on Schuylkill Banks in Center City, officials praised the many benefits that trails bring to their constituents and their communities, not the least of which are recreation, healthy alternative transportation, and economic development. Part of a $10 million dollar grant by the William Penn Foundation specifically awarded for trail design, development, and construction was used to develop The Circuit’s interactive web site, which you can find HERE.

With 250 miles of trail complete and another 50 miles in progress, what’s ultimately envisioned is a 750-mile non-motorized transportation network spanning the entire tri-state area. 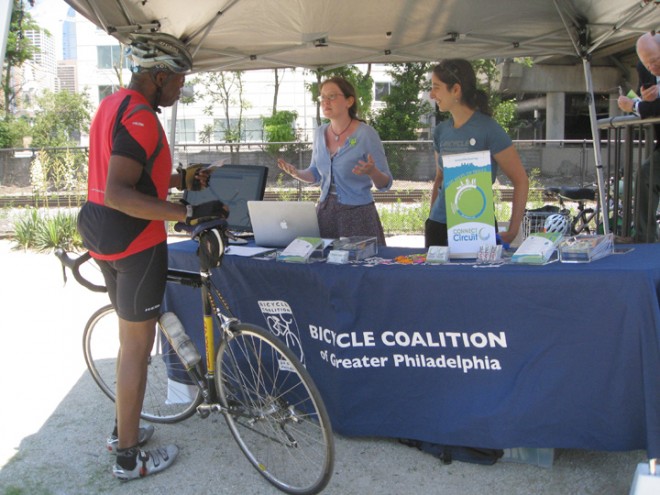 What’s the price tag for such an ambitious plan? How about less than one percent of what the region spends on highway and transit capital spending each year. If funded at that one percent level on a consistent basis, in 25 years the 750 mile trail network would be a reality. As Sarah Clark Stuart, Bicycle Coalition of Greater Philadelphia’s campaign director puts it, the investment “would leave our children and future generations with an incredible inheritance.”