New On The Market 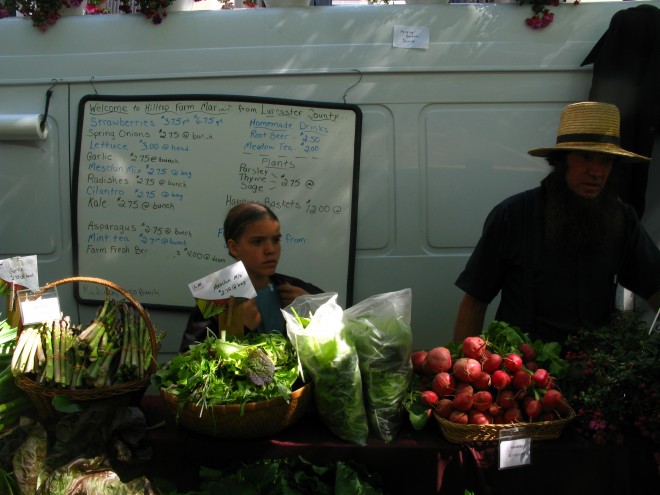 Many of your familiar farmers markets are already open for the 2012 season, with many more set to open soon. Some particularly busy markets have extended their hours or moved to the highest volume days–weekend mornings. And some two dozen new farmers will be selling in the city this year.

Philadelphia’s two principal farmers market umbrella organizations, Farm to City and The Food Trust, have a growing list of market openings. While some don’t open come June, enough markets are ready to satisfy your locavorist appetite.

The Porch Farmers’ market launches into its first year this Wednesday, May 16th at 30th Street Station from 11am to 2pm. The Porch offers Integrated Pest Management (IPM) fruits and vegetables and has added value vendors such as Brulee Bakery, My House Cookies, Fresh-A-Peel Hummus, John & Kira’s Chocolate, and Mompops. Farmers include The McCann Farm, Frecon Farms, and a new West Philadelphia urban farm called Spruce Hill.

IBC Farmers’ Market opens for its first year a day after The Porch, in the courtyard at Independence Blue Cross headquarters at 1901 Market Street. The new market will operate on Thursdays from 11AM to 2PM. Some added value products planned for this location include fresh baked goods from Brulee Bakery and honey.

Farm to City is working on partnerships with new farmers, including Tuckey’s Mountain Grown Berries, Fruits and Vegetables based out of Adams County, PA. Some urban farms like Spruce Hill, mostly ran by non-profits, have been added to the Farm to City network. 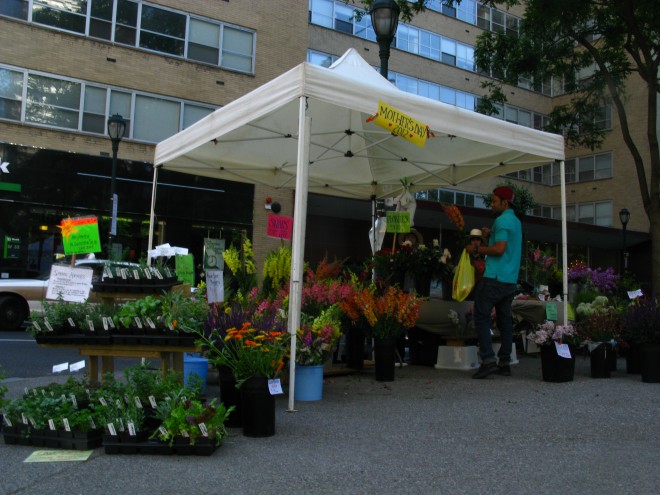 Due to low traffic at its Germantown Avenue location, the Mt. Airy Market is moving to the Weaver’s Way co-op at Carpenter Lane and Greene Street. “We don’t know why it was that way,” says Matt Weiss, farmers market program manager. “It’s not an exact science.”

For similar reasons, Farm to City closed the market at the Radian building in University City District. When it’s forced to close markets for lack of business, says Weiss, “we try to accommodate [farmers] at other markets, but sometimes those market hours don’t fit the farmers’ schedules.”

While they can’t pinpoint why certain markets do better than others, Farm to City does know that Saturday markets thrive.

The Saturday Rittenhouse Square Market is the biggest and most successful, and it’s still growing. The consistently busy Bryn Mawr market operates year-round on Saturdays. Farm to City’s next busiest market is University Square market, which runs 10AM to 3PM Wednesdays.

Both Farm to City and the Food Trust diversify offerings and supplement farmer vendors with added-value partners, who make food using locally sourced ingredients. Some new producers this year include Brulee Bakery, Zea May’s Food Truck and Kitchen, which serves Native American-inspired cuisine at the Weaver’s Way market; and Mompops, which sells maple syrup and popsicles made with local fruit, including peaches, apples, and strawberry basil.

“It gets tricky finding added-value vendors,” Weiss says, because their products have to use mostly local ingredients.

Nevertheless, these kinds of vendors attract customers and they make the market experience more dynamic. This spring the Food Trust has signed on a slew of new added-value vendors, including GreenStreet Coffee Roasters, Zsa’s Ice Cream (which operates from a cool retro van), Yum Town, a food truck that sells empanadas and cleverly named sandwiches such as the Edgar Allan Potato sandwich. Other products for sale at various markets include hard cider, apple and pear wine, and jellies and jams.

Other producers bring items not for the eatin’. Tandi’s Naturals makes local soaps, lotions, and other body products from Lancaster made with Beef Tallow.

Nikky Uy, senior associate at the Food Trust, says that there’s more to growing and building community markets than adding new vendors. “We’ve been making cultural substitutions for the food available at our markets,” she says. This means substituting, say, pears and apples for guava at Latino-centered markets, such as the up and coming Norris Square market.

“The best substitute for guava is figs,” Uy adds. 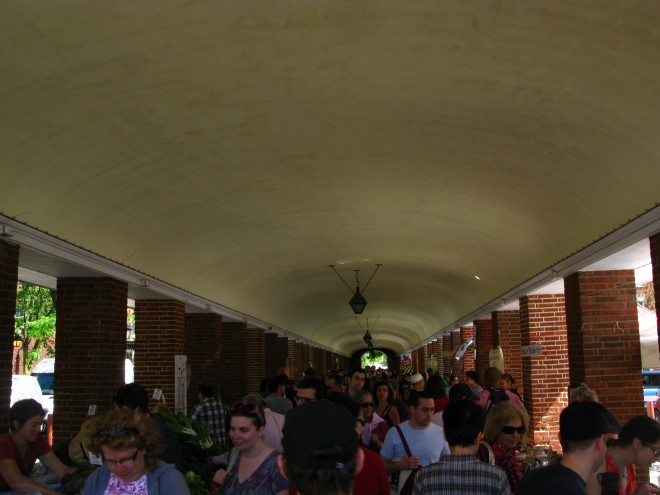 While many of the Food Trust’s markets open in June, a few–Headhouse (Sundays 10AM to 2PM), Fitler Square (Saturdays year-round), and Clark Park (Saturdays year round)–are already in business.

Another new market in Fairhill Square is set to open this summer and a new location in South Philadelphia is planned, approval pending. The Norris Square market is moving to the other side of the square toward the demolished St. Boniface church.

Market planners certainly assume that neighborhood farmers market will trigger positive community change, but rarely do they have as much impact as the one year old market in Hunting Park. Uy says that the market has become “not only a social hub; it’s the first form of legitimate commerce in that area.”