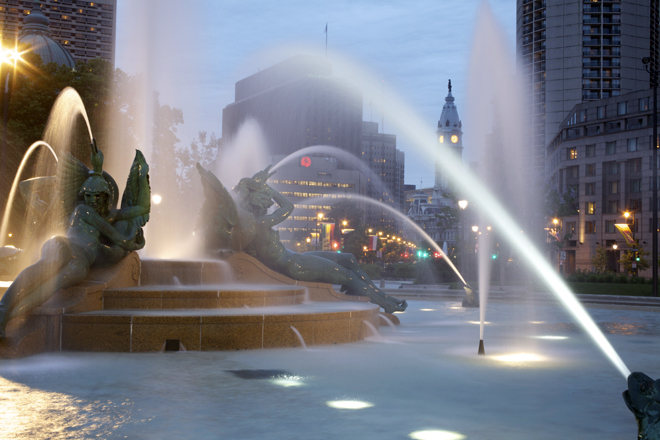 Perhaps lost in the coming spectacle of the Barnes on Parkway: the rather stunning reemergence of fountains as objects of wonder in the public landscape, particularly along the Benjamin Franklin Parkway. Has any city sought such delight (and the affirmation of engineering) in reflecting pools, jets, mist, tumbling water, and spray since the creation of the gardens of Babylon in the first or second century BCE?

This week will see the opening of three new water elements on the Parkway–the Wissahickon-inspired naturalistic waterfall and children’s pond at Sister Cities Plaza, a fountain on the south end of the plaza representing Philadelphia in relation to its various sister cities, and the reflecting pool at the main entrance garden of the Barnes–and the reemergence of the neo-classical fountain and pool at the newly refurbished patio of the Rodin. These fountains will be joined by sculptor Janet Echelman’s sculptural fountain and ice skating rink at Dilworth Plaza. 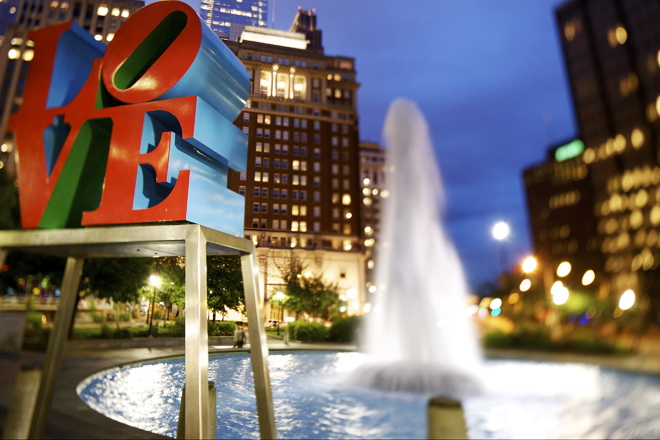 Thus, a walker–perhaps a swimmer!–heading from City Hall to the Water Works will encounter this new Dilworth Plaza water sculpture, the masculine jet of Love Park (notwithstanding the planned renovation of that space), the fountain and waterfall/pond at Sister Cities, the Swann Memorial Fountain with its metaphoric embrace of the city’s three main waterways, the reflecting pools of the Barnes and the Rodin, sculptor Rudolph Siemering’s Washington Monument with its cascade fountain, the two neo-classical fountains on either side (in honor of civic visionary Eli Kirk Price and Swedish captain John Ericsson), the fountain at the center of the piazza at the top of the Art Museum steps, and two refurbished fountains in the cliffside garden next to the Water Works.

Landscape architect Bryan Hanes, designer of much of this restored landscape, reminded me that the tumbling fountains that straddle the Art Museum steps have been off for several years (he is trying to find out why). Likewise, the lovely Fountain of the Seahorses (a gift of the Italian government to Philadelphia in honor of the Sesquicentennial of America) below the west entrance to the Museum, has been out of commission for a few years (it now appears to be under renovation).

All told, that’s 15 fountains for our pleasure in about 15 blocks, a veritable romance of the urban idyl spilling out from the center of the city to the lissome shore of our most seductive river.