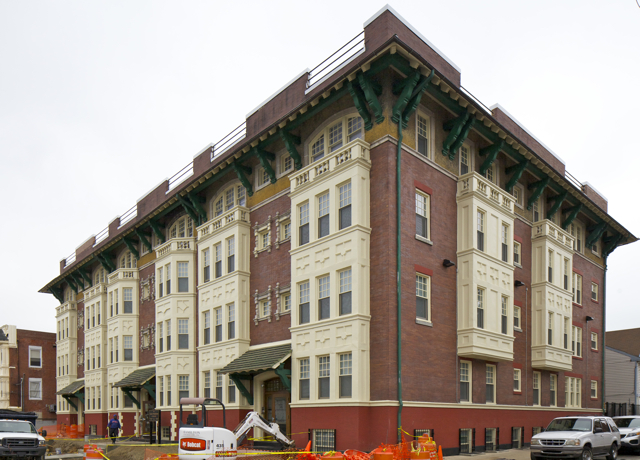 West Philadelphia nonprofit ACHIEVEability will cut the ribbon Wednesday on a $7 million renovation of its historic Lawson Residences at Von Louhr, on 61st St. just south of Market. The neighborhood has seen little investment for decades, but ACHIEVability combined tax credits in a new way to help finance the project.

“It’s probably the largest development in that immediate area in the last 50 years,” said ACHIEVEability CEO Marcus Allen. “I think it’ll have an immediate economic impact because many people who worked on this project were from this area, from West Philadelphia. It’s also going to have a great impact on the value of the houses around it.” 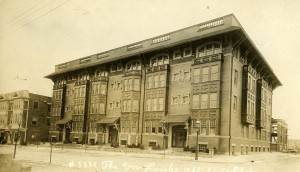 ACHIEVEability provides affordable housing and self-sufficiency programs to low-income, single parent families in West Philadelphia. In the late 1980s, as the organization set out to rehabilitate the building a first time, its leaders recognized the possibility of employing a tool it was already familiar with, the Federal Low-Income Housing Tax Credit (LIHTC), and another it had not used before, the Rehabilitation Tax Credit, which the Von Louhr building qualified for as part of the Haddington Historic District, a National Register of Historic Places district created in 1988.

At that time, the LIHTC and the Rehabilitation Tax Credit had never been employed in combination. The LIHTC had been used exclusively to subsidize the construction of affordable housing while the Rehabilitation Tax Credit had been used solely to subsidize the rehabilitation of National Register-listed properties. According to Allen, it took over two years and the assistance of nearly a hundred volunteer lawyers to figure out how to use the credits in combination. Thanks to this monumental effort, the credits are now used in combination regularly, making otherwise prohibitively expensive rehabs possible. 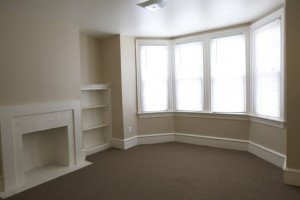 The decision to renovate the building a second time was fueled by rising maintenance and energy costs. BWA Architecture + Planning guided the extensive restoration, which included replacement of the HVAC system, insulation, interior walls, and windows with more energy efficient counterparts, and restoration of the original doors and millwork.

This project, which creates affordable housing for families while preserving the most important features of the building, particularly its California Mission style facade, does much to honor the building’s curious history. Originally the Von Louhr apartment house, the property was built in 1912 by florist-turned-developer William C. Smith. With his profits from his nursery and Market Street shop, Smith established the Haddington Title and Trust Company bank.

With funding from his bank, Smith built Haddington, a transit-oriented community complete with apartment houses (including the Von Louhr), row houses, twin houses, and commercial buildings, on a two block tract adjacent to the newly-constructed Market-Frankford Elevated Line’s 60th Street Station. In terms of the variety of uses and styles, Haddington was intended to mirror the distinct, mostly self-sufficient communities that had grown around each of the Market-Frankford El stops to the east.