Easily Philadelphia’s most prominent citizen-organized historic preservation group, the Alliance is a frequent collaborator and critic of the Historical Commission. As Ben Leech, the Alliance’s director of advocacy (and Hidden City Daily contributor) said, “at any one time we might have lawsuits against [the Historical Commission], but at the same time have a really strong working relationship with the staff and the same best interests in mind.” 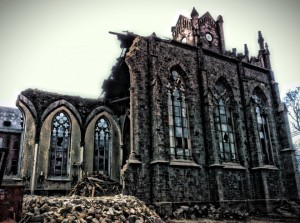 Leech also acknowledged the understaffing of the Commission, describing part of the Alliance’s work as “capacity support.”

“We didn’t do it this year, but in the past we’ve received funding to give them interns to help process their backlog of applications,” said Leech, referring to a William Penn Foundation grant the Alliance received that was effectively channeled into the Commission. As the Commission is a municipal agency it cannot apply for some of the funding sources that the Alliance, a non-profit, can access.

But the Alliance is also limited in terms of what it can accomplish, dependent largely on grants and donations. Alliance director John Gallery estimated that his organization can handle between “six to twelve” individual nominations in a given year.

“Preparing a good nomination can take maybe two to three months, mostly because it’s not like we have someone who’s doing that 100 percent of the time,” said Gallery, noting that district nomination can net many more properties, but take longer and are frequently more contentious. “We do as much as we can, but we have other demands on our time, too,” he added.

This means that buildings like St. Boniface or the Monastery of St. Clare or Cramps Shipyard–let alone subtly important rowhouses in Nicetown or the mercantile architecture of Germantown–will never come up for nomination. There just isn’t enough capacity.

Gallery reiterated that the Commission’s main problem was a lack of manpower, saying he thought it would be “extremely difficult” for the Commission staff to even complete a reasonably sized historic district nomination in-house. “Individual nominations they could do, but even that number is always limited by the fact that they have to give first priority to permit applications,” said Gallery.

So how does Philadelphia rank amongst it’s cohort cities? New York City, physically three times larger than Philadelphia, has over one hundred historic districts, about ten times more than Philadelphia. Baltimore, less than half the size of Philadelphia and with similar budget woes, has almost the same number of many staffers, at five.

The Daily spoke with staff of the Boston Landmarks Committee, which has 6 employees managing 8,000 designated properties in nine districts. Boston’s numbers are close to rivaling Philadelphia, despite Philly being almost double its size with an equally robust architectural heritage. 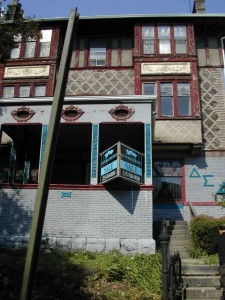 Ellen Lipsey, executive director of the Boston Landmarks Commission said that in her city, individual historic districts each have their own voluntary boards that meet monthly to handle the nuts and bolts of minor permitting, with three staff members overseeing Boston’s nine historic districts. With a portion of permit applications shifted to district boards, the Landmark’s Commission deals with permitting on individual properties and, notably, considering new buildings for historical certification.

Would this system work in Philadelphia to lessen the Commission’s workload? Critics of Boston’s model say the board system would increase permitting time and slow development, but Lipsey said her staff is able to spend the majority of their time handling actual nomination proposals. That means significant buildings are less likely to fall through the administrative cracks–or be ignored all together. 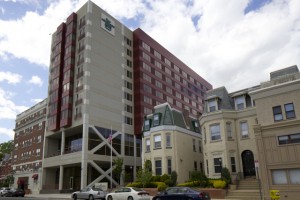 And that’s just what happened with the well-preserved Second Empire twin at 4107 Walnut, once the home to John Welsh Dulles and the author Charles Winslow Dulles, uncles of Secretary of State John Foster Dulles, as well as its neighbor 4109 Walnut, a rather inventive house designed by the recently reconsidered architect Charles Pearson. Both were destroyed to make way for the Homewood Suites hotel now under construction. That the hotel was built on this site in the first place is a story of preservation gone awry, a series of events that will very likely result not only in the loss of the Dulles and Pearson houses, but also of a mansion at 40th and Pine Streets designed by the architect Samuel Sloan. The Sloan building is on the Philadelphia historic register, and therefore legally protected. Why the protection isn’t enough to encourage the restoration of the 40th and Pine mansion is one of the subjects of part two of this story, which will appear tomorrow–the very day a committee of the Historical Commission will decide its fate.