In Defense Of Zoe And Her City 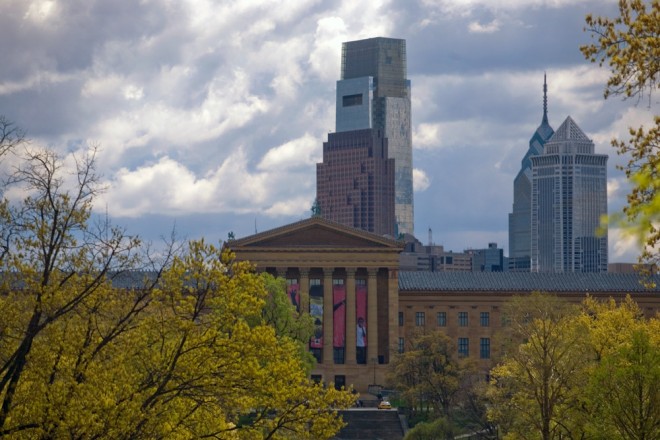 When I walked into Doobies Bar at 22nd & Lombard last Thursday, I was brimming with a Philly-feelgood I hadn’t felt since…well, at very least since I moved across the country to rainy Portland two and a half years ago. On this particular afternoon in Philadelphia, where I understand it’s always sunny, there was a perfect melding of conditions: springtime sunshine, Schuylkill breezes, blossoming trees, Dr Dog’s new record Be the Void on my headphones. Walking across Lemon Hill (from where the above photograph was taken) and then through the Azalea Garden in full bloom set the stage for what had become the impetus of my visit: Zoe Strauss’ Ten Years exhibition at the Philadelphia Museum of Art. Seeing her famous “Mattress Flip” hanging between those familiar kasota stone columns of the PMA’s west entrance–knowing that the east side read “VAN GOGH”–was a booster shot of pride.

As a photographer, I’ve had nothing but respect for what she’s accomplished, from her ten years under I-95 to her gut wrenching depiction of the Gulf Coast as it dealt with BP’s oil disaster. For my own tastes, some of her photos are better than others; the two prints on my walls are of the crushed McDonald’s sign after Hurricane Katrina and of the woman smoking crack in front of a plywood wall in Camden. But certainly no accomplishment thus far can top breaking through the conspicuously stuffy institution and society Albert Barnes denounced; to be a living, breathing, Philadelphia artist with her own contemporary work on the walls of the PMA. 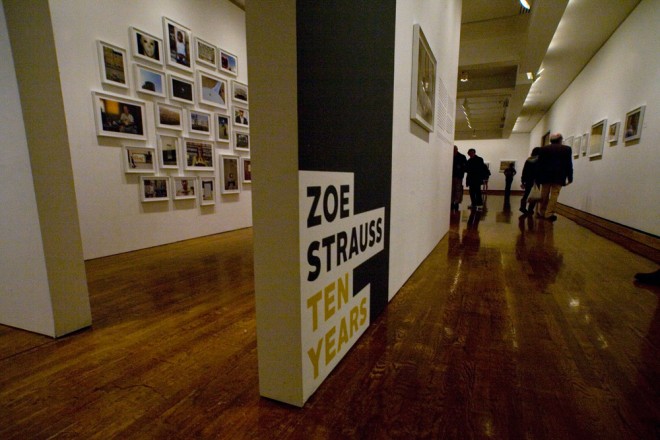 Walking through the gallery, the connections I made with certain photos–“Mom Were OK,” “Gunshot in Leg on Gurney”– were occasionally pierced by a security guard’s bellowing voice reverberating off of the gallery walls, demanding that no photography of any kind whatsoever will be permitted in this gallery, calling herself Officer So-and-So. (It could have been Smith or Jones, but “Officer” was the important part.) As I was wrapping up, in the central room with the rapid fire display–one wall had 26 photos assembled, A through Z–a group of dapper city high school kids walked in and made faces and expressions not unlike the one of the boy on the right of “Mattress Flip” while they viewed the photos. One of them, a girl who looked 17, said, so poignantly, “huh-uh, I can’t look at this. This too dangerous.”

Back at Doobies with my PMA badge still on my jacket, barkeep extraordinaire (and longtime PMA member) Rich Mulhearn struck up a conversation about Zoe and what her show represents to Philadelphia. A younger bar patron, maybe 23, was sitting by himself and chimed in that he heard she’s riding the backs of her subjects, exploiting them for her own fame. He even went so far as to say she’s “on record” as saying she doesn’t care about these people, that she takes her pictures quickly and gets out. Knowing how absurd this was, I asked him where he got his information, and he said something about his “model friends” who are also photographers who know her. I told him that I’d go “on record” that his “model friends” are full of shit, and instructed him to read Tara Murtha’s incredible cover story for Philadelphia Weekly on “Mattress Flip.” The soul that pours from Zoe Strauss’ photographs is the story they tell, and she takes great care to see to that. After all, her I-95 shows worked because they were free and open and for everyone. She’s One Of Us. 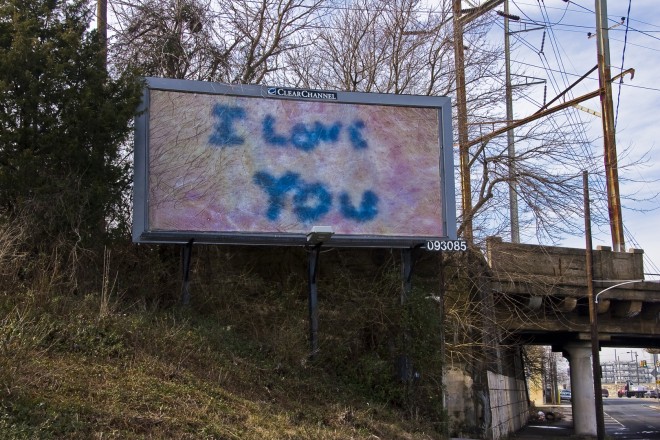 These are the sorts of jealousies that inevitably arise when One Of Us makes it to the top, so I didn’t pay the kid any mind. But I did in hindsight find it appropriate to be perhaps unnecessarily defending Zoe Strauss and her work when she’s made a career out of unnecessarily defending Philadelphia. Sure, Ten Years features works from Las Vegas and Alaska and Biloxi, but it’s her Philadelphia photos that the people come to see. That’s South Philly hanging between those Greek columns on the west side of the PMA. That was ?uestlove spinning records at her opening party. That’s a South Philly woman’s work up on 54 billboards across the City of Philadelphia.

You owe it to yourself as a Philadelphian to see Ten Years at the Philadelphia Museum of Art. If you haven’t yet, you’ve got until Sunday afternoon. Get into it. [Zoe Strauss: Ten Years]