You Coulda Had Class, Too!

“You don’t understand! I coulda had class. I coulda been a contender. I could’ve been somebody, instead of a bum, which is what I am.” – Marlon Brando in On the Water-
front 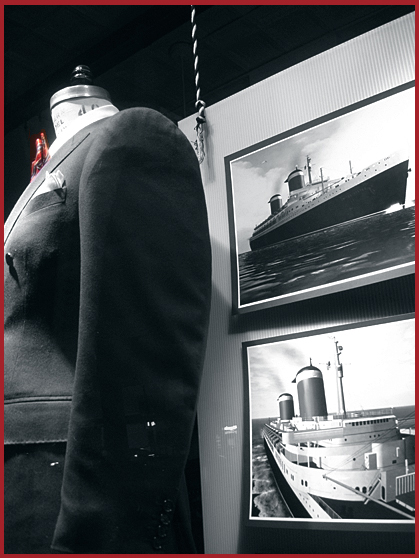 At 990 feet in length (The Empire State Building is 1,250 ft. high), weighing a tidy 53, 290 gross tons, the SS United States set a three day, 12 hour and 12 minute Atlantic Ocean western crossing speed record in 1952 that stands to this day. The Gibbs brothers, William and Frederic of Philadelphia, were the force behind this ambitious and innovative vessel that was also designed to convert to a troop ship in 48 hours (for the full story of William Gibbs, pre-order Steven Ujifusa’s A Man And His Ship, due out from Simon & Schuster in July.) 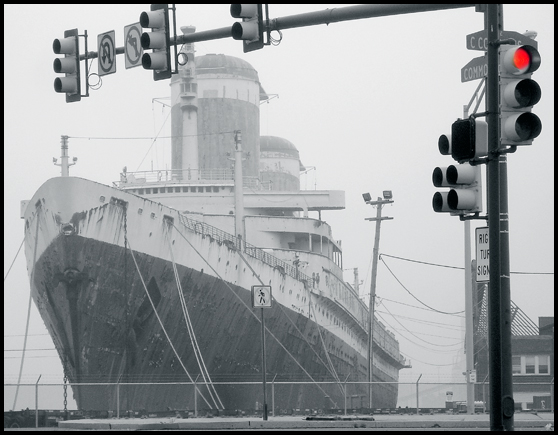 Laden with PCBs and peeling lead paint–PCBs were often used in ship materials and electrical equipment in the 1950s and 1960s–the ship affectionately known as “The Big U,” remains an enormous challenge for the conservancy established to restore it to active use as a museum/waterfront attraction (and for now it means public access to the ship is restricted). In 1992, the SS United States Conservancy, a non-profit agency, was founded for the restoration of what became, in 1999, a National Historic Landmark. On July 1, 2010, the Conservancy announced a $5.8 million pledge from philanthropist Gerry Lenfest to purchase and maintain the ship, docked across from the Ikea, in South Philadelphia.

While Lenfest’s funding runs out in November of 2012, the Conservancy estimates costs of $15-20 million to drydock the vessel, refurbish its exterior, and restore at least one deck. The vessel’s external appearance shows signs of age, yet analyses performed by the vessel’s previous owner indicate that the hull strength remains at 92 percent of original. Though now stripped of all appurtenances, the ship boasts over 650,000 square feet of interior space.

The conservancy recently launched the SS United States Redevelopment Project and retained New Canaan Advisors, a Connecticut real estate advisory firm, to create a viable pro forma for repurposing the ship as a waterfront attraction, likely in New York or Miami (though the Conservancy says other cities will be considered).

Today the ship contains within its scavenged steel hull the distant, echoing voices of a bygone era. In its day, though, that ship was so…swell! Just ask Joe Rota, he was a bellboy and, later, photographer on the Big U. 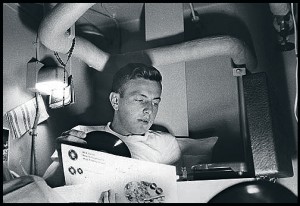 “The ship was magnificent. The ship itself was a magnificent story, the technology that went into it…I did feel privileged, a lot of pride involved. The passengers loved her, too,” Rota recalls.

“I fell in love with seeing the ships,” says Rota of all the gleaming oceanliners at port in New York City. He would see them on his daily ferry commute from New Jersey to work at the Herald Tribune newspaper. The SS United States, though, stood out for him. “Every seaman wanted that ship,” he says. At age nineteen, he pursued seaman’s papers and union membership and hired on.

“It was a city,” he remembers of the ship that held 3,000 people, “immaculate, floors were waxed all day long.” There was medical staff and “Master At Arms” law enforcement on 24 hour patrol. There was a jail on ship but no court system. Anything untoward that happened on the ship was under the jurisdiction of the FBI. Rota recalls having to give eye witness testimony, on land, for an onboard assault case that led to a conviction. “The ship was strictly run,” he adds.

Travelers went first, cabin, or tourist class. “Tourist class was the fun place to be,” says Joe Rota, “That’s where all the parties were.” Crew and passengers mixed it up there and relationships formed, however temporary. “A certain longing set in,” Rota said, explaining the pairings that occurred on the eleven day voyages. Rota knew of a certain junior officer onboard who had an English wife and a New York wife. Things took a bizarre and tragic turn when he asked his English wife to take care of his New York children.

Some female telephone operators and nurses onboard engaged in their own extracurricular activities, too. “Life on board the ship was not real. Most crew members thought it was temporary. I knew it was not going to be my career but it served me well [in life].”

All these years hence–SS United States ended its celebrated run in 1969–Joe Rota said what stands out for him was “the interactions with the people.” Joe remembers Marlon Brando. “A nice man. He spent a lot of time in the crew quarters, once showed up with two bottles of scotch and a guitar and stayed for about four hours. I think he enjoyed being with the crew more than with passengers.”

Every day, Rota, who grew up in small towns, delivered telegrams to passengers–film stars and politicians included. He avidly recalls “talking with [Grace Kelly’s husband] Prince Rainier, sharing a joke with President Harry Truman, having Burt Lancaster ask me to watch his two boys, seeing Kim Novak at bedtime…” For a list of celebrities who sailed on the SS United States click HERE.

In recent times he sat down to write a journal as a keepsake for his own daughter. In two or three days he had put down some 20,000 words. Mr. Rota contributed to the aforementioned new book, “A Man and His Ship.”

Joe Rota comes across as a real gentleman, modest and humble, someone who, as he said, considers himself privileged but is more than generous with his memories. He has an unabashed and undiminished enthusiasm for a world we’ll never experience ourselves. 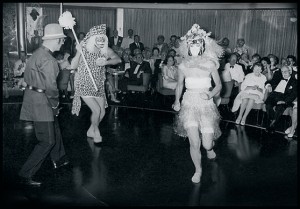 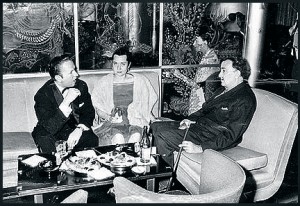 Supersonic airplanes, computerized automobiles–who needs big boats, anymore? People getting sick on fancy ocean cruises run by shady operators? No, thanks. The luster of ocean-going travel, once the epitome of class and luxury, is now tarnished and all but forgotten. 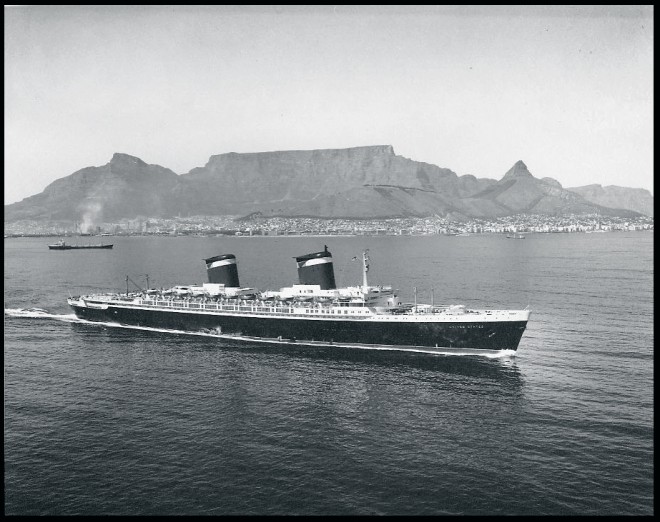 If only you had been born earlier…you coulda had class, too! And yet, if the SS United States Conservancy has it’s way, you’ll get your chance to stroll sunny boat decks where the likes of Cary Grant, Marilyn Monroe, Salvadore Dali…Marlon Brando, too, once partied like it was 1959.