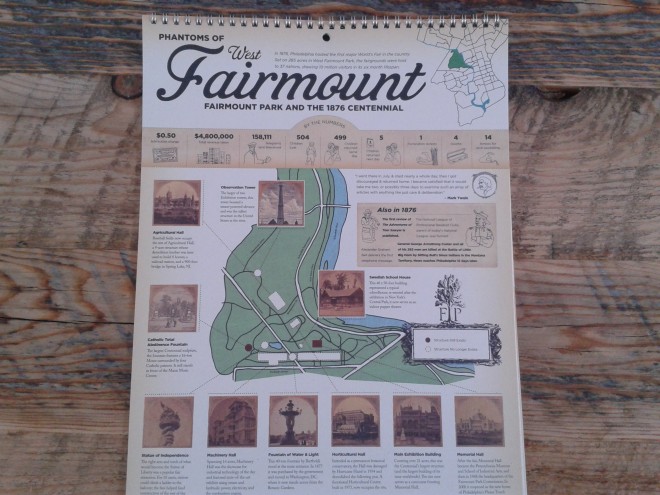 About this time of year, apparently, we start thinking again about Fairmount Park. In the past week, we’ve run Nicole Juday’s debut piece on the historic landscape around West Park’s Horticultural Center and Stephen Stofka’s trollop around Chamounix’s lost waterfall and lake.

Now, I’ve discovered more: April is “Phantoms of West Fairmount” month on Maskar Design’s Philadelphia atlas and calendar. Here are the lost treasures of the Centennial World’s Fair of 1876 and fun facts about the fair, including revenue ($4.8 million), admission charge ($.50), number of telegrams sent and received (158,111), and number of fornication arrests (1).