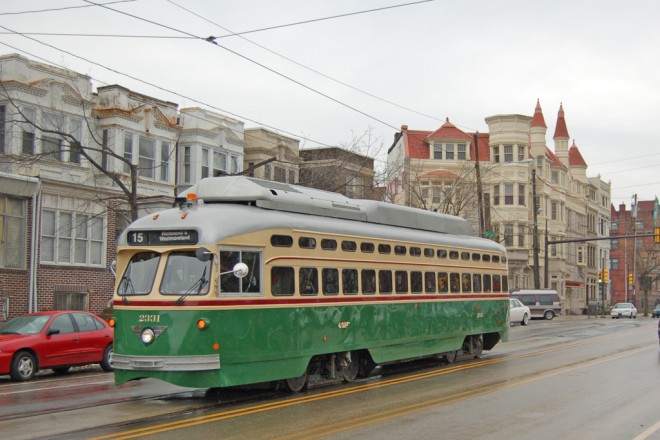 After a six-month absence, electric trolleys are set to return to Girard Avenue this Sunday, April 29.

Six months of bus substitution allowed SEPTA to replace several sections of deteriorated track and adjacent pavement. $1.2 million were spent to renew a total of 7,000 linear feet of trolley rail.

When the electric streetcars return on Sunday, it will be on a shortened route. Route 15 trolleys will serve Girard Avenue from 63rd Street to Front Street, continuing to a new turn-back loop at Frankford and Delaware Avenues opposite Sugar House Casino. Diesel buses will continue to serve East Girard Avenue and Richmond Street for the next two to four years until I-95 construction is complete. 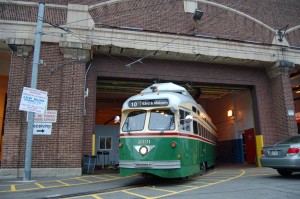 If the Girard Avenue streamliners look like classics it’s because they are. Built in 1947, the trolleys were overhauled during the 1980s and then completely rebuilt in 2004. The most notable upgrades are an ADA-compliant wheelchair lift and a real blessing to Philadelphians: air conditioning.