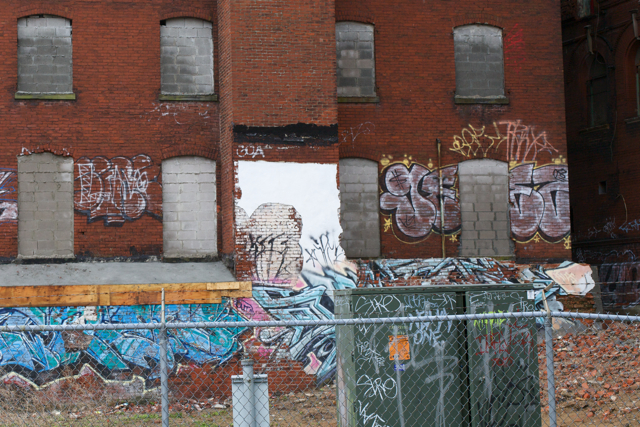 Even the Hidden City Daily has a touch of Divine Lorraine fatigue. Maybe that’s why we didn’t notice that the City sealed the  building extra-tight sometime over the last few weeks following the hubbub over the March 22nd “Repair or Demolish” L&I notice posted on the building.

The City said the scary  L&I notice was a necessary procedural step toward sealing the building and billing the owners, who had defaulted on their bank loan. Thankfully, that turned out to be the case. The City used concrete block to seal the second floor windows of the main building, and the first and second floor windows of the laundry building, which had been a point of access.

The building had been open to trespassers for several months until a small fire prompted the City to act. Much as we’d like to think an article in the Daily urging the City to seal the building had something to do with the decision, the timing was no doubt coincidental.