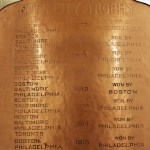 Two players are dressed in tennis whites battling on each side of a net, an optic yellow ball flying between them. Tennis, you say?

Well…not quite. How about court tennis? The Hidden City Daily is courtside at the turn-of-the-century Racquet Club of Philadelphia, designed by gilded-age architect Horace Trumbauer with its swimming pool made famous in Tom Hanks’ film “Philadelphia,” for a closer look at the city’s oldest and perhaps most under-the-radar sport. 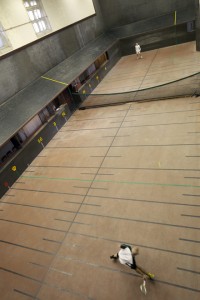 The unusual game is played as if it were in the outer court of a medieval castle. There is an asymmetrical area capped by a lofty ceiling. Walls are marked with letters and regal crowns evoking a regimen of unfamiliar rules. Racquets are spindly, slightly bent, and made of wood.

Court tennis is one of several pastimes referred to as “the sport of kings,” but it’s played every day on South 16th Street. It combines the strategy of chess, the accuracy of billiards, and the precision of polo with the fast-paced action of a match at Wimbledon.

Steve Virgona, who ranks second in the world on the Court Tennis professional circuit, pauses play against a visitor from Scotland to share with us some of the finer points of the game.

We examine the handmade ball, heavier and slower-moving than the type used in tennis. The ball is always served from the same side of the court toward a “penthouse” and thereafter can be played off walls, mid-air, off the floor, off a “tambour” or even into a large, window-like opening above the court called a “dedans.” A blur of terms and strategies follow, leaving us with the distinct impression that court tennis is, well, complex. 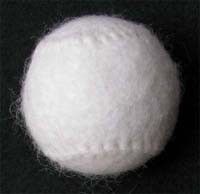 “The rules seem complicated at first,” agrees Mr. Virgona, “but it’s a fantastic, exciting sport that’s open to new players.” This month the native Australian will compete for first position against Robert Fahey, holder of a record-breaking nine titles, at the Court Tennis World Championship at the Queens Club in London.

Throughout the summer, tournaments are scheduled to be played on courts in Newport, Tuxedo and Lakewood, New Jersey. The building and restoration of court tennis facilities is picking up momentum–the U.K. has built 10 in the past 10 years and Chicago is now rebuilding its only court, closed for the past 60 years. 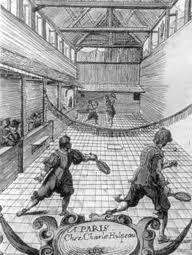 Court tennis in the 17th century, or jeu de paume as it is called in France

Sport of Kings and Robber Barons

Based on ancient Egyptian fertility rites, court tennis developed in France from jeu de paume, an early form of handball played by 16th century monks. The palm was replaced by a glove, then a small net at the top of a pole and voilà, a pastime was born that captivated European royalty for centuries. It’s said that King Henry VIII was playing the game while wife number two was losing her head on the chopping block. When the Victorians developed lawn tennis during the 19th century, its simpler rules and easier layout–no need for massive space and specially treated concrete the texture of slate–launched the sport we recognize today as modern day tennis. Still, court tennis continued developing a small yet mighty following across Europe, in Australia, and in the United States. Since then Philadelphia has played an important role in the preservation of an ancient sport played by fewer than 2,000 enthusiasts around the world on only 47 existing courts. How did that happen? 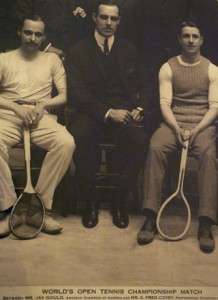 “Anglophilia took hold in the late 1800s,” says Clarence McGowan, a member of the Racquet Club of Philadelphia and an avid court tennis player whose son, Drew McGowan, ranked first for several years on the world amateur circuit. “Robber barons were trying to marry their daughters off to British nobility.” Court Tennis, with its, social traditions, was an ideal setting for matchmaking. The lively game was played on courts from Charleston and Washington, D.C. to Newport, Rhode Island, Philadelphia, Boston and points in between. Players moved between stateside courts and prestigious clubs in Europe, enjoying tournaments that Mr. McGowan describes as festive times highlighted by dinner dances and weekend entertainments.

The city’s role in the sport became firmly established when the Racquet Club of Philadelphia moved from its original quarters at 923 Walnut Street to its current location in 1907. That is when Roman Catholic High School established a free-of-charge training program for boys interested in racquet sports. The athletes began training at the RC on the only court tennis court in the city. Since then, Philadelphia has been a key source of players and faculty, many of whom have dominated the professional ranks.

“Part of the allure of court tennis is that nobody plays it,” says Gabe Kinzler a squash professional at the Racquet Club who has competed on the court tennis pro-circuit as a junior national champion. If you attempt to find the names of public figures that play the sport you discover that that is true–our list topped off at only two familiar names: Prince Edward, the Earl of Essex, and Boris Johnson, who will run for re-election as the mayor of London next month. George Plimpton, American journalist, writer, actor and editor of The Paris Review, was also an avid court tennis player until his death in 2003. By comparison, an estimated 12 million people, both famous and not, play tennis throughout the world. 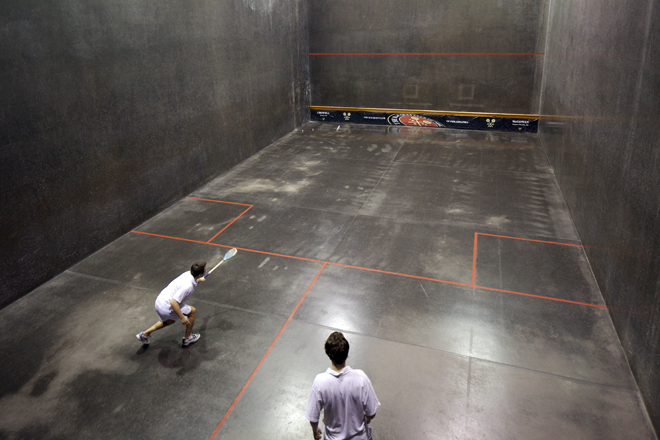 And how many play racquets, a game even more anachronistic than court tennis–and, you guessed it, kept alive at the Racquet Club? Racquets is the tough old grandfather of squash. Mr. Kinzler and an RC intern play an exhibition game for our edification. 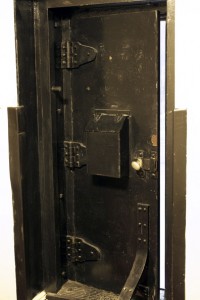 The formidable door to the racquets court | Photo: Peter Woodall

On one of the top floors at the RC they step past a heavy, safe-like door into a grim, cavernous cell–a replica of the courtyards where racquets was once played exclusively in 18th century debtor’s prisons, the King’s Bench and Fleet, in the United Kingdom. There they play an intense, high-speed round that involved smashing a stone-like projectile against the walls at speeds reaching 120 miles per hour. From the perspective of a viewing gallery positioned safely above the action, Racquets is a thrill to watch. Yes, here are shadows of squash–and a hint of Harry Potter’s Quidditch.

According to Edward M. Noll, the Racquet Club general manager, when the club was first established at Walnut Street, Court Tennis had yet to be played in Philadelphia and squash, the club’s current most popular sport, had yet to be invented. (The Racquet Club features three international squash courts and the country’s first doubles squash court.) For 20 years, Noll was the leading professional court tennis player at the Racquet Club and a competitor at the professional level for five years. Out of hundreds of the RC’s 1,100 active members, Mr. Noll estimates that only 20 play Racquets on a regular basis. As far as court tennis and squash, he says, “Our membership is enthusiastic about both of those games. It’s the athletics and racquet sports that make the RC what it is. We’re the only ones who offer what we offer.” 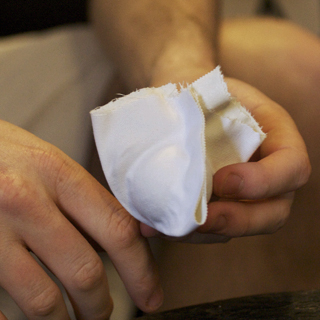 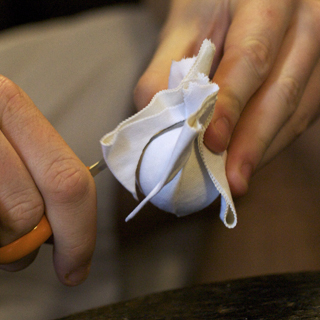 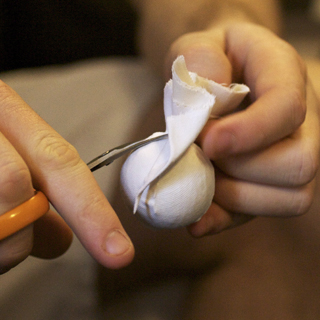 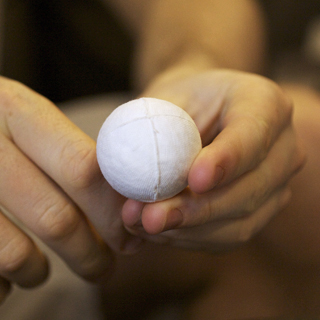