The Mind Behind the Signs 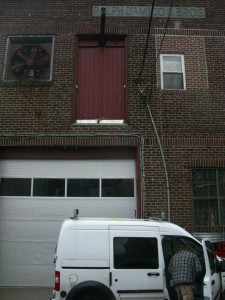 Now here’s the man: Gibbs Connors, who started signmaking at in Philadelphia at Bright Signs–a third generation shop, started in 1928–on Race Street in the late 1980s. On Wednesday, we visited Gibbs in his South Philly shop, the former Ralph D’Amico plumbing supply house–the D’Amicos were “plumber barons,” he says–on Annin Street. We watched him prepare to finish a sign for Eaves, a new store in Wayne, and he gave us a tour of his collection of 1950s and 1960s Volkswagen buses. Of those buses, he says, “Everyone thinks they’re for hippies. That’s a myth. They were used for everything–tour buses in Europe, fire brigades, every possible commercial use.” His favorite one is a 1958 bus sold by Wilkie and used by Philadelphia’s King Automatic Heating–“all Philly,” he says–with a split front seat, which means it was built at the beginning of the factory run, in March.

Gibbs’ world is expansive and he loves stuff–the VW bus collection got him into vintage roof racks and folding ladders and new (never used) old style auto parts. And every year he helps put on the VW Pine Barrens Trail Bash. 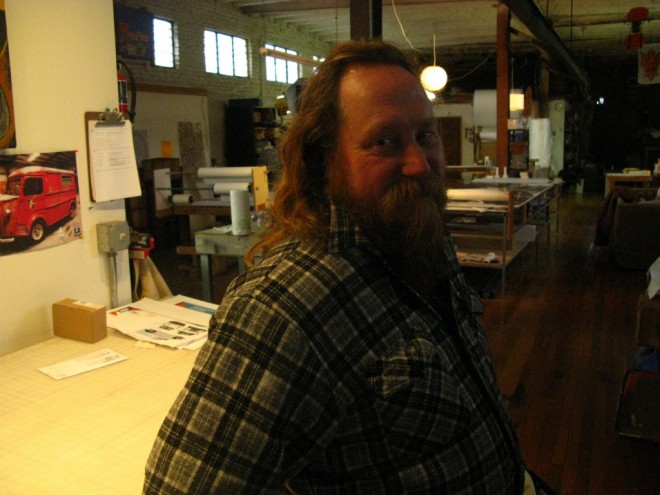 Nathaniel Popkin: You came to Philly in 1989.
Gibbs Connors: I had been doing signs in Troy, New York for a couple of years and I came here with my future ex-wife. 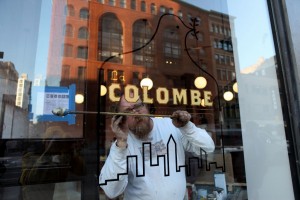 NP: You worked at Bright Sign for a while, but you wanted to do hand crafted signs.
GC: Yes, in what was the signmaker, printer, lithographer’s district. They’re a great shop, from 1928, but they do high output work. I really had a desire to make hand carved signs and gild, the traditional craft of signmaking instead of all the machine-made stuff that proliferates today.

NP: You mentored with an old signmaker in Troy?
GC: When I got out of college, I did construction, working every day outside, whether it was 96 degrees or zero for $5 an hour, which was not good then either. We were finishing a job and I saw an old guy meticulously handlettering a store sign, painting it on the inside of the glass. I asked him for a job and he invited me to his shop. I brought my entire portfolio. He flipped through and then he said, I don’t know anything about art, but if you can do this, you can make signs. The great thing about signmaking, he said, was that you can walk down the street and see who needs a new sign.

NP: Is it true?
GC: It’s abundantly true. But I’ve learned if I try to sell myself on the street, it cheapens me. I haven’t approached anyone for work in 15 years. 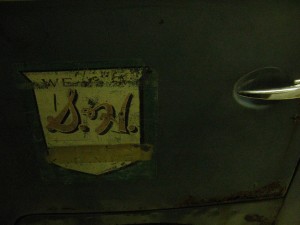 NP: Some of that thanks to the Philadelphia Museum of Art.
GC: Twenty years, the kind of client you bend over backwards for. There are very few people like [late Museum Director] Anne D’Harnoncourt. She had her hand in everything at the museum in a good way.

NP: You love old signs.
GC: I photograph all the hand-painted signs I find around the city. My first job on my own in Philly was for the Camac Market at Camac and Spruce. There’s a great hand-painted sign there. I was glad the people who opened Mercato left it. One of the coolest is at the Franklin Fountain–a guy with a fishing reel. Now that’s cool because the business is still in operation in Hunting Park. 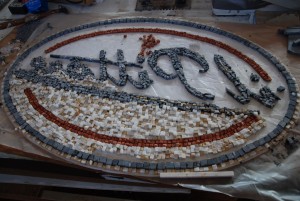 NP: You’ve worked for Starr for a long time.
GC: I did the sign for Starr’s club The Bank back in the day. That was the beginning. Recently Dandelion, Il Pittore. The Il Pittore sign: something I really enjoy is to do things that seem impossible or obsolete. I’d never done a mosaic before, but I knew I could do it. I thought I would go to some tile store and get mosaic tile, but you can’t. So I had to make the tiles myself, breaking carrera marble, limestone, white marble, black marble into pieces and running them through the wet saw.

NP: And La Colombe?
GC: Yes, those guys get an idea, it’s go! I did the store on Dilworth Plaza and in Chicago and New York. Also they have two trucks, restored Citroen H Vans, one in Chicago and one here, they use for food events. 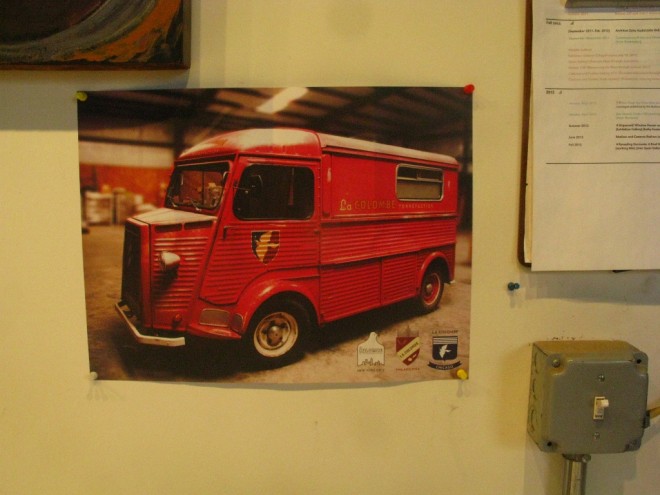 NP: Did you design all this new look for them–the type face, etc.
GC: No, the way it is these days, I do little design work, Everyone is so brand oriented, it’s all R&D’d before it gets to me. 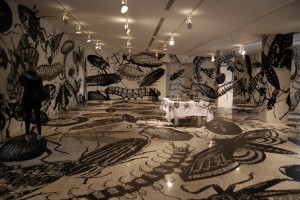 NP: You do art installations too.
GC: I go in waves about what I prefer to do. I do projects I can do well. I do enjoy site specific installations, which are challenging because of scale and detail. At Moore College for PhilaGrafika, I did “Mandala” (the red rosette of Philly brand names) by Gunilla Klingberg and Mundus Admirabilis (giant insects) by Regina Silveira. She’s the unknown rock star of the art world. It is one thing I like about site specific work, I get to meet people like her and Andy Wyeth and Bruce Nauman.