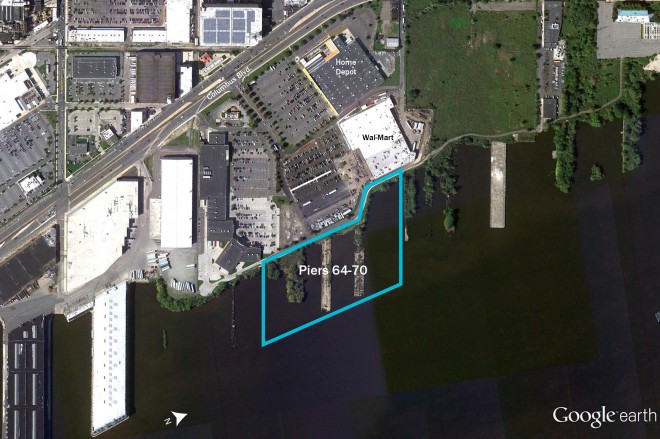 The Delaware River Waterfront Corporation (DRWC) and the region’s largest land conservation organization, Natural Lands Trust, have been awarded a $1.25 million grant by the Pennsylvania Department of Conservation and Natural Resources (DCNR). The deal will assist in the acquisition of 16 developed acres in Pennsport, between Reed Street & Snyder Avenue.

The parcel allows for a preliminary, yet integral step towards the eventual realization of last year’s Master Plan for the Central Delaware, a public space that Mayor Nutter promises will represent “the best waterfront in the country; a green, sustainable gem along the river where people live, work and play.”

Work can now commence on the southern portion of the multi-use trail that will eventually run the course of the Central Delaware, as well as a natural wetlands park. For a review of the trail up to this parcel we published Monday, see Nathaniel Popkin’s “Late Afternoon in the Impossible City,” HERE. 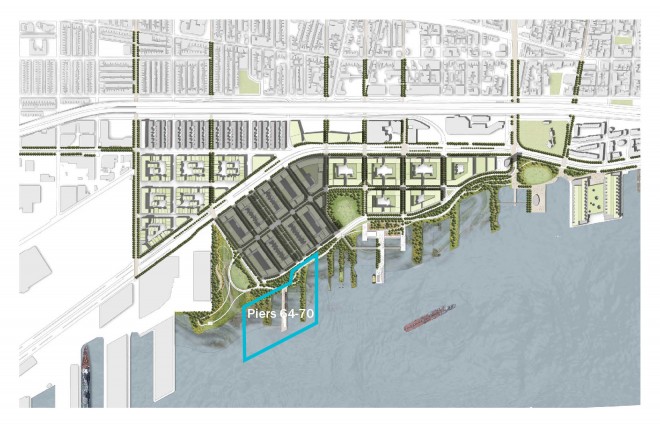 The grant announced today is the result of months of negotiations between the local organizations and the state agency, yet only accounts for half of the land’s estimated value of $2.5 million. The property owner, Delaware Associates, L.P., will match the DCNR by charitable donation.

Deputy mayor for planning and economic development Alan Greenberger remarked on the multi-pronged approach in procuring the funds.

“This is the first of many creative partnerships and multi-partner negotiations using the innovative financing techniques necessary to acquire public spaces along the river, integral to implementation of the Master Plan for the Central Delaware,” Greenberger said.

In conjunction with this investment, DCNR has additionally granted DWRC $250,000 dedicated to improvements on Pier 53.