Lifeboat For The Ages 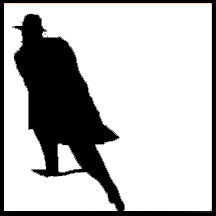 Walk the Walk: a writer steps outside and, without preconceptions, walks ’til a story materializes — serendipity and discovery in the City of Philadelphia. A new monthly Hidden City Daily column by Joseph G. Brin

I arrived on foot. Walking about twenty-five minutes took me to a neighborhood rowhome synagogue, or shul, founded by European immigrants in the early 1900s. Congregation Shivtei Yeshuron-Heysiner-Ezras Israel at Fourth and Emily Streets, deep in South Philadelphia, is the oldest and only remaining Orthodox synagogue in a neighborhood that once boasted a synagogue on virtually every corner.

From the top floor of the synagogue you can still look back toward buildings lining the Delaware riverfront where the Red Star Line from Amsterdam and other ocean liners pulled in to unload waves of immigrants from the 1800s through about 1915. From the docks, it was a fairly short walk to the South Philadelphia community where Shivtei Yeshuron and countless other shuls were established as a beach head in the new land. 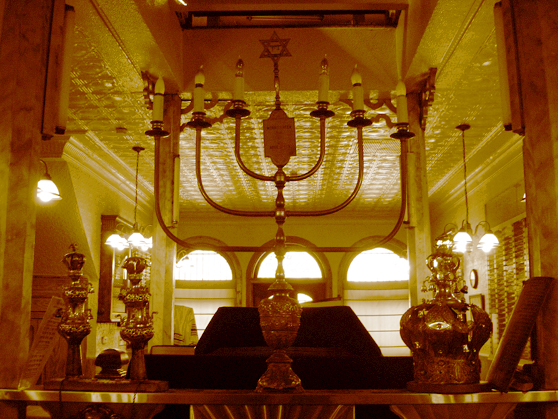 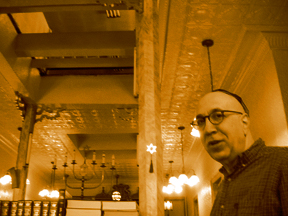 “We haven’t missed a high holiday service in 102 years,” says Rich Sisman proudly. Sisman is the practical, optimistic, and straightforward synagogue president. “I need two things,” he says. “I need bodies and money.”

Money? About 50k or more would register as a significant upgrade in terms of renovations. New members? “It depends what you define as a member,” says Rich with a smile. Everyone’s welcome, he explains. No one is turned away based on membership dues. Shivtei Yeshuron is free and always been. He receives donations throughout the year from people (from as far away as Maine) who have attended services or who are interested in or grew up in the synagogue. Shivtei Yeshuron makes one annual appeal but it’s up to the people who pledge money to actually follow through, says Rich with a knowing shrug. But, he adds, “I’m too stubborn to let it shut down.”

Recalling a recent holiday celebration, Rich says, “we were davening (praying) at the front of the room as kids and babies were screeching in the back. I was grinning from ear to ear. I see life in the place!” Rich himself was Bar Mitzvahed here before the family moved out when he was fifteen.

It was 1973 and the neighborhood was in a bad way. Irish on one side of the synagogue and black on the other. Fourth Street, location of the synagogue, was a buffer that had become a battleground. “There were lines painted in the sand even if you couldn’t see them. We could literally see people getting killed with knives and chains,” says Rich.

Though other Jewish families were upset that his family pulled out it would be hard to blame the Sismans. The irony today is that neighbors have grown curious about the revival of the synagogue. They see it as a neighborhood asset. 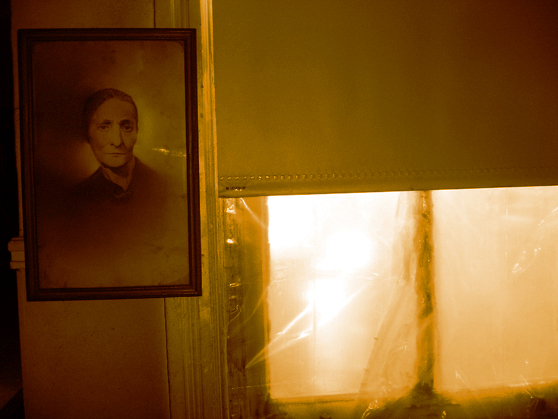 A number of portraits still hang at the synagogue. This person was important to someone…her name now lost to the ages.

Aged walls at Congregation Shivtei Yeshuron-Heysiner-Ezras Israel have weathered both time and the scrutiny of Philadelphia’s Licenses and Inspection. L&I officials, indeed, insisted that the rear portion of the structure be torn down and rebuilt for public safety. Shivtei Yeshuron was, thus, rescued from the brink of oblivion just as its membership numbers had dwindled to the point where the space remained mostly shuttered, unused. They were forced to take action to save the place. 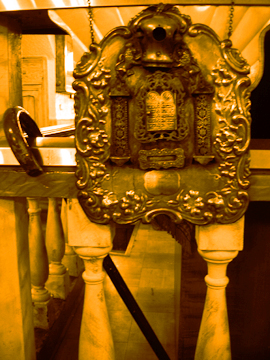 And yet they do it with an air of self-effacement. This congregation website entry attests to the contributions and gentle humor of the elder statesmen who are dedicated to shoring up Shivtei Yeshuron as it begins its resurgence in the new millennium:

Our weekly Shabbos Services are led by three of the area’s favorite sons:
Joe Pepper Who in his youth was South Philly’s most loved and feared pool hustler. He now honors us by reading the Maftir. He always has a punny joke at hand.
We Regret to Inform of the Passing of Our Beloved Joe Pepper. His Date of Passing was Saturday, the 18th of June, 2011.
Nate Pepper Nate, also known as Lefty, usually conducts the first half of our Service.
Dave Kalniz A former Golden Gloves Boxer, and a boxing historian, leads the second half of our Services. Dave and Nate share the reading of the Torah.
Visitors are also welcome to lead part of the Service. 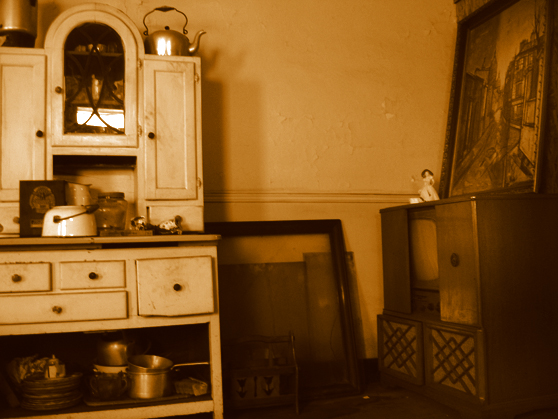 “Where did we go wrong?”

“We agree 100% on everything. We’re totally aligned about the future,” explains Rich Sisman, referring to Morris Levin whom he considers the person most likely to carry the torch for Shivtei Yeshuron when he steps down. Morris Levin is an observant Jew, Philadelphia native, young father, and business consultant with an MBA from the University of Pennsylvania. Levin has an abiding interest in many things historical, whether buildings, maps, sports graphics or the Negro League baseball teams of Philadelphia. 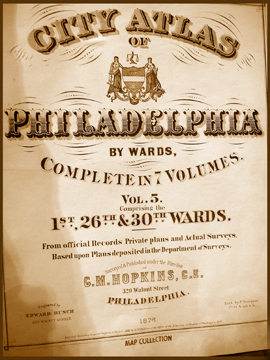 Morris Levin researched city maps at the Free Library of Philadelphia tracing the evolution of the synagogue. 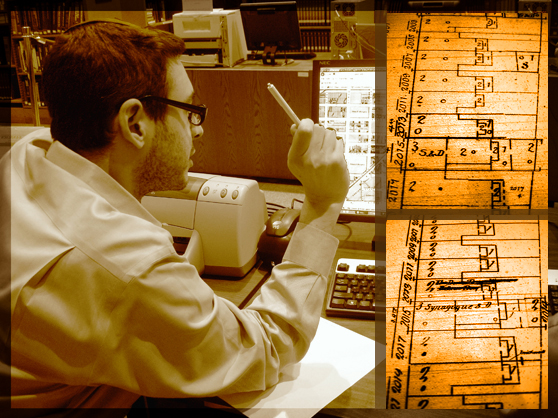 Levin zeroed in on the synagogue and its transformation from store and dwelling (top “S&D”) to synagogue and dwelling (bottom “Synagogue & D”) between 1914-1919. The 3 story structure itself dates to 1886-1895. It once housed a horse stable at the back of the property.

Rich Sisman claims the congregation first rented and occupied the space in 1909. The map suggests this was “official” by 1915. Rich claims the congregation as an organized group pre-dates its occupancy of 2015 S 4th, and was originally located further north in the South Street neighborhood. Stories, memories, and research continue providing an anchor of fascination for congregants and new visitors alike.

Shivtei Yeshuron of South Philadelphia, as it advances into the new millennium, represents a confluence of religious and urban use/space planning trends in Philadelphia and nationally–flourishing in industrial or other historically preserved buildings. Morris Levin is a kind of conduit for these merging streams of positive energy, connected as he is to the artistic and community potential this represents for Philadelphia.

“I’m personally interested in city history, old spaces, and really excited by what I’m seeing in the city,” says Levin, who enthuses about the accessibility of so many assets both recreational and cultural. When it comes to re-envisioning Shivtei Yeshuron he says, “I want it to be an active synagogue but that can mean different things. I’m taking a much more organic approach.” Levin sees a stage for art events, spoken word events, film screenings, CSA drop-off, a root cellar in the basement…you get the picture.

And yet he believes the few remaining longtime congregants who welcomed him in just a year ago trust him to be respectful of the space and history of the shul, knowing where to draw the line. Food events always feature kosher fare, for example. 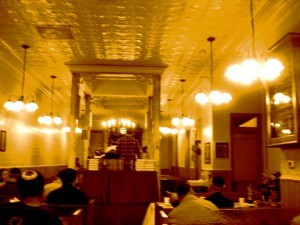 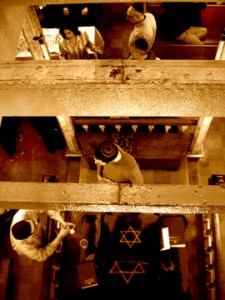 Surprisingly, Levin doesn’t necessarily see a “regular” shul evolving and is comfortable having Shivtei Yeshuron stand as a novel compliment to other well-established synagogues. Shivtei Yeshuron can ably serve as an important springboard for new ideas, a catalyst for reinvigorating Jewish observance and bridge to the culture at large. As the recently departed Philadelphia architect and preservationist Henry Magaziner believed, the best way to preserve old buildings is to use them.

“Where did we go wrong?” exclaimed Morris Levin’s grandmother not long before she passed away. What is this meshuganah (crazy) idea of her Morris going back to South Philadelphia to revive a shul? His grandmother’s family fled the inner city in the 1920s. They were moving up the ladder, economically, and had no absolutely no interest in turning back. Oh, yes, that Morris is one crazy boychik (young boy). Crazy as a fox, I’d say.

True believers know you are holding on by a thread. That’s why you pray so hard whether your church or mosque or synagogue is a shoebox in dire need of repair or a multi-million dollar complex with deep pockets. We’re all in the same jolly lifeboat together. It’s just that some people are much closer to the sound of lapping ocean waves. They’re not better people, necessarily, or more righteous. Adherents at Congregation Shivtei Yeshuron-Heysiner-Ezras Israel do have great spirit, though…and no illusions about what it takes to stay afloat. 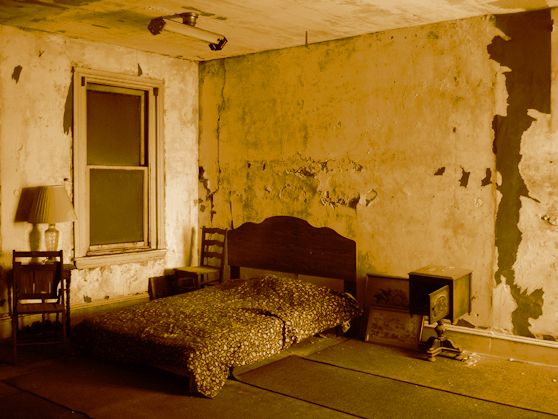 Visiting rabbi’s bedroom on third floor of the synagogue:

Morris Levin imagines this as a study someday