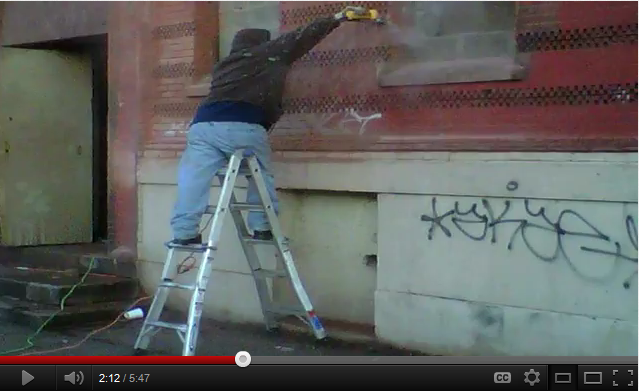 Still from You Tube video

Deplorable masonry work in the renovation of the former 26th District police station at Trenton Avenue and Dauphin Street in Kensington, a building on the National Register of Historic Places, is “irreversible,” says Frank Matero, expert on masonry conservation at Penn’s School of Design. 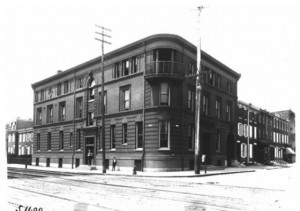 The 1896 station, with decorative terracotta and brickwork, was designed by John Windrim, noted architect of the Philadelphia Electric’s Edison Building at 9th and Sansom. Victor Barr Jr., of VLBJR Architects, Inc, is the developer. “They don’t build them like they used to,” said Barr, in a Naked Philly story from last year.

Nor, apparently, do they know how to work on them. Two weeks ago a video made by BAC Local Union #1–clearly for purposes of making a case against the hiring of non-union masons–was published on You Tube. In the video, BAC business agent Donald Anderson explains how the hired mason was using the wrong blade, cutting the mortar in the wrong style, and without authorized safety equipment. (Click to the video HERE.) 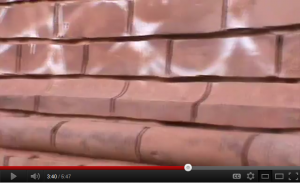 Still from You Tube video

Advocates at the Preservation Alliance of Greater Philadelphia explained to me that because the building is on the Philadelphia Register of Historical Places, the renovation plan was reviewed and approved by the city’s Historic Commission. Because the developer is applying for state historic tax credits, plans are being reviewed by the state, who visited the site yesterday. Anderson, in the video, claims that when he made the Historical Commission–charged with enforcement in a case like this–aware of the destructive work, nothing was done. The contractor continued his work. A call by the Hidden City Daily to the understaffed Historical Commission wasn’t returned.