The English Garden Beneath The Barnes 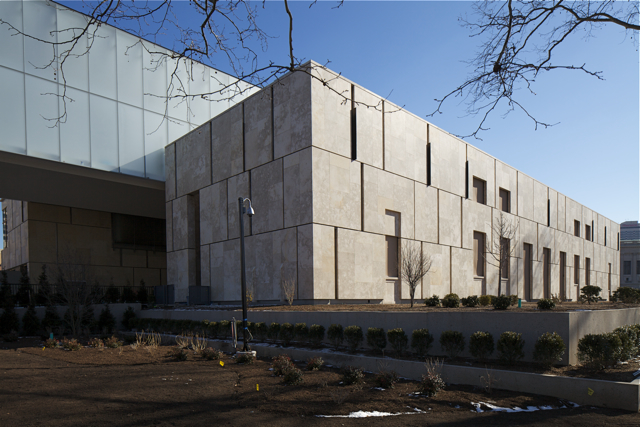 Last Sunday I sat in the newly restored French neoclassical garden of the Rodin Museum, the last of the day’s sun illuminating the dusty Gates of Hell.

The truly lovely garden renovation was done in a way that will enforce a connection to the new landscape being installed at the Barnes Foundation across the street. And soon you’ll be able walk this connection among eras and ideas in art and horticulture; all the while you’ll probably start muttering in French. The Rodin after all was designed by two Frenchmen living in Philadelphia, Paul Cret and Jacques Gréber; Cret also designed the original Barnes from which the new Barnes is abstracted and reassembled; both buildings filled with French art (assembled by two of Philadelphia’s greatest collectors, Albert Barnes and Jules Mastbaum), on the deeply French influenced Parkway designed by Gréber and Cret.

Bloody right you will! For long before the French arrived, this was Springettsbury, the English estate imagined by William Penn and built in the 1730s by his son Thomas. According to Sharon White, in Vanished Gardens, the Springettsbury manor house stood on the site of the Barnes Foundation. Not just any estate, writes White, Penn built

a brick house with a main wing and a kitchen and rooms for servants in the back, a greenhouse, and a long walk down a small valley to a stream. Nearby ran a path to a fish pond where visitors admired the glitter of goldfish in the clear water…Thomas Penn designed his house and garden to reflect the fashion in England of a landscape with natural contours and views framed with trees or formal hedges.

Here was the first greenhouse in America and the first professional gardener. In the 1730s, London businessman Peter Collinson sent seeds and cuttings for Penn’s garden to John Bartram with instructions for Bartram to dress and act well and deliver them to the Governor.

Penn left the place in 1741 and the Penn family managed it until 1787. The house burned in 1794, but the gardens lived on, decadent and wild, for decades more, “the prettiest old-fashioned garden that I was ever in,” wrote Deborah Logan, wife of James Logan’s grandson, in 1815.