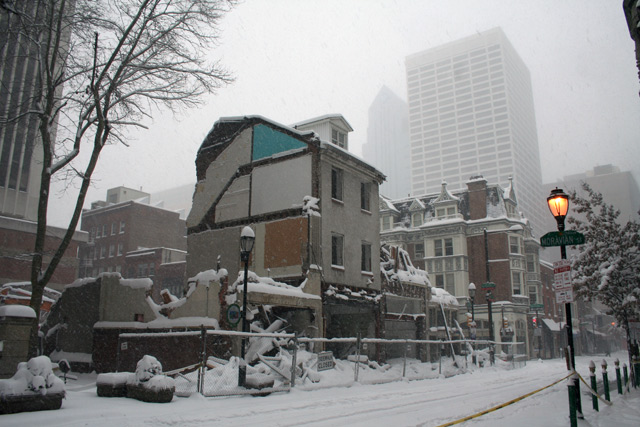 This is all there is, it is burning, birth death like a palace of leaves, burning, saw dogshit clog my cleated sole scraped it off on a curb then on grass by a tree, then used a twig, the hundred different quartz watches, buttons, displays, black and silver, in the electronics shop across from Pour Vous, Sue’s Fruits and Vegetables with its packed stalls juice machine customers, Rindelaub’s restaurant now nothing but a cheap bakery, even the faeces, even Christ, even the cracked fucked-up pavement under my feet, the gift of its drab heart (pray? should I pray?) burning–these must have told me what I had always known in my prideful terrors, but I can’t say, only God who needs no God can, or insects communicating their next move, or the pulse of a leaf–every building, shopper, car and garbage can erupting with the praise and grace of existence, a kind of delirious grief in gratitude for the possibility of existence, who yearning for who yearning for who, it was weird–instantly I resisted, windowshopped, studied books skirts shoes, watched faces, did my interminable shit-scared cretin philosophy, calculated the feel of bills in my pocket if I had enough for lunch, any appointments?–but it was happening: picture yourself caused by light witnessed by light stated by the throat of light redeemed by light.