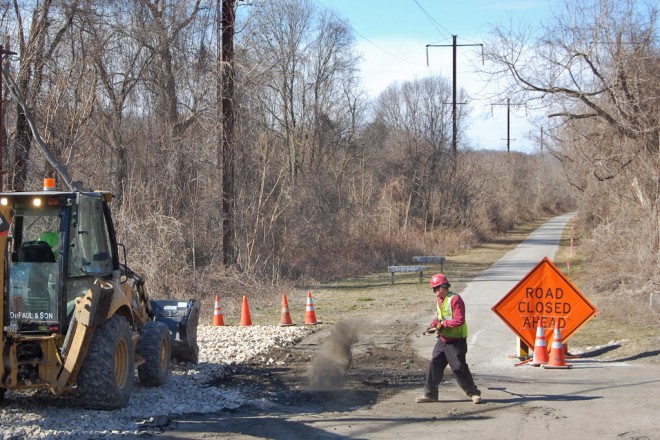 Work on the Schuylkill River Trail has indeed broken ground, and is now getting under way from Shawmont out to the Montgomery County line. There is no posted detour, but many cyclists will use parallel River Road, which is nice and flat with low traffic volume.

Funded with federal stimulus (Tiger I) money, the finished trail will extend all the way to Shawmont Avenue, thus taking bikes off of Nixon Street.  Construction is expected to last four months.