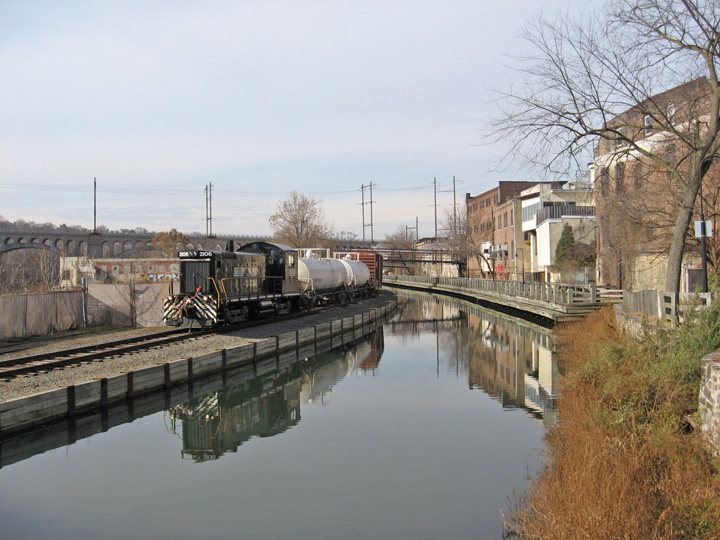 When Lance Butler first set eyes on the Manayunk Canal twelve years ago, his first thought was “this place could be incredible.” Today, as manager of environmental restoration and monitoring for the Philadelphia Water Department, he has been given the opportunity to make that happen.

Opened nearly two hundred years ago, in 1819, the Manayunk Canal was a key link in the hundred mile long Schuylkill Navigation system. Built to bring coal to the coastal cities and ports by way of canal barge, the waterway was soon overshadowed by the network of railroads then being built. After peaking in the 1850s, traffic on the canal dwindled each year with the final commercial boat passing in 1922. Many sections of the Navigation, such as the mile-long Plymouth Canal in Conshohocken, were filled in without a trace.

Fortunately the Manayunk Canal narrowly avoided being filled in. A 1962 plan to construct the Manayunk Expressway on the canal gained the support of AAA Mid-Atlantic partner Keystone Automobile Club. A map that appeared in the Philadelphia Inquirer noted simply “Manayunk Canal may be used by expressway.”  When Mayor Tate decreed the East River Drive (Kelly Drive) a scenic highway, the expressway plan was thankfully dropped.

After decommissioning in the 1940s, lack of maintenance took its toll on the canal. With the sluice gates at Flat Rock Dam sealed off, the waterway became stagnant. Sediment deposits narrowed the waterway to just three feet wide in places. In summer months, algae blooms covered the water surface with a thick green mat, and occasional fish kills drew attention to the ill health of the canal.

Recognizing the negative impact this slow-moving water has on drinking water inlets located just downstream, this year the Philadelphia Water Department, in partnership with the city’s department of Parks and Recreation, has undertaken the restoration of the canal. Both city agencies share common goals in restoring the health of the canal.  Park and Recreation preservation and capital projects manager Rob Armstrong (disclosure: Armstrong is a Hidden City Daily contributor) points out that the project meets several of the criteria at the core of the missions of both PWD and PPR, including those of “water quality, historic preservation, recreation, environmental/habitat.”

The first step in improving the health of the canal is getting the water moving. To that end, a new self-regulating intake structure is to be built at the old canal lock adjacent to Flat Rock Dam. Increasing the water flow rate through the canal, which now slows to essentially zero during dry spells, will enhance water quality and the health of the canal’s thirteen species of fish and other aquatic life. Construction should begin in late 2013, with completion in 2014.

Philadelphia Parks and Recreation, the city agency responsible for the canal and towpath, will be doing its part in the restoration by dredging those locations where slow-moving sediment has filled in the canal. Once flow is restored, Armstrong says that PPR will work to allow recreational boating (kayaks and paddle boats) in the canal. 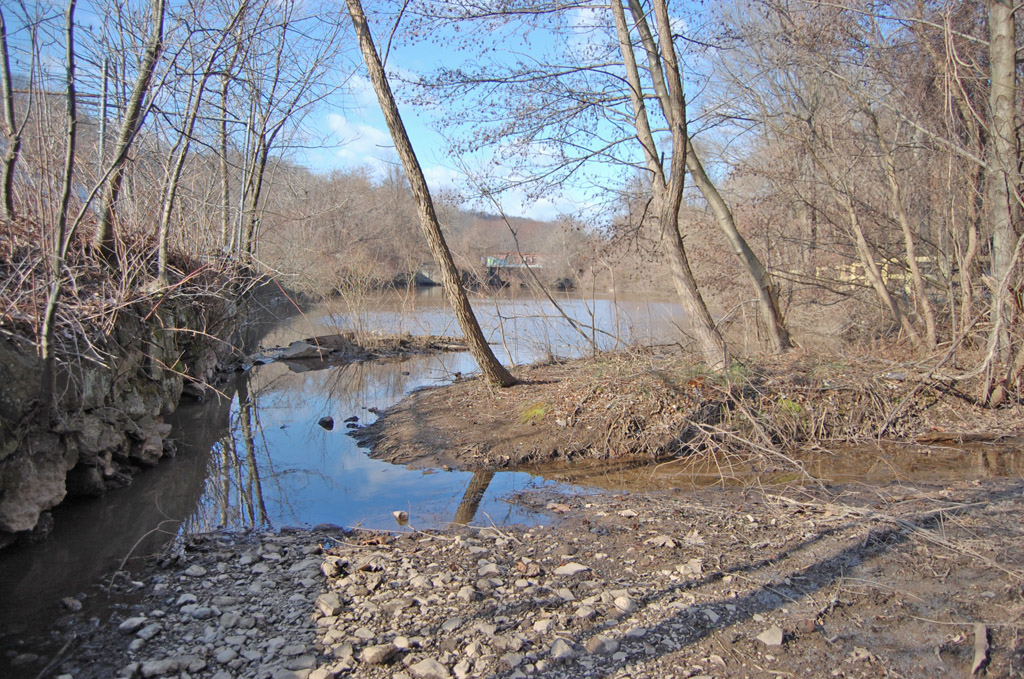 With a nod to a more sustainable future, the new intake structure near Flat Rock Dam will include provisions for a future small-scale hydroelectric generating station. Lance Butler reminds us that Philadelphia Water Department is not in the business of generating power, but says that by including hydropower penstocks into the design–thus avoiding a costly retrofit in the future–PWD could make it possible for an enterprising third party to install one or possibly two megawatt turbines.  An interesting contribution, for a project that two hundred years ago was conceived and built to literally move mountains of anthracite coal to the cities and industries so eager to burn it.