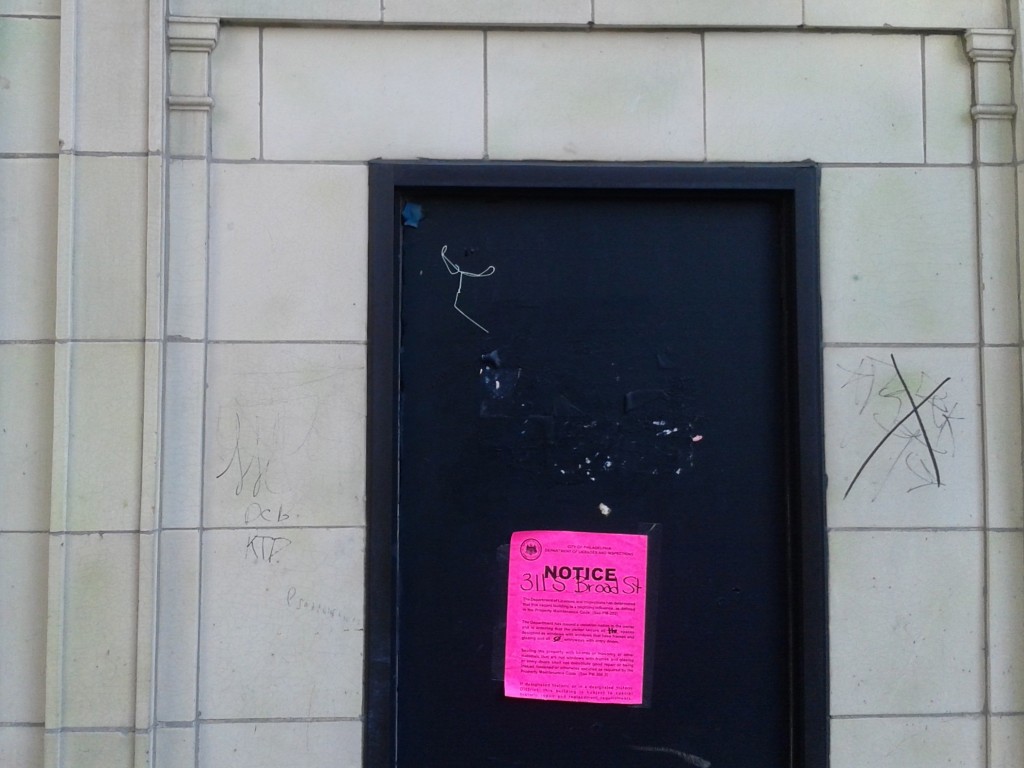 The increasingly ubiquitous pink sticker, informing a property owner that it’s no longer OK to diss the city by letting his or her building fall into disrepair has appeared here at Broad and Cypress on the Beaux Arts Superior Laboratories, built in 1910 and owned by Assorted Music Partnership. The sticker informs owners of properties on otherwise stable blocks that they can not have boarded up windows or doors: real windows and doors must be installed. 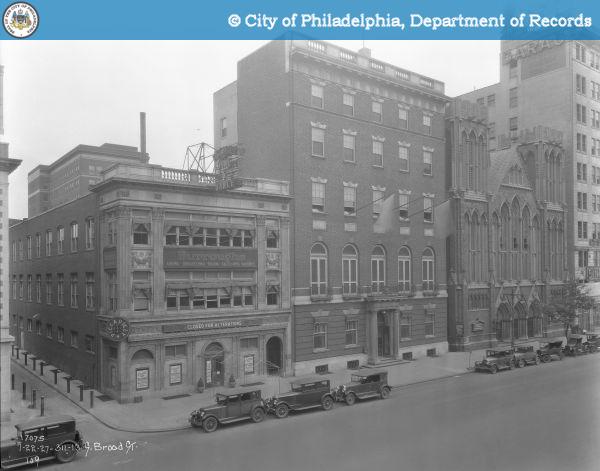 Amidst what we’re accustomed to reporting about a city incapable and uninterested in taking care of its architectural heritage, this is a sign of a city beginning to take itself seriously.

For more on this initiative, see Angela Taurino and Ariel Diliberto’s report HERE.

For more on what happens when a city doesn’t require property owners to maintain their buildings, see the rest of the Daily.