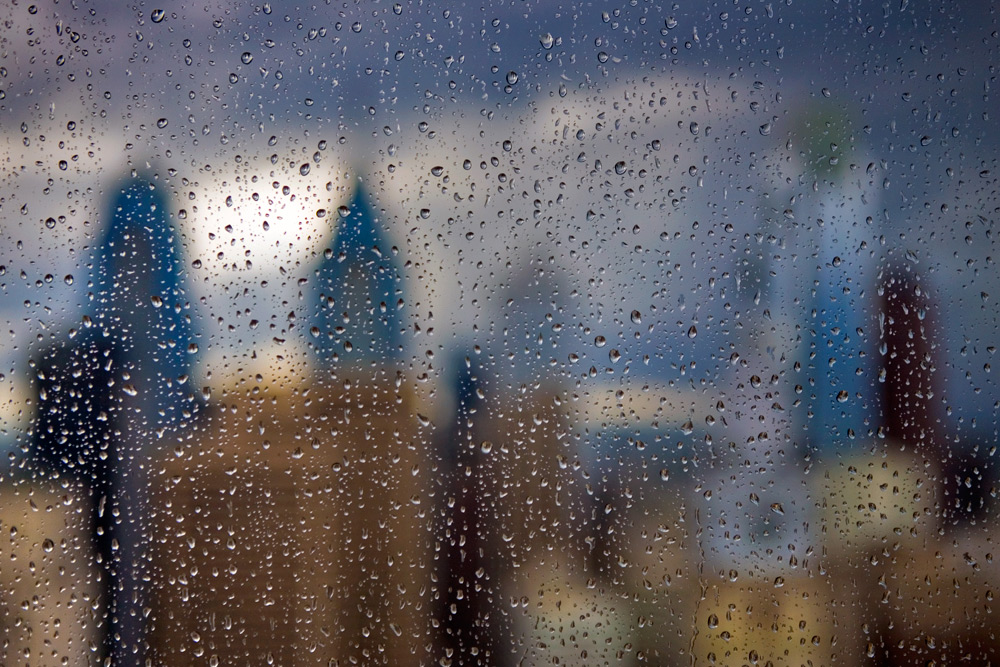 The Governor’s deep-seated antipathy toward Philadelphia that Daniel Denvir carefully metes out in “Dispatches from Tom Corbett’s War on Philadelphia,” in last week’s City Paper, is only the latest chapter in a story over three centuries old–almost as old and rooted in the Commonwealth’s DNA as tolerance and freedom of religion. 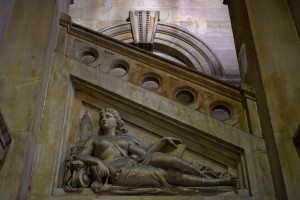 The antipathy, born of a visceral disapproval of elites and minorities (and worse, the embracing of minorities by elites)–blossomed in the 1750s, as hardscrabble Germans and Scotts entered the Philadelphia port, seeking Pennsylvania’s fertile frontier. Immediately, they headed west. It didn’t take long for these yeoman Protestants to hit up against Lenape and other Native Americans who had fished and farmed along the Schuylkill and Susquehanna Rivers for centuries.

While some of them–Moravians and Quakers especially–went about making friends with the Native people (and converting them), most assumed the land was theirs–Indians keep out. The clash was often violent, with the German and Scottish settlers often portraying the Natives as terrorists (for more on this, see my review of Peter Silver’s book Our Savage Neighbors HERE).

Out of the confrontation emerged a gang of rampaging white settlers who called themselves the Paxton Boys. In 1764 they terrorized a group of Conestogas in Lancaster and were rumored to be heading to Philadelphia for an attack on the capital. Their target? The elites: Quakers who had long befriended and protected the native people of Pennsylvania.

The threat was real, but in Philadelphia Governor John Penn, grandson of William, had already decided which side to join. First he ordered the Conestogas to jail. Then, and far worse, with an armed attack on the capital Philadelphia imminent, he refused to intervene. 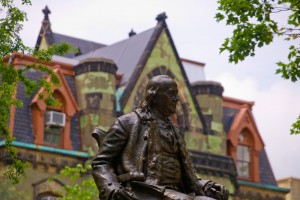 For like Governor Corbett, Governor John Penn hated elites who protect and support minorities and he was glad to see them squirm. It was the pragmatic Benjamin Franklin who stepped in, armed Philadelphians (including a large group of pacifist Quakers) and protected the city.

The key to this story had taken place decades before, when John Penn’s father Thomas, also Governor of Pennsylvania, rejected William’s Quakerism for the more lucrative and socially acceptable Anglicanism. We still live with that split, which effectively divided Philadelphians, today.

Denvir, in the City Paper, laments the way Corbett has been able to disarm his opponents. Despite massive cuts to education and social services and a refusal to institute a popularly-supported tax on shale fracking, which would solve most of the state’s budget problems (and help Philadelphia and the region directly), there has been no widespread protest against his administration. Indeed, it’s almost impossible to imagine that Corbett will have any problem getting reelected. Philadelphia has taken the brunt of these cuts, which not only target the poor, but the city’s economic bread and butter, educational and medical institutions. These are cuts designed to cause crisis. More telling still, is the way the strictly ideologically-driven administration refuses to support pragmatic policy on gun violence, transit, and other particularly urban issues. For Corbett, it’s the Paxton Boys or nothing.

It isn’t much of an exaggeration to say that for 16 years Ed Rendell played Franklin’s part. The former Governor is catching a lot of heat at present for appearing to strong-arm a deal to buy the Inquirer and Daily News, but his record on behalf of this city and region is beyond compare in modern history. Philadelphia would not have grown from 2000 to 2010 without his insistence on investing in the state’s largest city, growth that will not endure if Corbett’s cuts continue.

Why hasn’t Corbett engendered more protest? I got a clue to that by reading the comments that follow Denvir’s article. Certainly many readers found the article edifying and accurate, but many more responders than I expected wrote that Philadelphia is only getting what it deserves.

Here then is the split. I presume that these readers live in the region, indicating that we are a people still foolishly divided against ourselves. A region, after all, is only as strong as its central city, a city with a great deal of potential unnecessarily with its back against the wall. Now who will protect us from the rest of Pennsylvania?