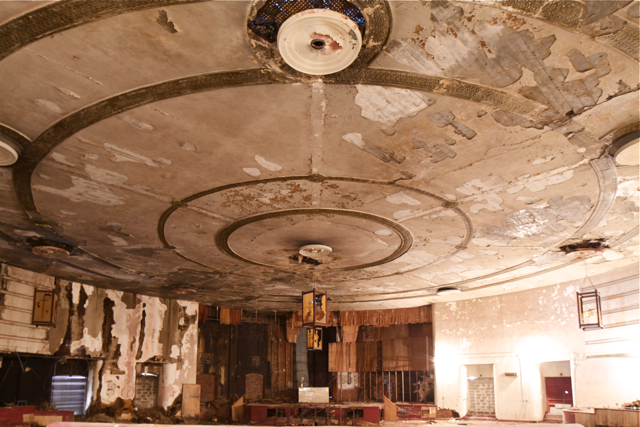 The long-vacant Tioga Theater at 17th and Venango, with its unexpectedly distinct Art Deco facade, is being renovated as a meeting and event space.

Starting in 1915, the theater enjoyed a 58-year run as a movie house, music hall and church before being abandoned in 1973. 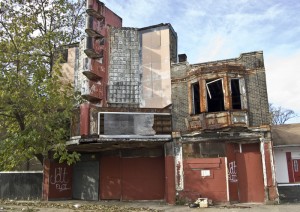 What began as a sizable crowd for Sunday’s jazz matinee concert at the Tioga Theater, became what is known in the newspaper business as a SRO (standing room only) gathering by nightfall. It all goes to prove that Rock-N-Roll hasn’t as yet completely captivated the musical world–and modern jazz is nowhere near dead.

The Tioga Theater’s last occupant, Deliverance Evangelical Church, left the Tioga vacant and unsecured when it moved into the former Logan Theater in 1973. Deliverance Evangelical has a history of abusing its neighborhood-anchoring historic properties. In the mid-1990s, the congregation stopped maintaining Our Lady of Mercy Roman Catholic Church, stripped it of valuables, and abandoned it. The building was eventually torn down, and a Rite Aid now occupies the site at the corner of Broad and Susquehanna. 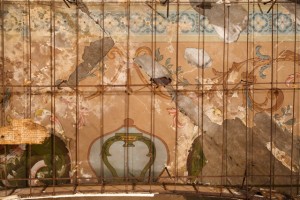 The organization is currently stabilizing the structure and rehabbing the building’s characteristic Art Deco steel facade, which was installed in the 1930s. The interior of the theater appears to have been redecorated at the same time, however glimpses of what may be the original  design can be seen where pieces of the ceiling have fallen off.

According to the project’s architect, Charles Lomax, the theater will be transformed into a multipurpose facility that can accommodate anything from catered parties to community meetings. In addition, he plans to incorporate as much salvageable material as possible.