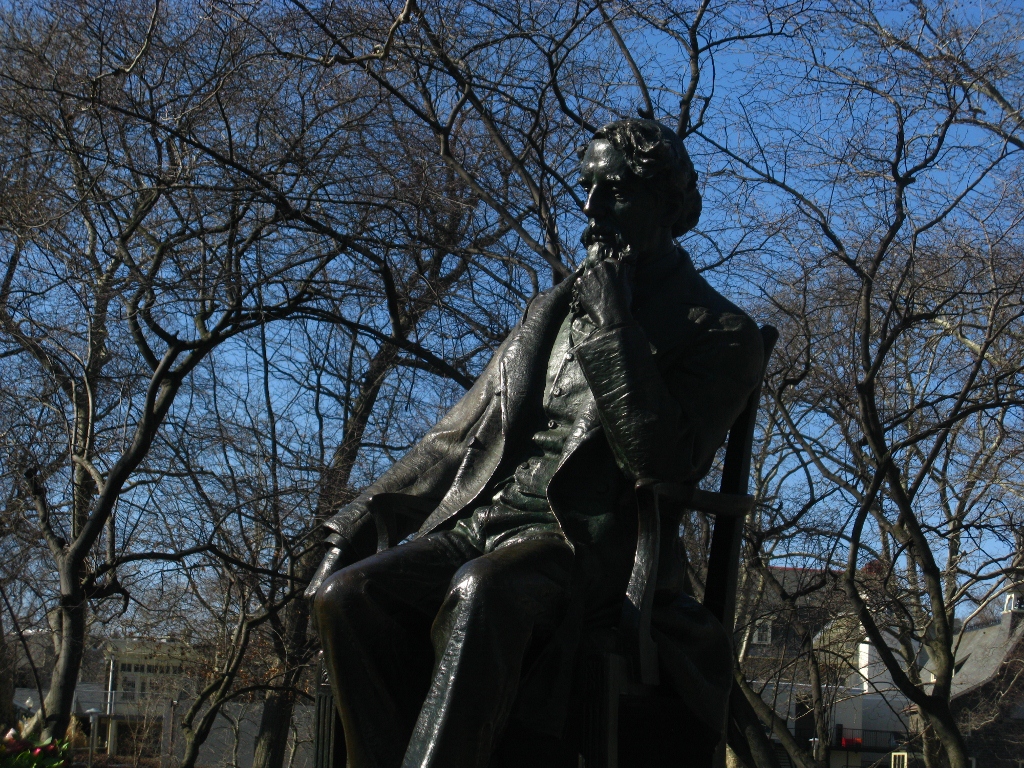 Fitting that we’re abuzz with Charles Dickens in this season of SOPA, for the great writer sailed to America in 1842 with the intent of getting the US Congress to pass a law making it illegal to pirate foreign books without paying compensation.

Here in Philadelphia, where his books were first published in the US and where he enjoyed his strongest readership, Dickens was particularly hopeful to meet with the fine gentlemen of Carey, Lea, and Blanchard, the only American publishers who had voluntarily paid him royalties. The publishing house was located at 4th and Chestnut, near the United States Hotel, where Dickens stayed in early March, 170 years ago. 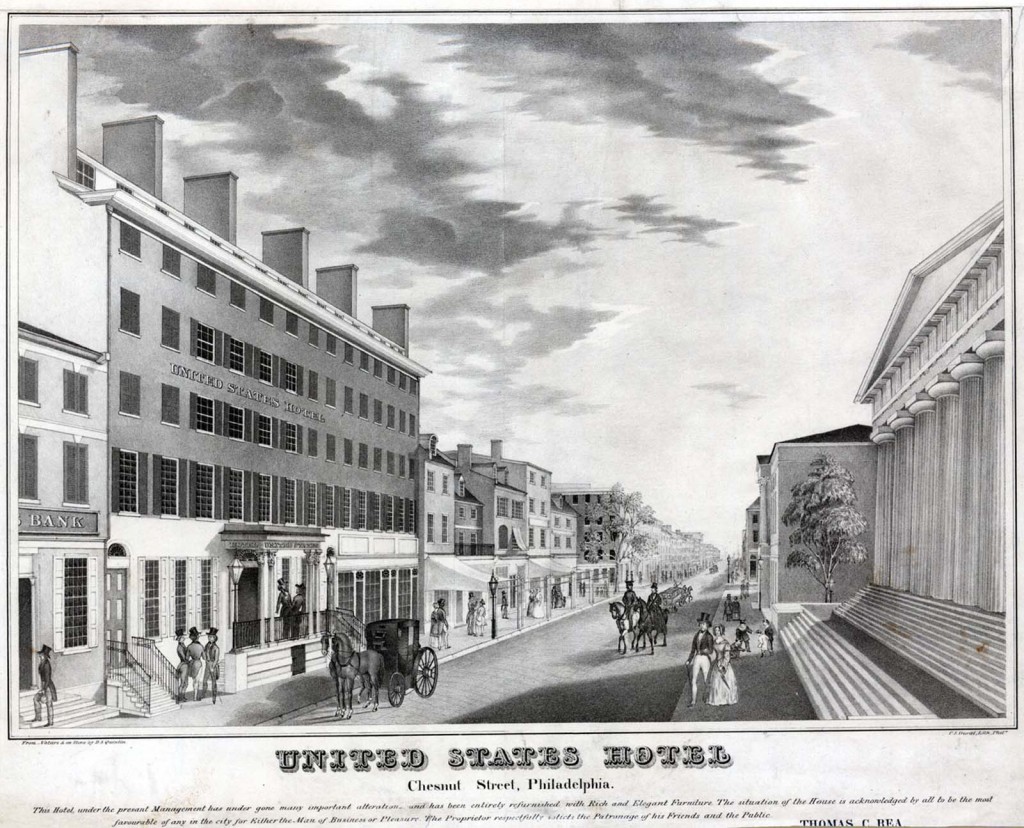 On the morning of March 8, the thirty year old author, perhaps the most wildly prolific of any age (and he made time to carefully raise his children, go figure), shook hands with some 500 admiring fans who came to see him at the hotel…”One after another, dozen after dozen, score after score, more, more, more, up they came…” Poe came over from his office a block away wondering if Dickens could help him find a British publisher (he never did).

Dickens, who loved a city walk as much as anyone, found time to wander. “It is a handsome city,” he wrote in the memoir of his travels in the New World, American Notes, “but distractingly regular. After walking about it for an hour or two, I felt that I would have given the world for a crooked street. The collar of my coat appeared to stiffen, and the brim of my hat to expand, beneath its quakery influence. My hair shrunk into a sleek short crop, my hands folded themselves upon my breast of their own calm accord, and thoughts of taking lodgings in Market Lane over against the Market Place, and of making a large fortune by speculations in corn, came over me involuntarily.”

Clive Driver, in Passing Through: Letters and Documents Written in Philadelphia by Famous Visitors, notes that the sardonic tone probably had something to do with Dickens being rejected by the US Congress. Nevertheless, Dickens was Dickens and therefore a careful, prescient observer of cruelty and exploitation. In the outskirts of the city, he writes in American Notes, “stands a great prison, called the Eastern Penitentiary: conducted on a plan peculiar to the state of Pennsylvania. The system here, is rigid, strict, and hopeless solitary confinement. I believe it, in its effects, to be cruel and wrong…

Still, writes Driver, “there was never another city in the English-speaking world that idolized Dickens as much as did Philadelphia. When his American Notes appeared, one dealer at 3rd and Chestnut sold 3,000 copies in 35 minutes; another, 4,000 in less than 2 hours. Upon, news of his second visit, 25 years later, hundreds stood in line all night to purchase tickets for the readings that he would give. A second series of lectures was quickly scheduled, and that too was an immediate sellout. He arrived for his…visit, by train, near midnight on January 12, 1867, and stayed at the Continental Hotel, then the largest hotel in the United States…His readings from Pickwick, A Christmas Carol, David Copperfield, and other of his works were given at the Concert Hall on Chestnut Street (between 12th and 13th). Philadelphia, it was reported, “was mad about him and rejoiced in its lunacy.”

Nathaniel Popkin contributed to this article.