Late Afternoon In The Impossible City 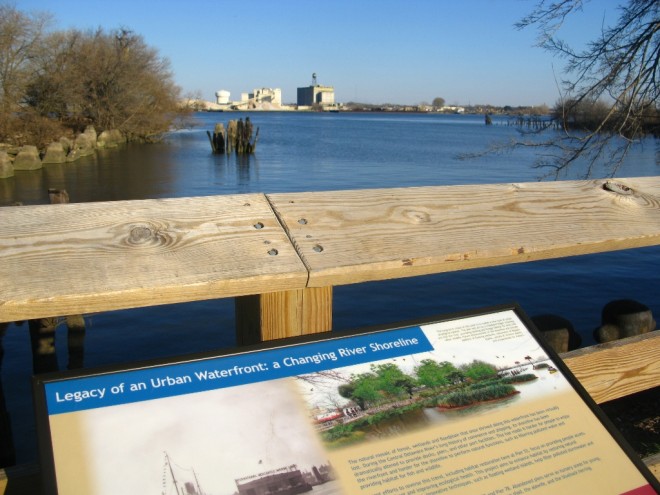 Turn down the Delaware River bike trail at Christian Street and Delaware Avenue: it’s a little like entering the gates of hell. There are indeed many gates–if you are Dante, many levels–and many warnings–keep out!–and sometimes you sense you may never return. What if someone locks the gates both ahead and behind you? 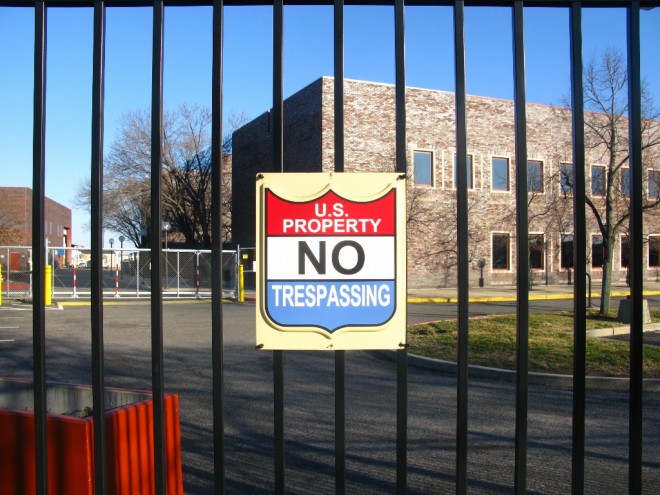 The trail leaves the conventional Delaware Avenue bike lane–itself a slice of hell, given the quality of the macadam and the existence, or not, of painted lines separating it from very fast-moving traffic–at Pier 40. Grab a chicken cutlet at Shanks and go! You’re on the sidewalk as you ride around what the Delaware River Waterfront Corporation envisions as a combination wetlands-park called Washington Park but what is still the Coast Guard (for the Delaware Waterfront Master Plan, including the vision for this section of waterfront, click HERE). 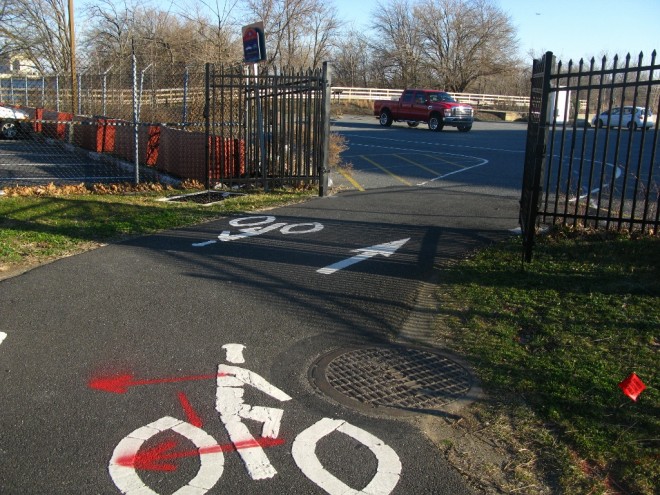 Then follow the signs–some of them posted too high for a biker’s sight lines–as the trail threads through the Sheet Metal Workers’ Union parking lot and down to the river’s edge. It’s here you get the first sense that the trail itself is an heroic act: amidst the suburban-style dystopia of rubble, trash, parking lots, and cinder block buildings, this a thread of the possible future. The river is in view. 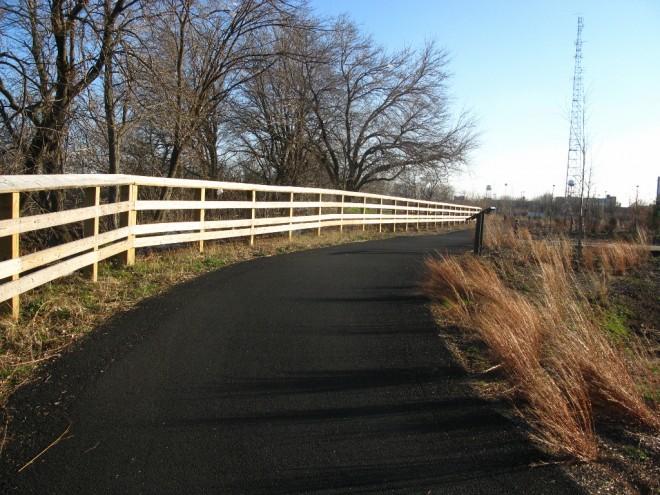 Keep going, past a wide concrete parking lot used used by skateboarders, and suddenly the trail enters a natural zone of wetlands and interpretive signs. This section, and the disintegrating Pier 53 a little further along, will be the site of additional recreation investment: a boardwalk along the pier–a sensitive spawning ground–to take you as far out onto the river as the Race Street Pier. In this case, however, expect a much more intimate experience with the river and the boggy landscape. Design for the Pier 53 project, which will cost over $1 million, according to Sarah Thorpe, planning director of the Delaware River Waterfront Corporation, will start this year.

Through another gate, past the Foxwoods Casino site, now thick with tall golden grass another hint of what might be, another gate and you’ve sneaked behind the world’s grimmest Wal-Mart. The trail lines end, a sign that possibility is fleeting. It’s parking lot from here to the end, past the Old Navy, where the bulk of Philadelphia’s port begins, a part of the river all the way around to the eastern end of the Navy Yard–the site of the South Port extension of the Packer Avenue Marine Terminal–which will be off-limits to recreation. 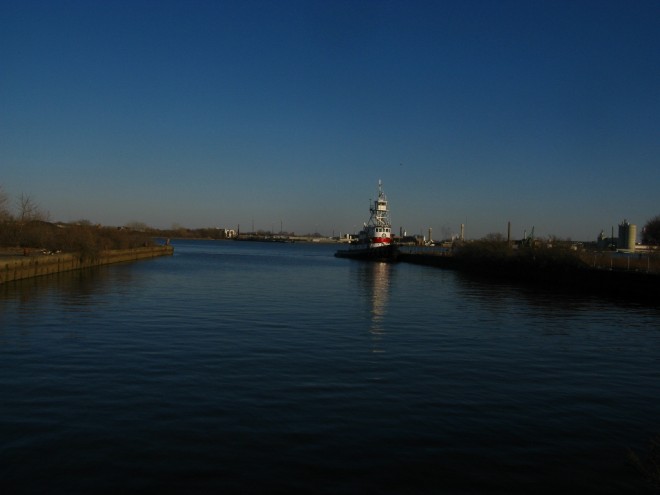 And too bad, because just now, despite the trash and broken shopping carts, the water’s edge opens up, and the wide river beckons. A young couple with a baby get it; a young mother on a bike, her child in a bike trailer, gets it. They are doing circles around the bend, where the parking lot confronts the fenced-in port. A woman in a red Chevy Blazer gets it. She’s feeding the seagulls.

But what, really, is there to do? On a bike someday you’ll exit the Wal-Mart parking lot, turn left on Delaware Avenue and come around to Patison Avenue to Broad Street and down to the little Copenhagen-on-the-Delaware at the Navy Yard. And there you’ll reconnect with the river (and a beer at a canal-side cafe). But that’s a long way, both in dream-land and reality. 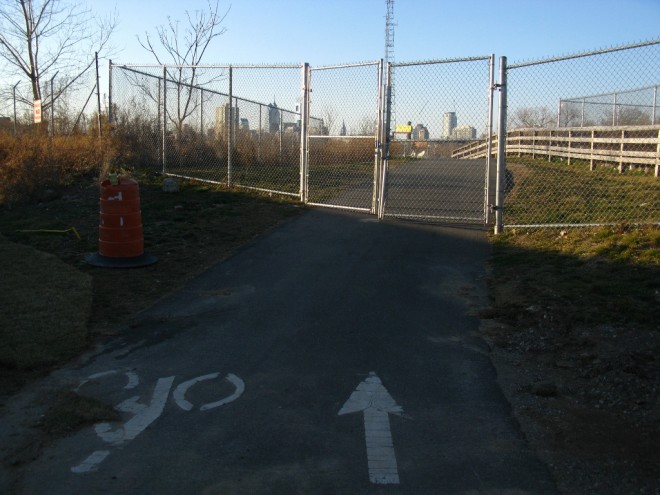 And anyway, it’s still 2012. It’s about 4:30 on Sunday and the wind is picking up. Time to go. You turn around past the Chevy Blazer, past the Old Navy, past the butt end of the Wal-Mart, and a guy on a bike coming toward you yells out, “the gate is locked!” Wait, didn’t you just come through that gate? But sure enough, the gate has been locked, two hours earlier than it’s supposed to be at this time of year (according to the Delaware River Waterfront Corporation, which is in charge of locking and unlocking the gates along the trail.)

So you turn around. It’s only a short way back along the worst section of bike lane in America (pot holes, wicked traffic, and trolley tracks). But no matter, you got a glimpse. The river isn’t going anywhere.