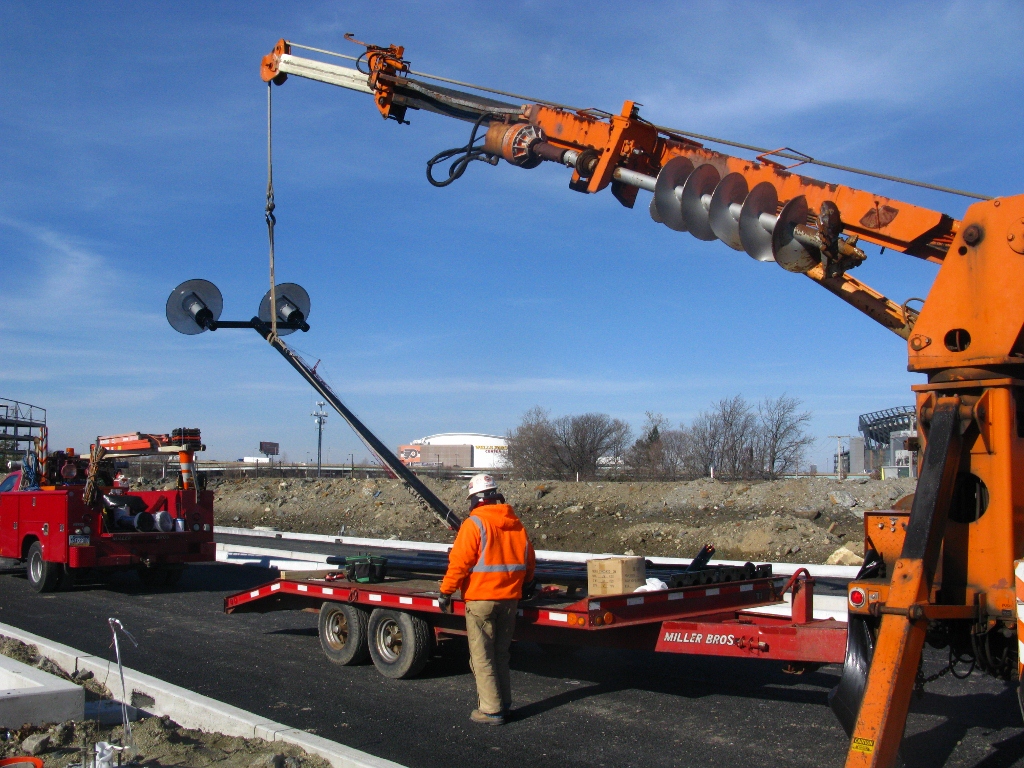 “You can think about the Navy Yard right now as a combination of its history and the idea of it as a frontier,” says Jeff Goldstein, of the architecture firm DIGSAU.

“That line is getting closer– and that’s when it’s going to get interesting,” says his partner Mark Sanderson.

Sanderson is right, as I report in tomorrow’s Inquirer, the pace and quality of urban design and development at the Navy Yard is rising rapidly. And it’s making believers out of economic development officials and members of the private sector, who speak with certainty about a future Broad Street Subway extension (and the likelihood that the Philadelphia Industrial Development Corporation will lift the present restriction in residential development there). 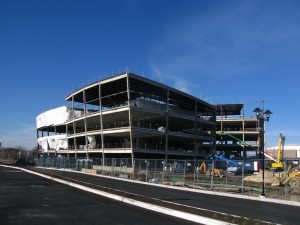 There is movement on both transit and housing. Starting next April, PIDC will operate a free (and public) 15 minute express bus from Market East Station to the Navy Yard every 20 minutes. The present SEPTA route 71 shuttle that runs from AT&T Station at the end of the Broad Street Line at Pattison Avenue into and around the Navy Yard will increase in frequency from every hour–which makes it essentially worthless–to every 15 minutes.

Officials from Liberty Property Trust and PIDC are back at work with Robert A.M. Stern Architects updating the 2004 Master Plan necessitated by the port expansion to the east and by the increasing desire to plan imaginatively for residential development. Inspired by the inlet near Urban Outfitters’ main building, planners are envisioning a canal as part of a mixed use marina district.

“We’ve been experimenting in everything we do,” says Liberty’s director of leasing and development for the Navy Yard. “It seems to be paying off.” 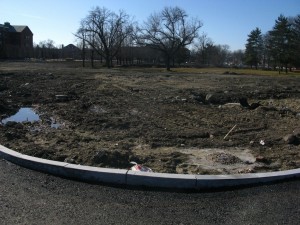 The most movement so far is in the Corporate Center, where publicly-traded Liberty, known for architecturally conservative suburban office parks, keeps upping the ante on design. In the middle of the newly dug and paved Diagonal Boulevard, will be a “central green,” to be designed by Olin or New York’s Field Ops. Big names for what isn’t even yet a public space.

“So the Navy Yard has the Keystone Opportunity Improvement Zone as a driver,” says Berson, “it has location, it has real expertise in green and sustainable development, it has community–Navy Yard leagues and sports teams–and there was the sense that we needed to support all that by hiring incredibly talented designers.”

As Stern’s Glaxo HQ goes up, DIGSAU has two projects in the works down Diagonal Boulevard: headquarters for Iroko, a growing pharmaceutical firm, and a retail/cafe building meant to enhance street life. The Iroko building will be across from the new park and a Marriot Hotel, designed by Erdy-McHenry Architecture. 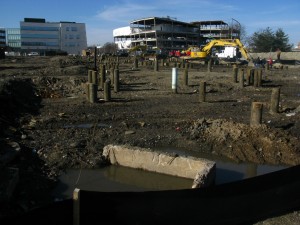 DIGSAU and Erdy-McHenry are actively orienting their buildings to the street and meanwhile Liberty is installing granite curbs and rain gardens and street lamps and establishing a strong design sensibility. Watch out: the frontier is about to be challenged by highly touted designers with progressive ideas on the urban possibility.