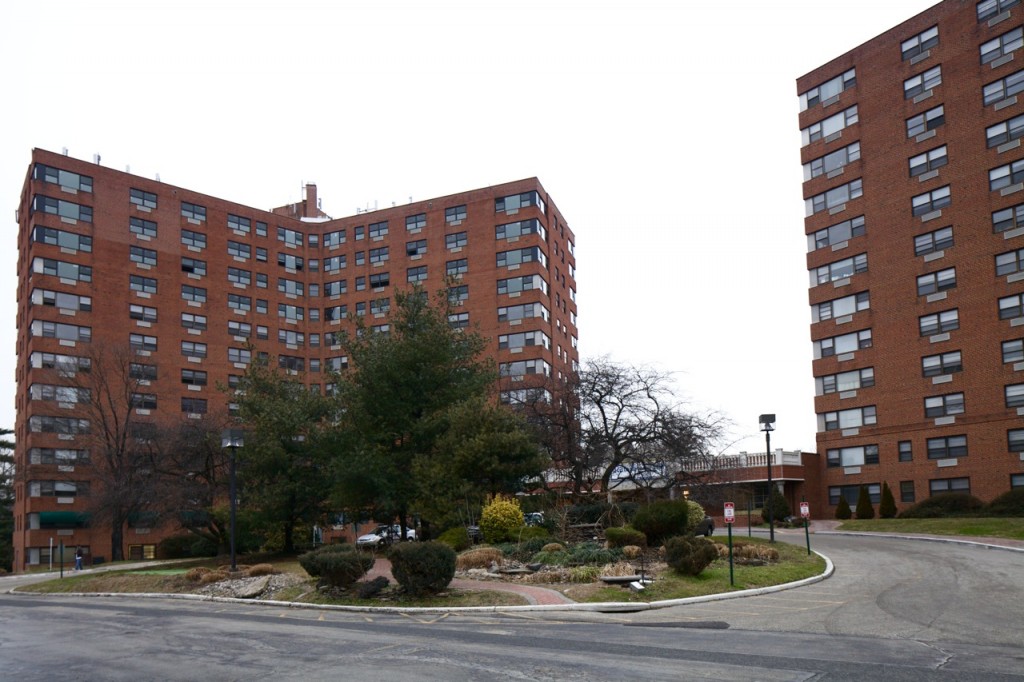 High up above the Wissahickon gorge at Rittenhouse Street and Wissahickon Avenue in Germantown, Post Brothers Apartments is cranking out 35 apartment renovations a month at the mid-century Rittenhouse Hill apartment towers. When the 12-story west tower is completed later this year, Post Brothers will empty the identical east tower and renovate it too, for a total of 667 condo-quality apartments a five minute walk from the Germantown-Chelten shopping district. That’s a rather significant infusion of middle class housing into a neighborhood long in potential and seemingly short on income. 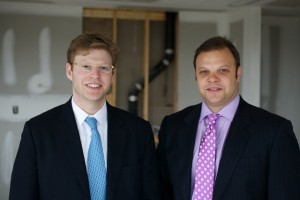 Started in 2007, Post Brothers is the partnership of brothers Matthew and Michael Pestronk, who landed in Germantown in part because they were priced out of the Center City and University City markets. They were hungry to fill what they had identified as a void in the residential market across the city: upscale, stylish, architect-designed rental apartments. “What we consider an “A” product in the market and what our competition considers an “A” product in the market are not compatible,” says Matthew Pestronk, 34, who cut his teeth on the finance side of the business with Ackman-Ziff in New York.

Now with nearly 1,000 apartments in Germantown, the firm has also begun transforming the Goldtex building on 12th Street above the Reading Viaduct into 162 loft apartments. The Goldtex renovation, designed by the architecture firm Kling Stubbins, will be the first large LEED Silver project in Philadelphia. 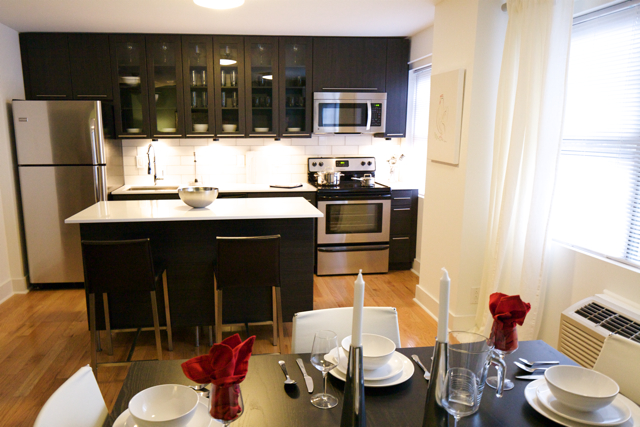 At the 16 acre Rittenhouse Hill, constructed in 1955, the developers are spending $45 million to revamp apartment lay-outs, install custom European-style cabinetry, and amplify the mid-century look of the buildings. They’re moving the swimming pool, installing a gym, creating a dog run and a trail to the connect to the Wissahickon gorge, and will rent space for a restaurant along Rittenhouse Street.

The key to their strategy, say the Pestronks, is that a focus on design costs them no more than what their competition pays per unit and on the revenue side it makes the units more valuable in the marketplace–and easier to rent. “Our strategy is effort,” says Michael Pestronk, 31. “What I mean is that it doesn’t cost us any more than it costs Ron Kaplan or anyone else. It’s not a matter of spending more money, it’s a matter of putting more effort into the design process.” 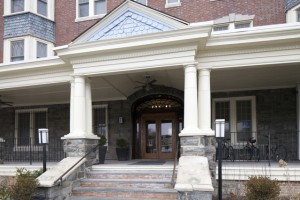 From a cost basis, it doesn’t hurt that the renovation of the modern Rittenhouse Hill is fairly straightforward. That hasn’t been the case with all their projects, particularly the 64-unit Delmar-Morris building adjacent to the Chelten train station (and the controversial Sav-A-Lot shopping center), a long-stay hotel built in 1902 for summering in Germantown. When the Pestronks acquired the building it was “in a state of extreme disrepair.” The foundation had sunk considerably–the hotel was built over a creek bed–and people were sleeping in the hallways. They struggled to find a structural engineer who understood a dry stack (mortarless) foundation and were confronted with delays associated with the historic preservation tax credits the project was awarded. The result is the kind of careful restoration other Germantown developers have been reticent to pursue. This spring, they’ll add a cafe to the ground floor porch that faces the train station.

The high-visibility projects have drawn Post Brothers some recent attention. Despite using a mix of union and non-union contractors, the Pestronks have been personally and professionally hounded by building trades union representatives charging them with lowering the wage standard.

In Germantown, says lawyer and community leader Yvonne Haskins, Post Brothers has been strong supporters of Germantown United, the organization emerging from the collapse of Germantown Settlement and the conflict over the the Sav-A-Lot shopping center. “The Post Brothers are doing a fantastic job in their development,” she says. “They’re good, solid citizens.”