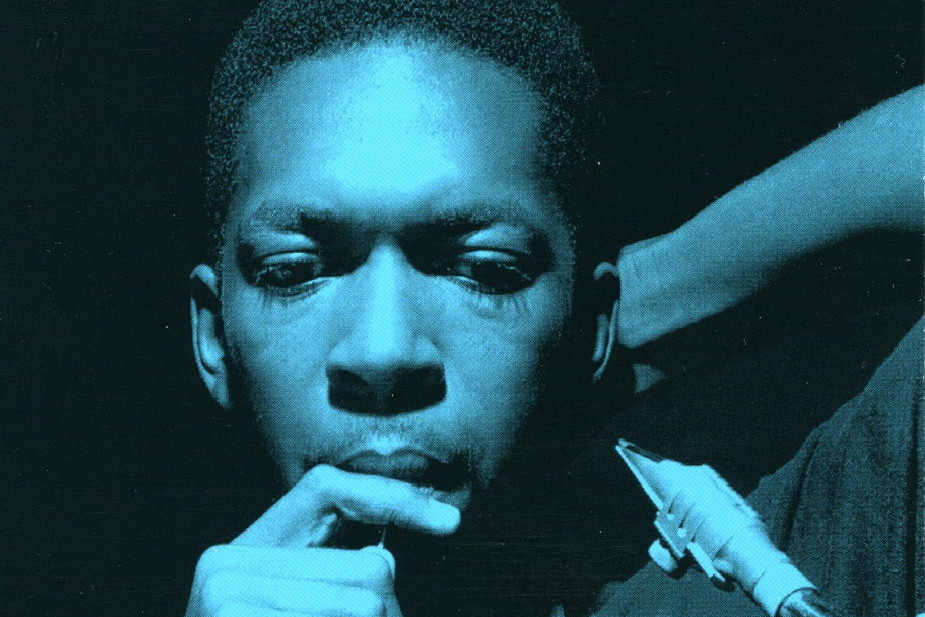 John Coltrane, from the album cover of “Blue Train”

Editor’s Note: In concert with the Preservation Alliance for Greater Philadelphia’s efforts in the coming year to save the John Coltrane House, we’ll present a series of articles on the local jazz scene that ‘Trane inhabited, developed in, and ultimately transcended between 1943 and 1958, when he called the city home. As Strawberry Mansion neighbor and fellow musician Dorothy “Dottie” Smith recently recalled, Coltrane always considered himself a Philadelphian. 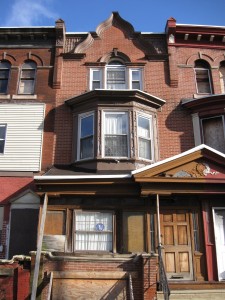 One of Philadelphia’s most interesting properties from a cultural standpoint–the former home of legendary saxophonist and composer John Coltrane–is also one of its most endangered. This year, the house located at 1511 North 33rd Street in the Strawberry Mansion neighborhood across from Fairmount Park was named first on the Preservation Alliance of Greater Philadelphia’s Ninth Annual Endangered Properties List.

According to executive director John Gallery, the Preservation Alliance has been working with the owner of the John Coltrane House to evaluate the rehabilitation needs of the property–and to develop a program that would allow the public to visit the house. “We listed the property because it is an important cultural asset of the city and is deserving of much greater attention than it has received,” Gallery says. “In 2012, we hope to assist the owner with fundraising for short term improvements and with the development of a long range plan.”

Coltrane, who died at 40 in 1967, lived in the house from 1952 to 1958, when he left Philadelphia for New York and the road, joining trumpeter and band leader Miles Davis for the second time in his career. Of course, the two jazz legends can be heard on Miles’s classic 1959 album Kind of Blue, considered by many critics and musicians to be the greatest jazz record of all time.

The Alliance listed Coltrane’s house first on its list, “not because it is the most endangered building, but due to his major cultural significance,” explains Melissa Jest, Neighborhood Preservation Program coordinator for the Alliance. The early 20th century three-story brick row house was listed on the Philadelphia Register of Historic Places in 1985 and designated a National Historic Landmark in 1999. 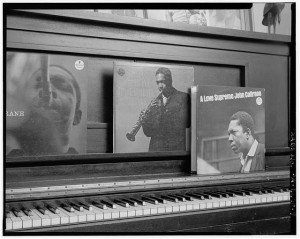 Coltrane had migrated to Philadelphia with family members and friends from his home state of North Carolina in 1943, living first on N. 12th Street in North Philadelphia before he purchased the Strawberry Mansion building in 1952 with some assistance from the G.I. Bill and wages earned as a factory worker.

By the time Coltrane left Philadelphia, he was an established musician in his own right, having recorded one of the finest outings to appear on the highly respected Blue Note jazz label, 1957’s Blue Train. This record featured several original compositions showcasing Coltrane’s developing style. Still, it was Philadelphia’s rich jazz scene of the 1940s and 1950s, along with Coltrane’s musical genius and discipline that created his distinct sound.

Much of the final prolific decade of his life, which included such landmark recordings as 1960’s “Giant Steps” and “My Favorite Things,” the meditatively beautiful 1964 “A Love Supreme,” and later avant-garde recordings such as “Om” and “Interstellar Space,” would find Coltrane on the road and in his new home in Dix Hills, Long Island. However, Coltrane maintained ownership of the house on N. 33rd Street until he died, and would often return there when in town headlining gigs at such jazz landmarks as Pep’s Lounge, located on the northwest corner of Broad and South, and the Showboat, at the corner of Broad and Lombard. 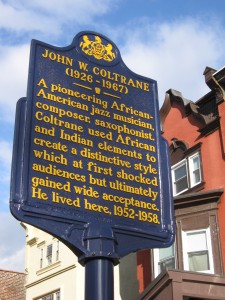 When in Philadelphia, Coltrane would visit and stay with his beloved cousin, Mary Alexander, who maintained residency on N. 33rd until selling the property in 2004. They were so close that Coltrane wrote the wonderful tune “Cousin Mary,” featured on Giant Steps, in honor of her. Of course, the fact that the house was in Coltrane’s family for over 50 years only adds to its historical significance.

Late last year, the current owner of the property established the John Coltrane House, a non-profit organization with the mission of “establishing the Philadelphia residence as a publicly accessible historic site celebrating the life and music of this extraordinary musician.” According to Jest, the Preservation Alliance is “committed to supporting the trustees of the John Coltrane House as they move forward in their efforts to rehabilitate and interpret the building.”