A Man Has His Moments 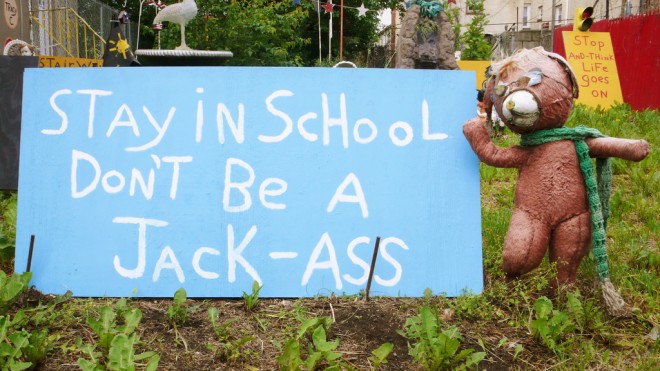 “Every man has his moments,” writes Cornelius Weygandt in the Depression-era rumination Philadelphia Folks. Weygandt was the kind of writer who liked to place things in neat boxes and liked even better to see one or two of them find their way out. “Nine times out of ten that they visit him,” he continues, “he keeps them to himself. He is afraid the world will brand him a sentimentalist if he speaks out about them, or there is a carefully guarded shyness in him that makes it impossible for him to share anything intimate even with the most sympathetic fellow human.”

Is Cornelius speaking to you? We hope you hear him because we at the Hidden City Daily want to hear from you. Yesterday, we ran a “Soapbox”–that’s the Daily’s category for editorials–by Ethan Wallace on the Beury Building, wondering why, with all the attention to the Divine Lorraine, this equally impressive ruin is forgotten. We’ve run a bunch of these strong pieces (for all of them click HERE), the best of them revealing or clarifying why something is important: Rachel Hildebrandt’s exposing the City Controller’s shortsightedness on vacant schools, Scoats’ piece defending the architecture of the State Office Building, Stofka’s dismissal of a SEPTA cross-town bus proposal, Peter Woodall’s contextualizing the Dilworth Plaza renovation, my own excoriation of our somnolence in the face of demolition by neglect… There’s often a bit of anger, but we seek above all thinking that will inspire, refocus the conversation, and yes, even delight. Weygandt continues,

As I passed a man I have known nearly forty years, but never well enough to more than grouch with, he laid his hand on my arm and stopped me. He said: “Weygandt, do you know what a purple magnolia smells like?” I said, “No.” “Well,” he said, “there’s one out in Fairmount Park that my wife and I went out to visit the other day. It was an old friend. It had been touched in places by frost, but there was one great flower within reach which still had the little cap that it must break through to come to full blow. I said, ‘I am going to pull that off.’ My wife said, ‘Don’t, it will only let the poor flower freeze.'”

He paused a moment, and then went on, “Women are to be disobeyed, so I pulled the cap off and held it to her nose to smell. She said, ‘Heavenly. You were right and I was wrong! That was the only time in twenty-nine years of married life she had said such a thing.”

I said to him, “I never smelled a magnolia that smelled heavenly.” He said, “Neither did I and neither did she before, but the two of us were agreed that this one did smell heavenly, and I am sure you would, too, had you been there to smell it. I can’t describe it, but there is no other word for it but heavenly.”

We ask you to think of us as Cornelius. Surprise us, pique us—though no insults, please—and most of all show us (don’t just tell) why what you’re thinking about ought to be shared with us and our hungry readership. Something got you so amazed you want to tell the world? E-mail me your ideas and climb up on our Soapbox. Seize the moment: editor@hiddencityphila.org.