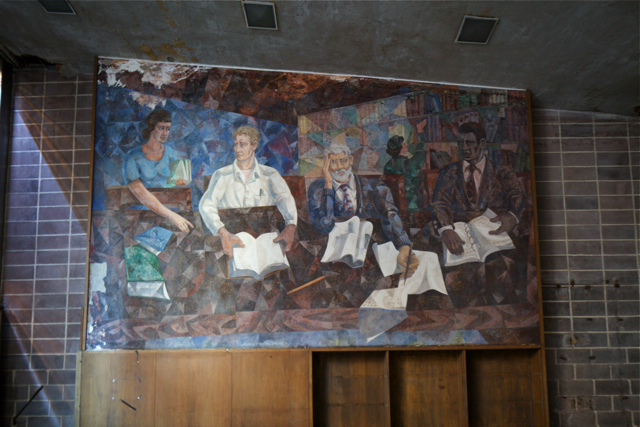 “Even before Chicago, Philadelphia was one of the germinal points in modern architecture, mainly because of the self-confidence and vigor of Frank Furness.” This was Lewis Mumford in 1957, writing in the Highway and the City, a short book on the hottest topics in urban development, in which he dedicated four chapters to Philadelphia.

This we tend to forget. For too long, having ceded power to “the restorationists” (as Mumford called them), we cared only for colonial or early Federal architecture, never mind that the great heft of Philadelphia occurred during the hundred years afterwards. Certainly most of us inhabit that 19th century city. But this too has made us forget the 20th century–that embryonic modern city. I sat one evening this week in deputy mayor Alan Greenberger’s office wistfully imagining the crowded, boisterous avenues–from Baltimore to Erie, Frankford to Ridge, Snyder to Woodland–of the mid-20th century. Is any of that muscularity left? I wondered. No, we both agreed, even in Center City it was mostly gone. (Thus, here at Hidden City we’re a bit obsessed with the ruins of old movie houses , breweries, and even five-and-dimes.)

Mumford, who we often imagine in opposition to the fervid, lustful, chaotic urbanism Jane Jacobs, was himself deeply ambivalent about modernism, and in 1956, the year of the passage of the Interstate Highway Act, prescient in his warnings about the impact of the car on the city (why–why in this stunningly mild winter do our streets seem so empty–and yet our restaurants so full–it is because of the automobile). And he saw danger in the coldness of architectural abstraction, a threat to the “organic richness” of cities (Jacobs and Mumford were truly only shades apart).

But Mumford loved one modern Philadelphia building–the Mercantile Library, on Chestnut Street. So long boarded up we almost forgot its existence. Well, the Mercantile is back–and you’ll read all about the act of resurrecting modern a little later today, in Vantage.