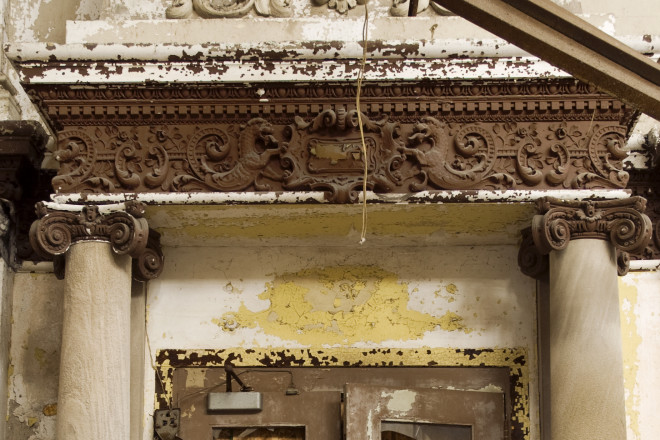 The ornate plaster work of the former Industrial Trust, Title & Savings Co., on Front Street just south of Norris under the El in Kensington, is a reminder (if we needed one) of how much wealth manufacturing once generated in this city–and how concentrated it could be. The bank is located directly adjacent to the Ninth National Bank profiled on Friday. Both banks were created by textile mill owners looking for a bridge across the troughs in their business cycle. Considering that the two banks were built so close to each other, and shared many of the same directors, it’s possible that they weren’t in direct competition. It’s also possible that one bank owned both buildings in later years. If anyone remembers if this was the case when they were owned by Philadelphia National Bank (PNB) or CoreStates in the 1960s or 1970s, please let us know.

Both bank buildings were acquired by the Norris Square Civic Association in 1989, and the group allowed them to deteriorate over two decades. The Women’s Community Revitalization Project acquired the properties from the NSCA several years ago, and is planning to tear them down and build 25 units of affordable rental housing on the site. Some funding remains to be found, however, and in the meantime the buildings continue to decay. 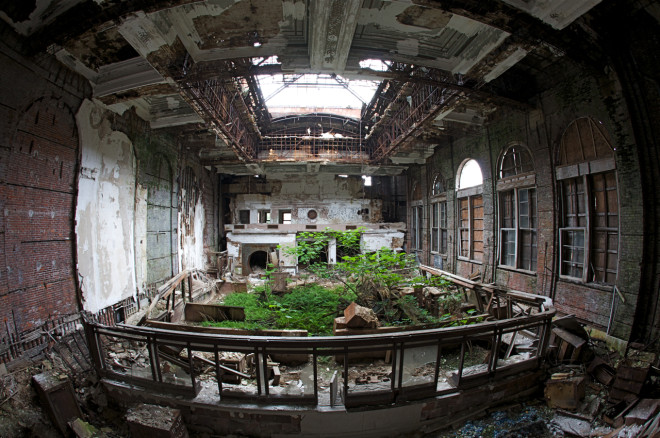 Interior of the Ninth National Bank