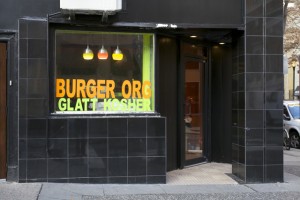 There are few places as democratic as a greasy spoon, and the Snow White diner on 19th and Chestnut was no exception. Its short order cooks were on a first name basis with businessmen, students and panhandlers alike until last week, when it closed to little fanfare. The luncheonette had plenty of fans nonetheless, including Inquirer food critic Craig Laban, who thought its burger was one of the best around.

The Snow White’s demise is the latest in a series of Center City diner closings, and while it may be a tad premature to call the diner an endangered species in Center City, changing tastes and demographics are certainly thinning the herd. The other Snow White diner, on 2nd and Market, closed last year and turned into Revolution House, a microbrew and pizza joint. Meanwhile, the Midtown diner empire has been reduced to numbers II and III on 11th and 18th Streets. respectively, with the Midtown IV now Stephen Starr’s El Rey and Ranstead Room. The gussied- up hamburger craze shows no signs of abating, though–the Snow White is being replaced by a Burger.org offering 100 percent organic beef.