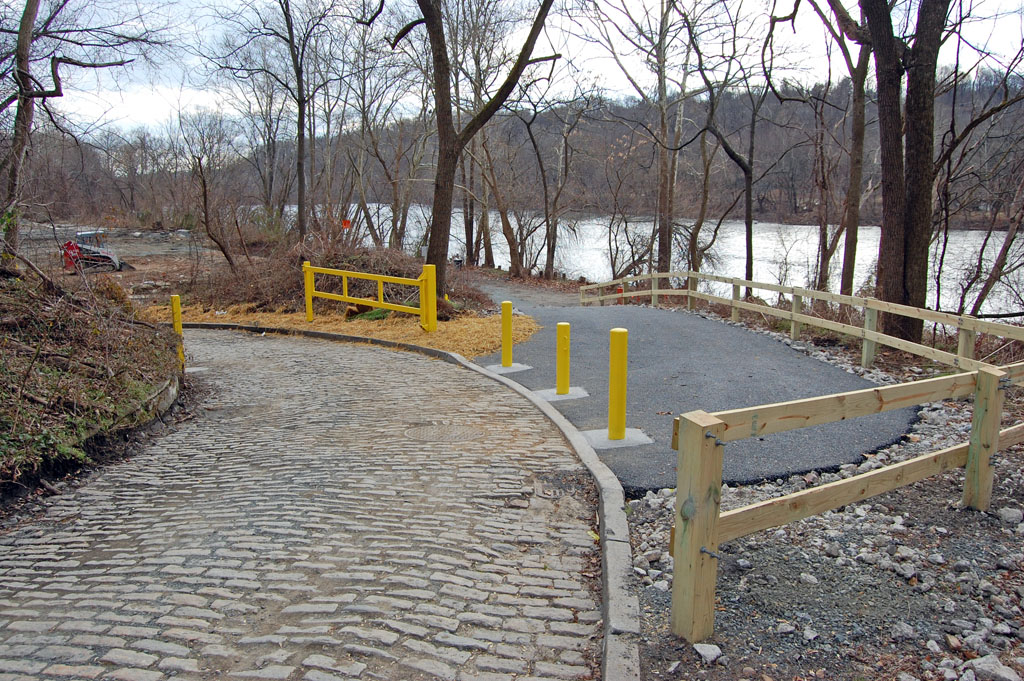 Reconstruction of two miles of the Schuylkill River Towpath Trail from Manayunk to Shawmont is nearing completion, with a formal opening/ribbon-cutting expected within weeks. Welcome improvements include a new fine-crushed stone surface, widening of the trail to 8 to 12 feet, and new wood decks and railings on four trail bridges. Sensitive to stormwater runoff, Philadelphia Parks and Recreation specified porous pavement for the new blacktop approaches to the trail bridges.

With years of careful planning and permitting accomplished, the construction itself has gone smoothly and according to schedule. A stretch of favorable weather and the focused efforts of contractor Gessler Construction combined to limit the duration of the trail closure to two months (the trail is not yet officially open, but enough progress has been made that it was decided to take the barricades down last week).

Two related projects are about to get under way. The contract to upgrade a mile of Schuylkill River Trail, from Shawmont west to the Montgomery County border, is about to be awarded. This was the first segment of Schuylkill River Trail to be completed, back in 1978, and it’s in need of an upgrade. The narrow macadam barely accommodates the volume of cyclists, runners, and bladers who use the trail. With the upcoming project, the trail will be widened to twelve feet. The completion of a quarter mile of new trail between Shawmont and Port Royal Avenues means that trail users won’t need to use Nixon Street any more. 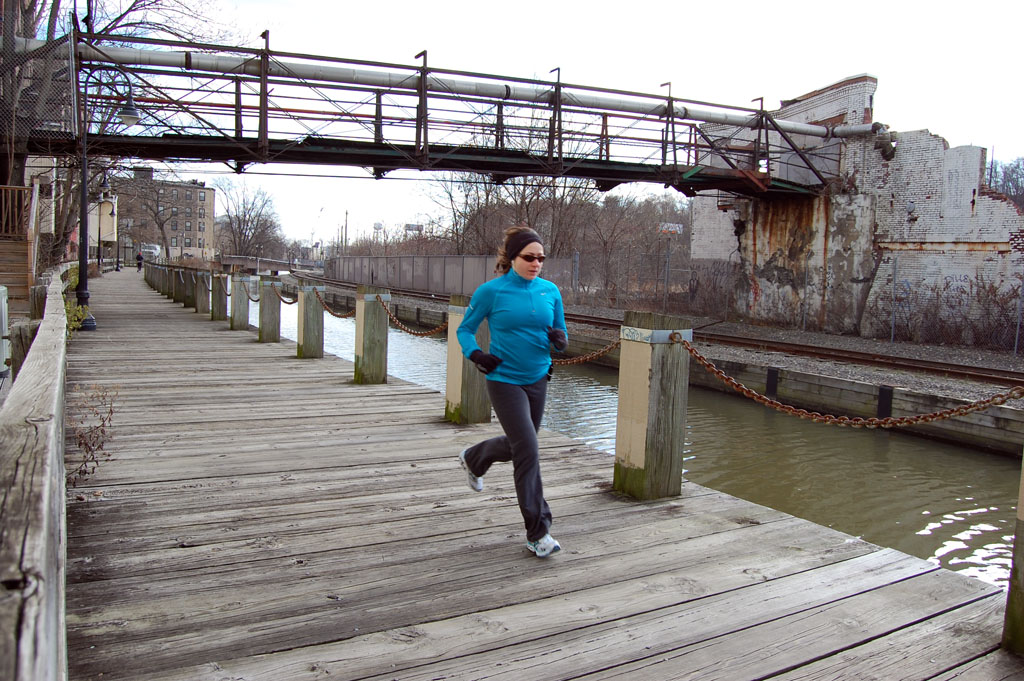 The Manayunk Canal itself is also in line for some attention. Built in the 1825 by the Schuylkill Navigation Company, the waterway hasn’t seen a canal boat in a hundred years. Lack of maintenance has allowed portions of the canal to silt in, particularly in its northern reach. A project to dredge and restore the stream flow of the canal is in the final planning stages and a public meeting is planned for late January or early February.