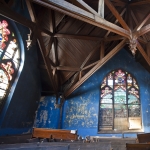 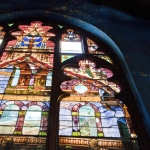 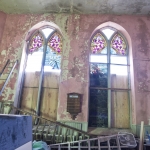 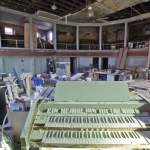 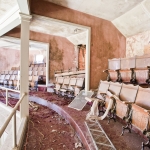 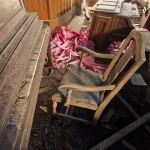 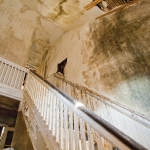 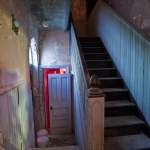 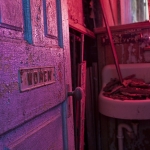 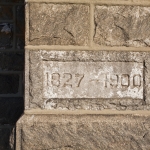 Editor’s Note: The Internet is a marvelous resource, but sometimes the Great Brain just doesn’t have very much to tell us, which is the case with the former Fourth Reformed Church on the corner of Manayunk and Monastery Avenues in Roxborough. The church was formed in 1827, and moved to Manayunk and Monastery in 1900. Fourth Reformed sold the property to the Holy Church of Christ in 1969 when it merged with the Talmadge Memorial Reformed M.E. Church, also in Roxborough, at Pechin & Rector Streets. The congregation later affiliated itself with the Orthodox Presbyterian Church, took the name Pilgrim Church, and is now located on Terrace St. in Manayunk.

Developer Andy Thomas, whose renovation of the church for residential units was discussed in today’s article about creative re-uses for churches, said that from what he could learn, the Holy Church of Christ operated a Christian radio station there along with holding services, but left at some point and allowed the buildings to deteriorate. They sold the property to Thomas in March of 2011. If anyone knows more about the history of the building or the congregation, please chime in.