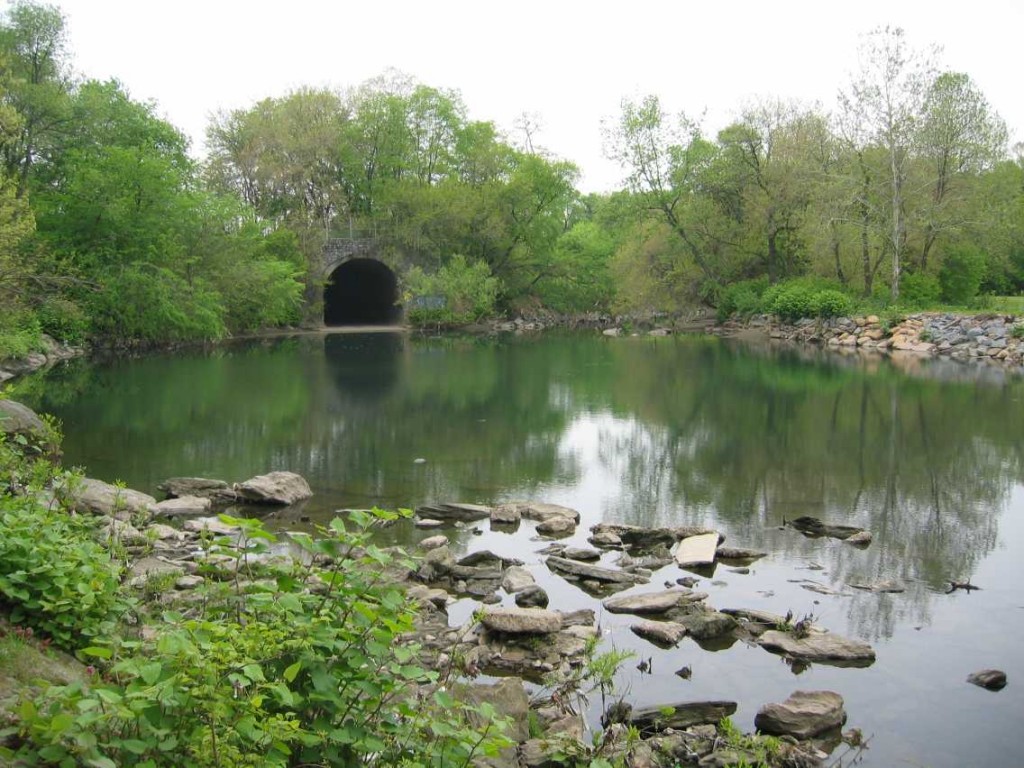 Walk through a wooded piece of parkland near I and Ramona Streets in Juniata Park, squeeze through a gap in the cyclone fence at the park’s eastern edge, and for a moment you leave the city behind. The main path goes through the woods to the right, but instead walk straight to the edge of a cliff, where the wooded, rocky ground drops steeply down to Frankford Creek. Across the stream is Juniata Park Golf Course. With summer foliage at least, the golf course feels like it’s set in the midst of suburbia. Depending on the level of water in the creek and how far down the slope you dare to clamber, the babble of the water over the rocky bed will fill your ears, calm you, cool you if it’s a hot day.

The closer you get the more trash you might notice in the creek; and your nose might detect an odd, soapy chemical smell that might warn you off drinking from, even wading in this stream. You might see a few small fish–the stream is ecologically compromised here, but not devoid of life. And then you might look to the left and see one of the oddest and most astounding juxtapositions in the city’s landscape, where man-made infrastructure meets the natural landscape in a most unnatural way–a gaping parabola of stone and concrete emerging from the hillside.

If you live in Philadelphia and ever wondered what happens when you flush the toilet, you’re looking at part of that story now: the outfall of the Wingohocking Sewer.

Wingohocking Creek, with two main branches and many smaller tributaries, once flowed from Mt. Airy through Germantown to this point. Here it joined with Tacony Creek to form Frankford Creek, which eventually flows into the Delaware River. As the city grew creeks like the Wingohocking were impediments to the regular spread of the street grid, besides often being polluted by waste from factories that had located along their banks. 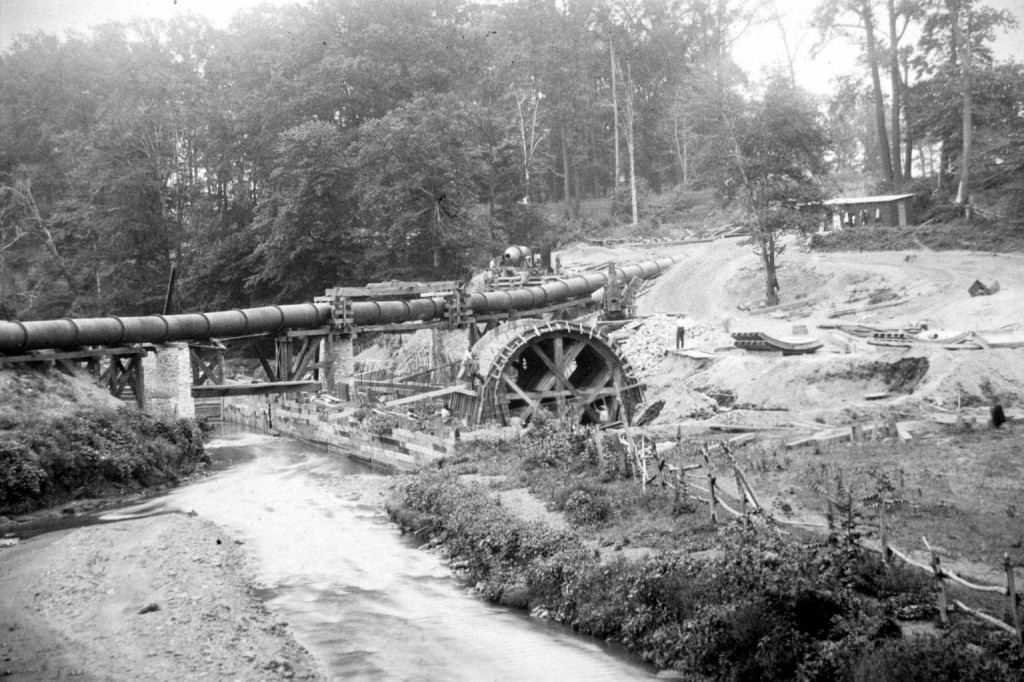 Beginning in 1879, city engineers began converting Wingohocking Creek into a sewer, diverting the stream into a giant pipe, section by section. This is creek to sewer conversion took about fifty years, but in 1928 the engineers finally managed to completely obliterate it from the visible landscape, making it an integral part of city’s hidden intestinal tract, 2,900 miles of underground sewer pipes.

More than twenty-one miles of streams in the Wingohocking watershed were ultimately put out of sight in this way (a process whose methods and justifications are explained on my website PhillyH2O.com HERE. Think about it as you stand on the hillside taking in the view of this outfall—at 21 feet high and 24 feet across, the largest of the roughly 200 combined sewer outfalls in the city. Look at it and imagine a stream instead of a pipe; trace this stream, in your mind, back to the many springs which fed it, all of them now buried along with the rest of the valley.

Almost every American city developed in this manner, and cities across across the globe today continue to exploit natural resources and destroy the natural landscape as they grow (at ever-faster rates). Very soon three-quarters of human beings will live in cities, a fact that–should these 19th century practices continue–will mean more dams, more culverts and less connection to the natural world.