Cities Without Beginning Or End 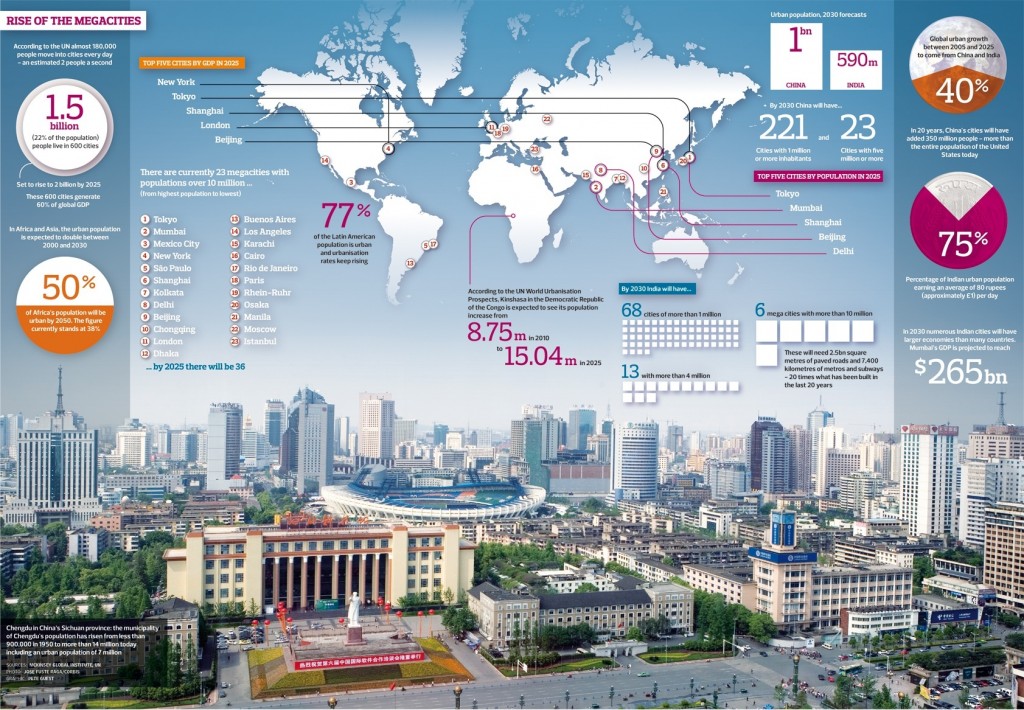 It is perhaps just what Italo Calvino feared, forty years ago, in writing Invisible Cities–“an outpouring of networks without beginning or end, cities in the shape of Los Angeles, in the shape of Kyoto-Osaka, without shape”–according to the UN, 2 people every second of every day are moving to a city, many of them to one of the world’s 23 mega-cities of 10 million or more…by 2030 in China alone, a billion urban dwellers.

By that year there will be 68 Indian cities of a million or more, six Indian mega-cities, 36 global mega-cities in all.

How do we think about Philadelphia in that context? How do we imagine it as a place that matters in the world?

I don’t suppose there are answers. Perhaps all we might do is watch and try to understand. A few years before Calvino started writing Invisible Cities, on November 6, 1964, Ed Bacon and Philadelphia were on the cover of Time Magazine. Why? The city was the singular example of urban renewal, “the biggest civic building boom the U.S.–or any other country–has known.” Quaint stuff in a world of Chengdu, Sao Paolo, Karachi, Dhaka…

For more on Chengdu and mega-cities, see the Saturday’s report in the Guardian HERE.

For a full-size version of the above graphic, click HERE.