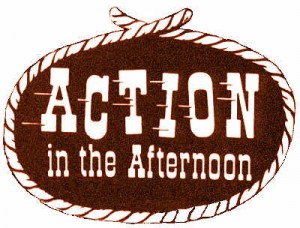 More network TV shows originated in Philadelphia in the early 1950s than in Hollywood. Shows like “Action in the Afternoon,” “The Big Top,” “Candy Carnival,” “In the Park,” “Summer School,” “What in the World?” “Ranger Joe,” and “Willie the Worm” were among the most popular in America.

In the 1970s came a spate of sitcoms set in Philadelphia. Tony Randall played a newly-elected Philadelphia municipal judge named Walter Franklin in “The Tony Randall Show,” which premiered in the Bicentennial Year of 1976. Judge Franklin inherited an overbearing law clerk named Mario Lanza. “Are you related?” asked the WASP-ish judge upon being introduced. “To who?” asked the clerk. “Mario Lanza,” replied the judge. To which the South Philly clerk replied, “I am Mario Lanza.” This MTM Production show’s opening credits featured copious shots of Tony Randall inside City Hall and walking and biking (!) all around Center City (as a good urban commuter). However, like almost all shows supposedly based in Philadelphia, “The Tony Randall Show” was shot on a Hollywood sound stage. It lasted for two seasons, the first on ABC and the second on CBS.

A sitcom called “Angie” ran for two seasons (1979-1980) on ABC (watch the opening theme HERE). It starred Donna Pescow as an Italian-American waitress in South Philadelphia adjusting to a new lifestyle after marrying a wealthy pediatrician played by Robert Hays (note a recurring theme). “Angie” was a top-ten show, as it aired after “Happy Days” on Tuesday nights. But when ABC returned “Laverne and Shirley” to its original Tuesday night slot, “Angie” was moved around to different nights and lost its ratings lead-in. The show’s opening credits featured several scenes around Center City, including some glorious aerial views of City Hall and vicinity. 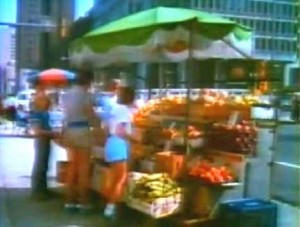 A vibrant street scene (JFK Boulevard and 15th Street) in the opening of Angie.

Native-born Philadelphian Sherman Hemsley played the insufferable deacon (and lawyer) Ernest Frye, whose father had founded the First Community Church of Philadelphia. He intends to keep the church under his thumb, but the new minister, Rev. Reuben Gregory (Clifton Davis), has other ideas. Every week, the reverend deflates the strutting deacon, but both really have the church’s best interests at heart, of course. The well known opening credit scenes of Hemsley parking his car at and walking into the church (watch HERE) were filmed in Philadelphia using Mt. Pisgah AME Church (428 North 41st Street). 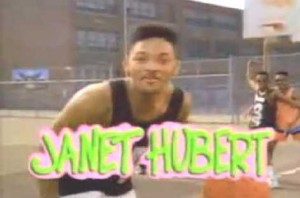 Will Smith in Roberto Clemente Park and Playground.

The wildly successful 1990s sitcom “The Fresh Prince of Bel Air” was about an underprivileged kid from Philadelphia living with his wealthy relatives in Beverly Hills. Starring Philadelphian Will Smith, this show ran for six seasons on NBC and made Smith a star. The famous opening credit shots—with Smith coming across some dangerous characters while playing basketball—were filmed at the Roberto Clemente Park and Playground (at 18th and Wallace Streets) in the Fairmount neighborhood (not West Philadelphia, as implied in the catchy theme song sung by Smith).

More recently, two Philadelphia-based teen sitcoms, “Brotherly Love” and “Boy Meets World,” survived several seasons in the 1990s. In 2004, ABC aired “The Big House,” a short-lived show about a spoiled college kid (comic Kevin Hart) who had lived a pampered life in Malibu until his widowed father was imprisoned for embezzlement. With no other family to live with, he is sent to Philadelphia to live a much more modest lifestyle with his aunt’s family. The sitcom “‘Til Death” ran on the Fox network from 2006 to 2010. Set in suburban Philadelphia’s Cheltenham Township, the series focused on the relationship and behavior of Eddie and Joy Stark after 23 years of marriage.

Lastly, the popular ABC show “thirtysomething” (1987-1991) was set in the Philadelphia Main Line (particularly Bryn Mawr). Starring Ken Olin and Mel Harris, this chronicle of life among a circle of yuppie friends and their children was loosely based on the lives of its creators, Philadelphians Marshall Herskovitz and Ed Zwick. thirtysomething went on to a life of reruns around the world.