Editor’s note: Of the eight schools on city controller Alan Butkovitz’s list of dangerous vacant school buildings, only one–Roberto Clemente Middle School–is deserving of the label. Clemente, the former Apex Hosiery mill, and the worst school building in the city in the 1980s and 90s, also stands on one of the city’s most dangerous drug corners. Of course, as Butkovitz says, it’s a “catastrophe waiting to happen.” It probably should be torn down. But the rest of Butkovitz’s proposal, to demolish seven other vacant schools, reeks of political opportunism. Four of the schools are historic, and they are mostly in very good condition. Perhaps, as the District presses forward on the closing of under-attended neighborhood schools, this battle is only just beginning. As regular Hidden City Daily contributor Rachel Hildebrandt tells us below, it would be a colossal mistake, and a waste of assets, to write off all vacant schools as liabilities. 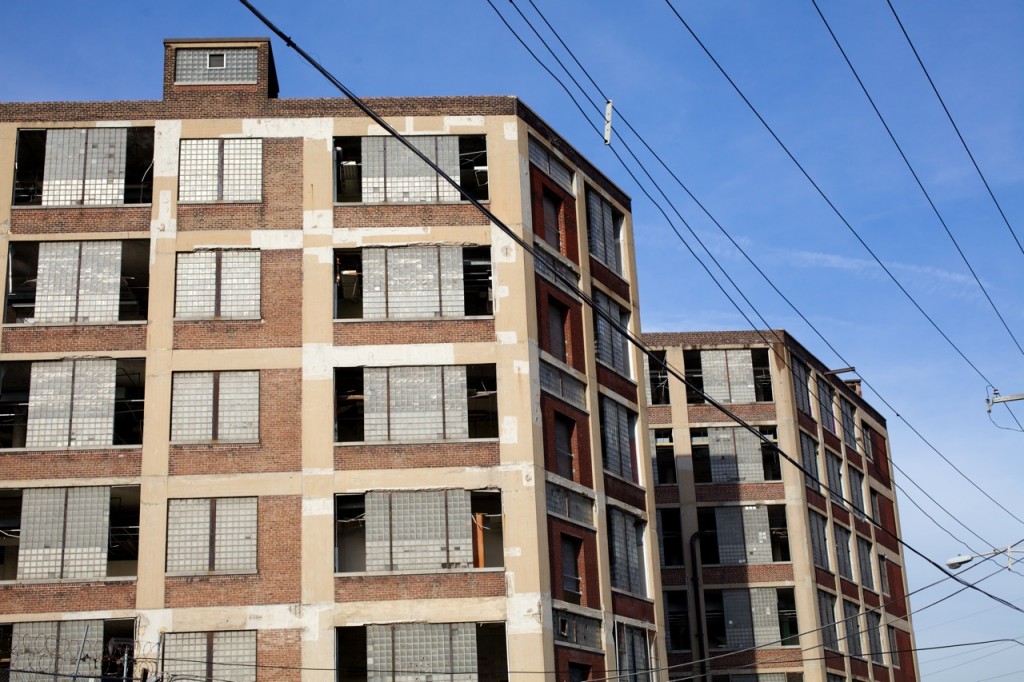 Last week, City Controller Alan Butkovitz accused the School District of Philadelphia of neglecting its vacant properties. He called for the demolition of eight long-vacant school buildings. To support his case, he presented dramatic photos and video of waste strewn in and about the buildings.

Indeed, long-vacant school buildings often attract blight. Most vacant properties do. But more importantly, vacant schools are potential assets. Philadelphia is filled with examples of school buildings that have been adapted to accommodate new, neighborhood-enriching uses.

To gain an understanding of how Philadelphia’s older public school buildings have fared within the context of preservation, I surveyed the 159 Philadelphia public school buildings that are listed on the National Register of Historic Places. These buildings represent about 85% of the schools that were built between 1818 and 1938. I found that of 159 schools, thirty-four had been adapted to accommodate new uses, six had been demolished, and eleven are vacant. The vacant schools include: 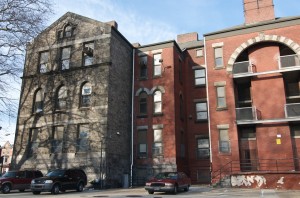 Four of these schools (Elizabeth Gillespie, George Childs, Rudolph Walton, and Simon Muhr) appear on Butkovitz’s hit list. Some of these buildings have remained vacant for a decade or more, but this does not justify their demolition. The Daniel Boone School, for example, which stands in the shadow of the Piazza at Schmidts, stood vacant for a decade in a neighborhood location seemingly irretrievable until Bart Blatstein converted it into a luxury apartment building. And the Mary Channing Wister School, located at 8th and Poplar, remained vacant for two decades until the Philadelphia Police Department converted it into a state-of-the-art forensic science laboratory. 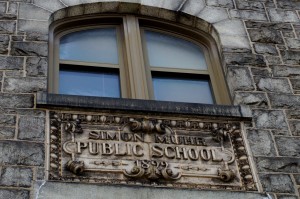 In addition, numerous schools have been adapted to accommodate community-serving non-profit organizations. The Thomas Powers School, located at 2801 Frankford Avenue in Kensington, was converted into the headquarters of the Community Women’s Education Project (CWEP). Since 1989, the CWEP has used the building to further its mission of providing life skills and vocational training to low-income women.

Vacant schools are thus hardly “catastrophes waiting to happen.” School buildings anchor and define their communities, and provide density and scale. They represent possibility. This is why we hope that the district will disregard Butkovitz’s short-sighted agenda and instead, develop a deaccessioning strategy that gives priority to adaptive reuse.